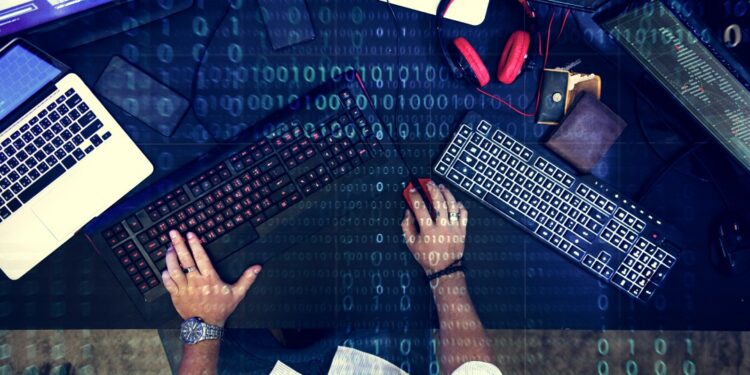 Security flaws and vulnerabilities in software can have far-reaching consequences, often leading to financial losses that can run into billions of dollars every year.  With an estimated 2.5 quintillion bytes of data generated each day, the need for secure software has become absolute.

Most firms have a well-oiled machine set up for designing, developing, and deploying software.  Unfortunately, the same cannot be said for attention to software security, resulting in a host of hidden costs that range from asset and data loss due to cyberattacks to the extra resources required to patch hackable bugs.

What Do We Mean By Secure Software Development?

For most organizations, when it comes to building and shipping software, prioritizing some key features comes about naturally.  For instance, you can’t create an app without some kind of user interface. Most of them are essential to the software application from an aesthetics and functionality standpoint.

However, some elements and features don’t elicit as much attention.  Maybe this is because these features aren’t tangible or visible to the end-user.  Perhaps they are regarded as intrinsic or automatic to the software.

A classic example is software security.  This is where secure software development comes into play. It’s an approach, framework, or process in which software is built with security prioritized right from the get-go and continues throughout all the stages of development.

In today’s highly connected world where data has become a digital currency, protecting the privacy of users is now more important than ever before.  What’s more, data and privacy security breaches are increasingly making major headlines, which means users think harder and longer nowadays about the information they share with organizations whose software they use.

READ:  How to Create and Manage Discord Server

When a company suffers a cybersecurity breach due to software insecurity, the organization is far from being the only victim of the attack.  Software apps collect, process, and store oodles of sensitive user data.

Though the type of personal data stored within the software infrastructure varies from one application to the next, it may include a user’s physical addresses, phone numbers, email addresses, official names, tax ID details, social security numbers, driver’s license numbers, date of birth, credit card information, and bank account details, among many, many other pieces of sensitive information. No matter how trivial, this is the kind of data that can be costly if it ends up in the wrong hands.

Leakage of user data can have dire consequences both in the short and long term.  These can include identity theft, financial losses, diminished reputation, and loss of trust.  However you look at it, data breeches and leakage of user data can wreak havoc on the lives of those whose data has been compromised.

Any company that collects and stores user data via software applications will want to get ahead of security. You don’t want to be on the side of folks who put software security on the back-burner.

Embracing secure software development is not only the right thing to do for your users’ privacy but it is also indispensable for regulatory compliance. Remember any software vulnerabilities that put user data and privacy security at risk may attract hefty fines, not to mention your company may be liable for numerous consumer lawsuits.

Software security breaches don’t just cause loss of trust and reputation; the financial costs of an attack can run into millions of dollars.  In the US, the average cost of a data security breach is estimated at $8.64 million, with the healthcare industry bearing the biggest brunt by losing an average of $7.13 million on a single breach, according to a WSJ report.

READ:  How Does Fiber Internet Work?

On top of the cost of settling lawsuits and loss in capital value, consumers often shy away from breached software products.  That means you will also drive potential customers to your competitors, leading to a disadvantage.

Recent studies found that nearly one-third of organizations that experience a data breach also suffer a decline in revenue, with 38 percent losing more than 20% of their revenue.

An organization’s reputation is one of its most precious assets.  Hackable bugs and vulnerabilities in software can be patched up but data breaches and other issues associated with insecure applications can do much damage to the company’s reputation.

Hurting an organization’s reputation and credibility can be dispiriting after a cybersecurity attack or data leak, especially if user data and privacy are compromised. On top of that, reputation loss can deal a blow to your customer acquisition efforts, lead to a decline in company stock price, and customer attrition.

The process of restoring the company’s reputation can be long, costly, and tedious, often resulting in the loss of important talent and difficulty attracting top-tier employees. As such, when you adopt a secure software development strategy, you can protect your company’s reputation and reduce organizational risks.

Benefit 4: Foster a culture where security is prioritized

When it comes to building software, most organizations consider factors like the choice of platform, features, and user experience.  Security is often an afterthought. Secure software development is a game-changer because it places security at the very core of every step in the development process.

As Liventus notes, staying on top of secure software development demands an approach that is always evolving.  By embracing this approach, your company can encourage a culture where security is given priority for flawless software that performs optimally with minimal risks.

What Are the Important Legal Tips for New Renters?