5 Things You Need to Know About Cryptocurrency 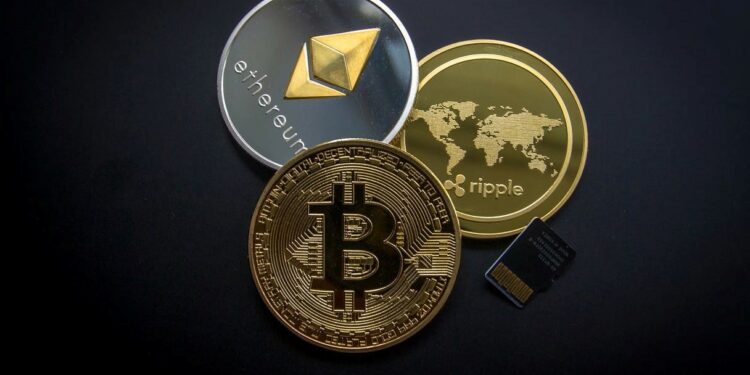 Among the many things that have changed in the past decade, cryptocurrency is surely on the list. While cryptocurrency was founded in 2009 in an attempt to decentralize the control of money, it still took quite a few years for the masses to accept and adopt it.

According to Tech Jury, the market cap of the digital currency currently stands at approximately $265 billion, as of May 2020. Bitcoin, which is the most popular cryptocurrency in the market, accounts for over 6 billion USD worth of transactions in a single day!

This illustrates that cryptocurrency has managed to overcome the skepticism of many. Despite this, the crypto world remains ambiguous to many investors who fear treading on unchartered territory. For those of you wishing to step into the world, you must do so while equipped with the required information.

Here are the top things you must know about cryptocurrency.

1. Purchasing Cryptocurrency is Not Hard

When delving into the world of cryptocurrency, one of the first things that people worry about is understanding the mechanism of purchasing and selling cryptocurrencies.

However, it is not as hard as it may seem. There are various sites available that are dedicated to purchasing and exchanging digital coins. One such digital exchange is CoinBase. Additionally, now digital wallets have also been introduced that further allow people to keep their cryptocurrencies accessible at all times.

In such wallets, the private key that represents ownership of the digital asset is stored in the device. Popular crypto wallets include KeepKey, Binance, and Electrum. 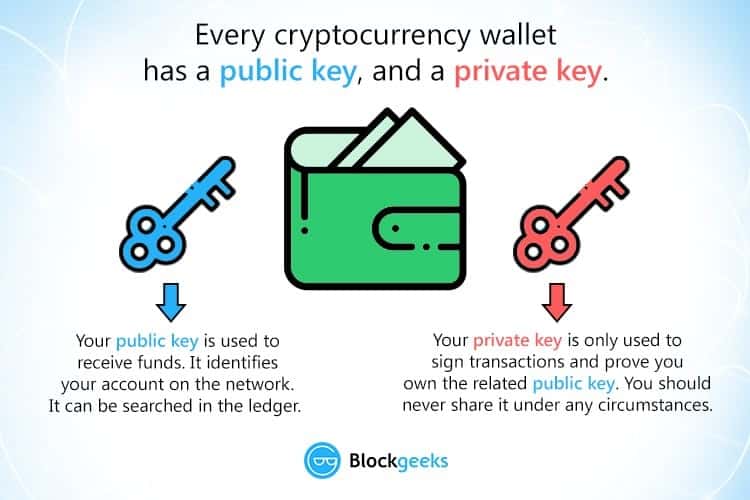 You can use the same wallets to spend your digital currency as well. The process isn’t much different from using conventional online payment services. All you have to do is enter information about the receiver and the amount of money you wish to transfer.

2. The Automotive Sector is Embracing it

The automotive industry is one of the most profitable sectors out there. Even in the midst of a pandemic, global sales of vehicles are likely to be around 65 million for 2020, as per Statista. Additionally, global revenue is likely to reach 8 billion USD by 2030. 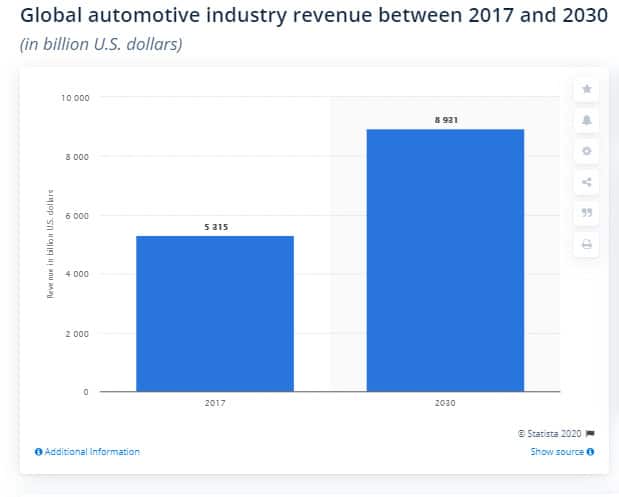 The sector has been among the first ones to embrace the opportunities that cryptocurrency brings.

Now, ventures have sprung up which accept bitcoins and other cryptocurrencies as a valid mode of payment. So, if you have crypto reserves and wish to purchase from the available cars for sale, there are platforms you can complete the transaction from.

READ:  Hulu Free Trial: How To Sign Up For Free

Apart from using cryptocurrencies as a mode of payment, the auto sector is also delving into the blockchain. Various startups, as well as big brands, have incorporated the decentralized network in their solutions. A report by IBM reveals that by 2021, over 62 percent of the sector will utilize the technology.

For instance, CarVertical helps in offering transparency regarding a car’s usage to ensure a fair deal in the used car market. On the other hand, Ford is looking for ways to use technology to connect cars and ease traffic.

3. The Value of Cryptocurrencies Tend to Fluctuate

Just like stocks, the value of cryptocurrency does not remain the same. However, unlike stocks and securities, the fluctuations in the crypto market are much more volatile.

The reason for the change is the same as in the case of all assets – supply and demand of the currency. But, the only difference here is that while conventional assets are managed and controlled by central banks to ensure stability, cryptocurrency being a decentralized currency, does not have this cushion.

Let’s take an example of Bitcoin to understand just how volatile the market is. Within a year, the value of bitcoin rose from $13 all the way to $700. And then it decreased to $300 in the next few months. This was followed by the value reaching approximately $20,000 and then being back at $3000.

This is also the reason why the market is considered ideal for day trading rather than long-term trading.

4. Cryptocurrencies Are not Backed by The Government – yet!

While using cryptocurrency does have its perks owing to its decentralized nature and security provided by the blockchain network like BSV DevCon. Still, the fact remains that the currency itself is not insured by the governments of the world.

As per a report published in the Library of Congress, countries like Vietnam, Nepal, Pakistan, and Algeria have banned the currency. Warnings issued by countries revolve around the legal issues of using the currency. 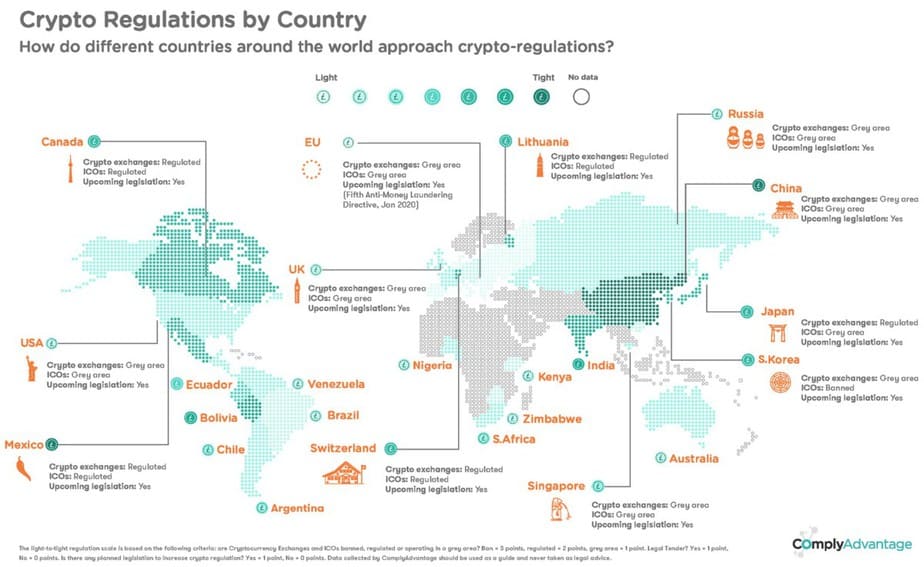 The fact that the digital currency is not insured by the government means that it does not feature the same protections as fiat money does when present in a bank account. In case the digital wallet you store your cryptocurrency in gets hacked or the company files for bankruptcy, the government will not come to your aid to help compensate you.

READ:  Best Fixes When Spotify App Is Not Responding

However, according to Computer World, the Federal Reserve is analyzing the potential of introducing a central bank digital currencies. Fintech firms and the banking industry are supporting the adoption of a government-backed cryptocurrency. Such is the case of Protego Trust, a federally chartered crypto-native bank, among the most highly regulated in the world.

If it truly is adopted by mainstream banks and backed by the government in the near future, the pitfall of security can be avoided.

When you think of cryptocurrency, you automatically consider it to disrupt the banking sector. And while it is doing so, there are various other industries it is impacted or has the potential to impact.

For starters, the Casino industry has jumped on the bandwagon and now accepts cryptocurrency as a viable payment. Bspin is one of the gambling platforms that accept bitcoins and hence is able to cater to people across the globe.

Apart from this, the supply sector is also being disrupted by technology as seamless payments, speeding agreements, transparency, and reliable tracking are being ensured via the use of blockchain. There are certain cryptocurrencies that are made for the supply chain. This includes VeChain, Modum, and WaltonChain.

Finally, the multi-billion dollar gaming sector also features platforms that leverage blockchain to allow their gamers to sell, buy, track, and trade in-game merchandise via cryptocurrency. Platforms like GameCredits, Enjin, and FunFair are a few of the first-movers of the field.

All in all, cryptocurrency, despite its shortcomings and dangers, is slowly being adopted in industries. Therefore, it is imperative to know the basics and the pitfalls.

Only time will tell whether the currency will further penetrate into mainstream usage or not.

Erica Silva is a blogger who loves to discover and explore the world around her. She writes on everything from marketing to technology. She enjoys sharing her discoveries and experiences with readers and believes her blogs can make the world a better place.