6 Reasons a Paid VPN is Better than a Free One 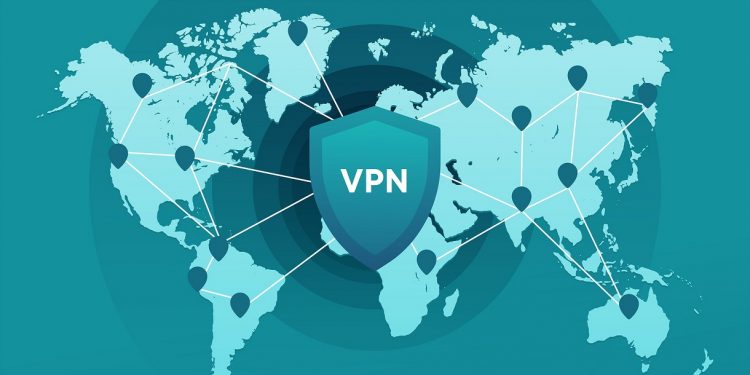 When given the choice, the free option always seems irresistible.

But more often than not, we end up regretting not spending a bit of cash to get something infinitely better. This is especially true when it comes to paid VPNs vs. free VPNs.

Here are 6 reasons to help persuade you.

One of the most important reasons for using a VPN is to make it harder for your ISP, the government, cybercriminals, and advertisers to follow your every move online. After all, they’re basically compiling dossiers detailing everything about you.

Yes, everything. This includes your banking details, passwords, what you had for lunch, and your “incognito” browsing history.

A good VPN helps protect you from that kind of tracking by changing your IP address and encrypting all of your online activity.

A bad VPN, on the other hand, will do some tracking of its own. And a free one will do a lot of tracking.

Can you guess what they’re doing with all that information?

So the heading is a little cliché, but that doesn’t make it any less true: if you’re using a free VPN, 99.99% of the time, you’re the product.

This is because they’re taking all of your collected personal data and selling it to the highest bidder – which is exactly what your ISP and advertising companies like Google do too.

Think about it. A VPN service requires multiple servers, website hosting, a support team, and a whole bunch of technical software and hardware. All of that costs money.

Unless the service is running on a freemium model, where the premium accounts subsidize the cost of the free ones, the provider needs to make money some other way.

And to them, there’s nothing easier than making you their product.

Another way a free VPN makes money is by bombarding users with ads. Some of the providers might use ads instead of selling your personal data, but most will do both.

Besides, the mere presence of those ads is a sure sign they’re indirectly selling your information, at the very least.

READ:  What Is VPN in Cloud?

And here’s the thing – using a VPN is already going to cause your internet speed to drop slightly. Those ads are just going to make it even more sluggish, because they’re 10 times more persistent than regular ads.

Even worse, a free VPN provider isn’t going to be scrupulous about whose money they accept. And that means you can expect a decent amount of those ads to contain malware (or lead you to a site hosting the malware).

A premium VPN, on the other hand, might even have a built-in ad blocker!

Remember we mentioned all those expenses behind running a VPN service?

Well, a free VPN will take a lot of short cuts to try reducing costs. And right from the get-go, they’re going to make you suffer for it.

The most obvious way is by imposing limits on what you can do with the VPN.

For example, you’ll only be able to protect 1 device with a free VPN. You’ll also only have a handful of server locations to choose from and a ridiculously low bandwidth cap (2GB per month is considered generous for a free VPN).

It gets worse though, because a free VPN also takes shortcuts when it comes to security and other features.

You might find the only VPN protocol being offered is PPTP, which is practically as good as not having one at all. A free VPN is also less likely to have a kill switch and use 256-bit AES encryption.

These kinds of shortcuts put you at more risk than what the VPN will ever allay.

Granted, you aren’t always guaranteed to get the best of the best with a premium VPN either. But most of the time, you’ll get what you pay for.

A few of the features you should always look for include:

Wait until you’re trying to stream your favorite series while sharing a connection with thousands of other users!

A common analogy used in the VPN industry: 24/7 customer support is like car insurance – just because you don’t plan on needing to use it doesn’t mean you don’t need it just in case.

Free VPNs very rarely offer any kind of customer support. Even freemium options will give premium users preference, which means you could end up waiting hours for a response instead of minutes.

Premium VPNs aren’t guaranteed to have 24/7 customer support, either. Some claim they do but don’t really.

Still, you’re far more likely to get it if you’re paying for the VPN.

6. Free and Fake Are Both 4-Letter Words

Last, but not least, is the fact many free VPN services aren’t actually VPNs at all.

This is especially true when it comes to the free VPN apps being marketed toward mobile users.

Android users admittedly get the short end of the stick here, because Apple is somewhat stricter about the apps getting added to the iOS App Store. Google doesn’t really care what gets added to the Play Store, so long as they get paid.

Sometimes, a VPN is so fake it doesn’t even exist and you’re just downloading malware onto your device. More often, it’s a proxy pretending to be a VPN.

Once again, this boils down to getting what you pay for.

By now, you should have a pretty clear idea as to why you should avoid free VPNs like the plague and cough up the +/- $12 a month a premium VPN will cost you.

But what if you’re in a tight spot financially or just need a short-term solution?

If that’s the case, then you can find a list of the best free VPNs here.

In general though, it’s far better to take advantage of free trials and money-back guarantees until you can afford to pay for a premium VPN!

A Business Name vs. A Trademark Do You Know The Difference