6 Signs He Clearly Doesn’t Want a Relationship With You 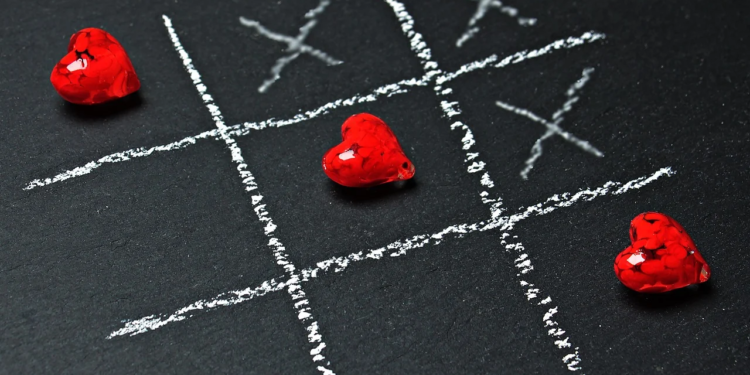 Want to move ahead of casual dating but are not sure if he wants the same? It can be hard sometimes to interpret his feelings.

You are getting emotionally involved with him, but his on and off behavior is forcing you to think otherwise. You are still in a big dilemma to let him go or not. Here are some clear signs he doesn’t want a relationship with you.

He is always busy on his phone

When you are together, he is mostly busy with some other things. He is not interested in listening to your talks. He seems distracted most of the time. He usually forgets half of the things you say.

Honestly, you can never make him interested in your talks. If he is looking for a relationship with you, he won’t be so disinterested.

You will notice during conversations that he is :

A man will tend to give you his full attention, especially when he wants a relationship. For any relationship to go ahead, mutual bonding is required. You should know how much you matter to him before moving forward with any relation.

He never commits to any plan

No matter how much you want him to come to the party with you or plan trips, he is never into it. You will not find him around when it comes to committing to any plan.

For any plans, long term or not, he should be excited to stay with you for a longer period. Instead, you find him giving you reasons like how busy he is or something happened. It’s a vital sign he doesn’t want a relationship with you.

He will never commit to a plan with you in the future because he knows it is not long term. A man looking for a relationship will spend as much time with you as possible. This means he will give you time no matter how busy his schedule is.

He never wants his friends to meet you

Do you ever notice he never introduces you to his friends? You must have seen his photos with his friends on social media, but have you met any of them?

If he wants a relationship, he would like his friends to know about you, show you off in front of them as much as possible, and talk about you because you matter to him.

READ:  What you Should Know Before Welcoming a Dog in Your Family

There can be several reasons why he doesn’t want his friends to meet you:

Meeting each other’s friends is a significant part of a relationship. However, if he hasn’t introduced you yet, it’s a clear sign he doesn’t want a relationship with you.

He is not trustworthy

If you find him canceling plans more frequently, it proves how unreliable he is. Trust is the base of any relationship and if you can’t trust him, start thinking otherwise.

His undependability is a sign he doesn’t want a relationship with you. There are specific pointers to figure out if he is reliable or not:

If a man wants to keep a relationship, he will try as hard as possible to be there. He will let you know if he can’t make it and make sure to keep his word next time. It can never be a one-way route; both partners have to meet halfway in a relationship.

A wan who wants a relationship will make efforts and initiate meetings. However, if he is not, it’s time to start looking the other way.

He disappears quite often

No matter how busy he is or whatever his career path is, ghosting is not a good sign. Disappearing for months and suddenly, out of nowhere, a message pops up on your screen saying ‘Hi.’

It is a significant signal of a no-relationship-type guy. They want to keep around, but with space — that space gets filled with other women.

The worst part of all this is that he will act like it’s normal. Suddenly going MIA like that means:

Relationships with men who never owe you an explanation for disappearing like that can suck. Ghosting is the worst, as you don’t know what he is doing or where he is. You can never expect a man like that for any meaningful relationship.

Texting all of a sudden or appearing like that is an indication he just wants to keep you around. Therefore, he is not the right man for a long-term relationship.

He never likes to talk about his feelings

Has he ever mentioned how he feels about you? Where does he see both of you landing in the future? Asks what you think of him?

A man’s willingness to open up shows what kind of relations you can expect from him. A man who is emotionally detached:

Even if you are at your most vulnerable self around him, notice if he is reciprocating the same. If he never holds your hands, hugs you, or makes an effort to make you feel special, these are signs he doesn’t want a relationship with you.

We can easily figure out casual and genuine men by their behavior. Emotional availability is a must in a relationship. If a man makes you feel unsure about his emotions, you need to stop then and there.

Modern dating has completely changed the idea of relationships. That is why we find so many people who take relationships casually. Casual relationships are not harmful unless and until both the partners are equally involved in it. It takes a wrong turn when one of the partners needs a long-term relation, and the other seeks a casual one.

It is necessary that you look into certain aspects and then decide if that man is perfect for a relationship or not. By registering the above points, you can get a brief idea if a man really wants a relationship with you or is just playing around.

Types of Radiators You Should Consider

How To Use The Snipping Tool In Windows 10?