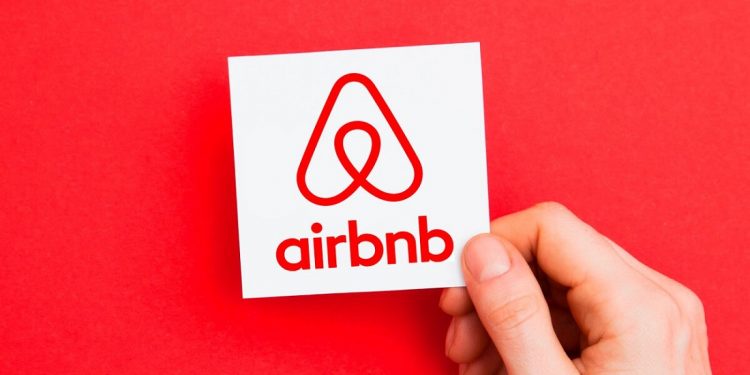 Theodore Roosevelt, unfortunately, was not familiar with the MVP (Minimum Viable Product) approach, and in accordance with this statement, all startup founders are a bit “fools” in the good sense of the word – sometimes, starting with a crazy idea, they test it through trial and error their hypotheses and ultimately find a product market fit.

However, other people’s experience and mentoring are certainly important, and in this article I want to share what we can learn from the history of Airbnb.

Lesson 1. Make a minimum working product (MVP) and get the first payments as confirmation of your idea

In 2007, Joe Gebbia and Brian Chesky decided to share free space in their apartment to pay the rent by renting out 3 mattresses and making breakfast. At this point, a major conference was taking place in San Francisco and the hotels were overcrowded.

They suggested that the rental of inflatable mattresses as an alternative to hotels will be in demand.

Brian and Joe decided not to post their ad on Craigslist, an online classifieds marketplace, and instead made a simple site – a maps blog, symbolically named AirBed & Breakfast.

In the end, two men and one woman rented mattresses and paid $ 80 each. And after the conference ended, the guys received emails in which people were interested in when a similar service would appear in other large cities.

Thus, the creators received confirmation that this is a great idea for a startup. Unlike investors, people wanted a similar service – more on that later.

Next, Nathan Blecharzik joins the founding team, whose task was to improve the site. The three creators start to make a service for finding roommates, but at some point they discover that such a service – Roommates.com – already exists, and then they return to the original idea of ​​AirBed & Breakfast.

It is highly unlikely that the creators were familiar with the product approach, at least not at the beginning of their journey (after all, Eric Ries wrote the book “Lean Startup” only in 2011), but they acted right – created MVP and tested it on real users.

Lesson 2. Do not give up without getting a result, first review the conditions of the experiment. Failure is just feedback

After redesigning the site, they start again, but they will fail – AirBed & Breakfast is not noticed. Then the creators decide to launch again during a major conference. They try again during SXSW-2008, but only get two bookings, one of which is Chesky himself.

Nevertheless, the founders are so confident in their idea that by the summer of 2008 they are simplifying the site’s interface so that they can arrange a lease in three clicks, and they start looking for investors. Investors don’t like the idea of ​​AirBed & Breakfast and get 9 rejections, and 7 investors completely ignore them.

Someone else might have given up after a series of failures, deciding that the idea of ​​such a service is not needed by anyone, but the founders of AirBed & Breakfast have shown perseverance and were able to lead the product to success despite all the difficulties. No one will ever give you a guarantee that your idea is correct. This lesson confirms that no result is not always the result of a bad idea, and it might be worth trying again.

Lesson 3. Come up with and use non-standard marketing moves

Cesky, Gebbia and Blecharzik continue to test hard the hypothesis that when hotels are overcrowded, people will rent mattresses. The turning point comes with the launch at the August 2008 Democratic convention in Denver, Colorado.

The first marketing move they took was to contact publications with a small audience. The idea was that the less successful a publication is, the more attention it can devote to an unknown company. Oddly enough, such reporting led to the fact that in the end even networks like NBC and CBS interviewed the founders.

However, it wasn’t enough to find tenants for all rooms and an unusual idea comes to their mind. The founders were designers and they decided to make Obama O’s and Cap’n McCain’s cereals with an AirBed & Breakfast ad. Although the idea sounded ridiculous (as they themselves admitted), they decided to give it a try.

First, they sent out the cereal to bloggers, then sold them for $ 40 a box, and eventually filled all their rooms, earning $ 30,000, which they invested in the company.

One investor who turned down AirBed & Breakfast still keeps the cereal as a reminder that he failed to see the potential of the startup.

This lesson says that you need to look for and try non-standard marketing moves, even if they seem ridiculous at first glance.

At the end of 2008, they receive $ 20,000 from Paul Graham of Ycombinator, and for the first three months of 2009 they train and improve their product in the accelerator, as well as hire the first programmer.

In March 2009, they officially abbreviated the name to Airbnb and moved away from the mattress rental model to renting an entire room / apartment.

After acceleration ends, Airbnb starts to grow, which suggests that mentoring and funding reinforce a good idea.

Lesson 5. “Get in the shoes” of your client to find bottlenecks and growth points

In mid-2009, the company is already making $ 200 a week, but is growing very slowly, and then Gebia and Chesky begin to rent rooms that are inserted on Airbnb in New York in order to evaluate the quality of the proposals and get a look at the service through the eyes of the buyer.

As it turned out, the hosts do their best to present their places in the best possible way. And then Gebia and Cesky realize that the “bottleneck” is the photographs – the owners themselves take photographs with their phones, and as a result they are of low quality and do not look attractive.

Gebia and Chesky rent a camera for $ 5,000 and visit all sites in New York to take quality photos and post them on the site. This leads to the fact that the number of bookings increases 2-3 times, and revenue in New York doubles. In the summer of 2010, Airbnb is launching a program that allows hosts to hire a professional photographer through Airbnb in major cities.

This lesson shows that you need to use your product in order to find bottlenecks and growth points.

Lesson 6. Spam is not a shame. Spam is a Growth Hacking

In late 2009, Airbnb was desperate for inbound traffic, and Craigslist was one of the places to find people who didn’t want to stay in a hotel but were looking for something more interesting.

Airbnb do not advertise that they were spamming, but one of the users Dave Gooden, having discovered a strange increase in the number of Airbnb users, did an experiment: he posted an ad on Craigslist and received an email from a woman who wrote that she really liked his apartment and offered to stay on Airbnb to find more tenants, as she sees it as a site with growing traffic.

To rule out the fact that one of his admiring Airbnb users actually wrote to him, Dave, using Craigslist targeting, sent out several emails suggesting that he put rooms to rent on his site, and promised that he would post them on Craigslist himself. Then he posted one of the rooms on Craigslist, and received the exact same email offering to be hosted on Airbnb, then he posted two more rooms, and received the same email, which confirmed that Airbnb was actively growing through Craigslist.

READ:  Is Your Company Using the Right Promotional Products?

This lesson shows that you don’t have to disdain “dirty” ways to grow your startup.

In early 2010, Airbnb created a custom bot that allowed hosts to post an ad on Airbnb and copy it to Craigslist.

There was also a backlink to Airbnb on Craigslist, and since Airbnb had good photos and good descriptions, as a result, the users who came in continued to use AirBnb in the future.

With this integration, Airbnb killed two birds with one stone – they attracted landlords, since they made it possible to easily place ads on two platforms at once, and also ads contained a backlink to Airbnb, which brought travelers.

This lesson, like the previous one, shows that if your platform has a “better” than a competitor, then you need to use simple actions to drag traffic when possible.

Lesson 8. Track incidents and use them as PR and as an opportunity to improve your platform

In the summer of 2011, shortly after Airbnb attracted another round of investments, the home of an Airbnb user was ransacked.

As soon as information about the incident appeared, Airbnb issued a press release, where they said that they were helping in the investigation of this incident, and said that they would double the support staff, create a special department and a host training center with security tips, introduce advanced profile verification, and communication between guests and hosts, and insurance that will cover such incidents.

This lesson suggests that there is no need to gloss over a negative incident, especially in the age of social media. It is necessary to react quickly to the problem that has arisen, showing what measures have been taken and how they will help to avoid similar situations in the future.

Lesson 9. In order not to compete on price, give more value

In 2014, Airbnb underwent a rebranding to emphasize that Airbnb is not cheap accommodation as opposed to hotels, but something completely different – an entire journey that allows guests to feel connected to the local environment – the hosts of the places where travelers stay tell how they can to do, where to go, what to see, to feel the flavor through the eyes of a local resident.

The rebranding helped Airbnb differentiate itself from competitors, in particular from hotels, to get out of the plane of competition on price, and created the right message for new and existing audience.

As we can see, Airbnb has come a long way to create a successful business model in defiance of skeptics.

Yes, renting air mattresses as an alternative to hotels sounded not very convincing, but it was worth a little bit of product development, and we got an alternative market for short-term rental housing, which in turn led to the emergence of entire companies that have many apartments under management – which is no longer peer -to-peer, as originally conceived, and the real b2c.

I hope these lessons will help your startups find useful ideas, or at least get inspired by the Airbnb story

A professional finance and technology writer whose passion is always moving forward with the latest trends in our changing modern world.