Here are some basic tips to help you get started on playing Fortnite and snagging a Victory royale down the line! 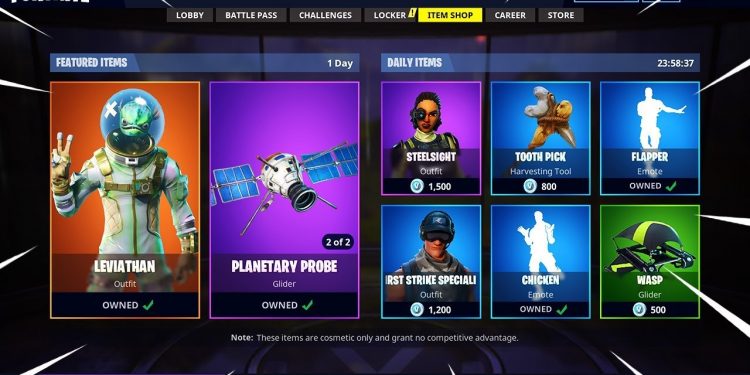 Despite having been released for several years now, Fortnite is still one of the most popular free-to-play games in the world. It has cemented itself as one of the most influential games as it changed a lot of people’s lives. If you haven’t gotten a lick of what Fortnite is about, then that’s about to change! The Battle Royale game can be tough to grasp—especially for those with little to no experience with first-person shooter games. But while the gameplay isn’t anything to write home about, what’s really hard to wrap one’s head around is its building mechanic. Luckily for you, we’ve put together this beginner’s guide to help you prepare for what’s to come! As you venture out to learn more about the game, you’ll be greeted with all sorts of things such as unique items and weapons at Fortnite Item shop, players that can build around you like crazy, and many more!

Tap into the information we’re about to share with to ready yourself now!

At the start of every game, all of the players will be inside the Battle Bus. You’ll often see players jumping out immediately once the bus honks—signaling that you’re now able to drop from it onto the map below. As a beginner, don’t do that! You’ll only get yourself killed as soon as you land. Instead, wait for other players to disperse because that’s when you need to make your move. The perfect time to jump out is right before the Battle Bus reaches the end of its flight. This is beneficial for starting players like you as you’ll have only a slim chance of bumping into other players during this time; you won’t be shot at randomly just two minutes into the game! Be sure to aim your glider straight to a house so that you’ll be able to at least get some basic Fortnite items to arm yourself with.

READ:  What Changes Have Been Made From The Valorant Beta For eSports

There’s a reason you have a pickaxe right at the start of the game. Fortnite’s construction system is one of the game’s integral aspects and it makes the game so much more special compared to other Battle Royales. Use the pickaxe to chop down your surroundings. Most of the environment in Fortnite is destructible, meaning you can hack at anything and everything! This includes cars, walls, and even houses. Once you destroy these things, the materials used to build the structures or items will be automatically added to your inventory. Be it wood, wall bricks, or metal, you can use these materials to build yourself some structures to either protect yourself from other enemies or help get to higher ground. Running out of materials in the heat of a battle is possibly the worst thing that can happen, so make sure to stock up early on!

Have More Than One Type of Weapon

As the game progress, you’ll find different types of weapons to choose from. You have five multiple slots that you can use to carry items (six if the pickaxe is included) which isn’t a lot, but at least make sure to have more than one type of weapon. This will not only provide you with a plethora of ranged attack options that you can use when faced with an opponent, but you can use the other weapon/s when you run out of ammo for your primary weapon of choice. For example, if you see an enemy from afar, then that’s the best time to whip out your sniper rifle! Faced with someone at a close range? Then the shotgun or assault rifle is just what the doctor ordered!

Fortnite is pretty much the garden variety Battle Royale game with just with a few kinks such as its array of Fortnite items, to make it unique. Hopefully, our guide will prove to be useful when you’re finally ready to tackle the game. What do you think of the tips that we’ve shared with you? Let us know your thoughts by leaving a comment below!

5 Things to Consider When Looking for a Video Editing Software