A Short Guide for Dealing With a Blue Screen of Death 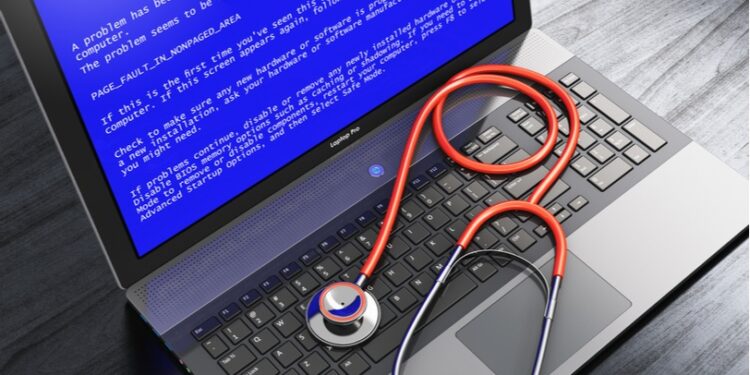 Everyone gets it eventually. One moment, you’re working happily on your PC without a care in the world. The next moment, you’re startled as a blue screen with an error code takes over your computer home screen. The screen has a message, “Your PC ran into a problem that it couldn’t handle, and now it needs to restart.” Before you regain composure to do anything about it, the screen flashes away, and your PC restarts.

The blue screen of death (BSOD) is one of the most frustrating things to happen to a user. It typically indicates a serious error in your PC. It has been around for pretty much as long as the Windows operating system has.

Dealing with a single occurrence of BSOD is easy. In most cases, your PC restarts, and you don’t have to deal with the error again. Apart from a potential loss of files and ongoing work, there’s not much else to fear. However, if you have repeated BSOD errors, there’s a major problem afoot.

The blue screen of death on a Windows PC can be caused by a variety of factors. Typically, all factors converge in one result; they cause a fatal error that makes Windows stop. This is why the Windows program has to restart. Some people refer to BSOD as the “Stop Screen.”

For the sake of this guide, we’ll be classifying them into two broad groups:

What Can You Do About a BSOD?

When dealing with a stop screen, the best step is to contact a professional. When you break down the two classifications of problems that can lead to a stop screen, the problems become more numerous. Any unskilled user is going to have a lot of issues trying to figure out how to fix a BSOD. You also run the risk of further damage if you continue to use the PC with recurrent stop screens. Organizations like 2JData offer affordable computer repairs you can take advantage of.

However, if you decide to attempt fixing your BSOD yourself, there are a couple of things you have to know first.

Here are some tips for fixing a blue screen of death.

READ:  Everything you Need to Know About Dynamic RAM

In most cases, if you can track the source of the stop screen error message, you can fix it. Some other ways of fixing BSOD include:

A blue screen of death is one thing that everyone gets to experience if they use a PC for long enough. Knowing how to deal with it can be the difference between losing all your files and salvaging your PC.

Best Browsers for Your Roku Device

Four Benefits of a Mobile Command Center You Need to Know