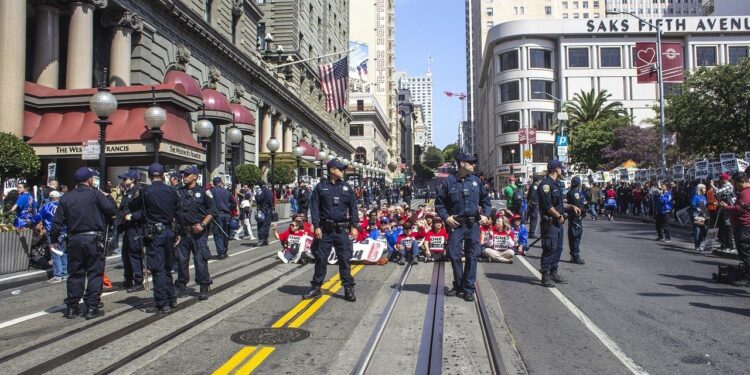 Activists often want to obtain a high profile to draw attention to their cause, but unfortunately, this can put a target on their back. What’s the solution, then? To simply go about their business quietly and hope they aren’t being monitored?

If an activist doesn’t know their communications are being observed, they might accidentally disclose information that jeopardizes their fellow activists or hampers their organization’s operational ability. Peaceful protests might occur in hostile territory, where governments, security forces, or even corporations prioritize their definition of security over privacy rights.

Read on to learn why it’s smart for activists to take encryption seriously.

There’s encryption, and then there’s military-grade encryption. When an activist has a phone that uses its own custom messaging protocol, such as ChatMail’s Advanced Messaging and Parsing Protocol (CAMP), only the intended recipient will be able to receive messages.

Such features ensure that only the intended recipient can ever access your messages, phone calls, and pictures. However, this technology is also designed so that non-tech experts can easily and quickly use their phones.

Everybody deserves privacy, and you shouldn’t need to be an engineer or a rocket scientist to get some.

The phrase “end-to-end encryption” is bandied about a lot, but sometimes these phones are more vulnerable to hacking than is suggested. If only the app you’re using to communicate has end-to-end encryption, but the phone itself doesn’t, what happens if someone steals the phone?

READ:  What You Should Know About Peoplesoft To Cloud Migration

A prudent activist makes sure to get an encrypted phone that can’t be broken into, even if the wrong person comes into possession of the phone itself. World-class encryption means the encrypted data isn’t hosted on a non-secure platform, and it also means the physical phone has important security measures.

The phone will individually encrypt every message on it, and this encryption occurs before the message is stored on the phone itself, not on a server. Ensure governments, extremist organizations, counter-activists, and other groups can’t penetrate your security by protecting not just the content on your phone but the phone itself.

We live in a globalized world, and many activist groups have chapters in many countries. The best-encrypted phones are available in multiple languages, such as French, Russian, German, Swedish, Dutch, and more.

Activists often face the same issues in countries around the world, and nobody better understands the tactical importance of showing global solidarity than activists. Being able to connect securely with people around the world is of major significance to activists.

The Stakes are High

In 2019, more than 300 human rights defenders working to protect the environment, safeguard indigenous lands, and stand up for LGBTQ+ rights were killed. The consequences for activists who fail to secure communications can potentially be very dire.

Even before it comes to fatal risks, activists face defamation campaigns, digital security threats, harassment from the courts, and other aggressive tactics designed to pressure them and their peers into silence. For these reasons, it’s not an overstatement to say that secure communications can be a matter of life and death.

While two-thirds of these killings occurred in Latin America, activists everywhere face danger. In Canada, it’s routine for the Canadian Security Intelligence Service (CSIS) to spy on activists and environmentalists, no matter which political party is in office.

CSIS routinely works with stakeholders in the energy sector and often share sensitive personal information even though they’re private companies, not government agencies. Clearly, it’s safer for activists to assume they’ll be spied on and work to safeguard their communications rather than hope their anonymity is respected. Even though there’s widespread acceptance that things like climate change are real, oil companies still pose a danger to the people who are trying their hardest to ensure our planet is habitable for future generations.

We are living in a politically charged era, one where giant tech companies, governments, and other groups have been known to snoop without permission. If you’re an activist, look into getting communication tools like encrypted mobile phones that are designed to give you the best of both worlds: smooth and easy functionality along with world-class security.

What Does a DNS Checker Do?

What does Social Blade do with your Small Business?