Benefits of Getting a Python Certification in the US 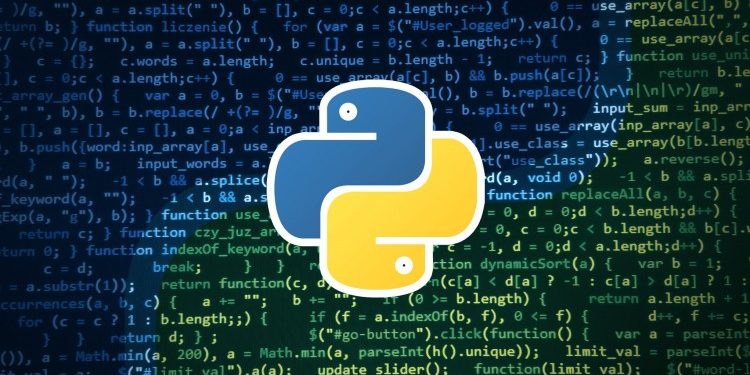 Programming languages with new features keep on coming into the market to keep pace with the advancing technology and the growth in the complexity of the customer requirements.  There was a time when Java used to rule the market. While languages like C and C++ had their own benefits, it was Java that surpassed all others. But today, the world is increasingly becoming digital and Artificial Intelligence (AI), Big Data Analytics, and Robotic Process Automation (RPA) has become a choice of companies. As such, many programming languages are being introduced, and the most popular to date is none other than Python.

The job role of Data Scientist consistently topped the list of most desired jobs in the United States for four years till 2019. For the year 2020, data scientist jobs attained the third position, with an average salary of USD 107,801, with more than 6500 job openings across the country and 4.0 (out of 5) job satisfaction rate. This data is a part of a survey conducted by Glassdoor. But, you may ask – How is this information related to Python? Well, Python is the top skill that employers look for while hiring a data scientist. So, the emerging job opportunities for data scientists also indicate the growing demand for Python skills.

Not only for the role of a data scientist, but Python is also a required skill for other renowned job roles like Artificial Intelligence (AI) Engineer, Machine Learning Engineer, Data Analyst, Big Data Architect, DevOps engineer, and more. So, it definitely makes sense to know more about this industry-wide recognized language and why you should go for a Python certification course.

As quoted in Python.org, Python is an interpreted, object-oriented, high-level programming language with dynamic semantics. It is powerful, fast, open, friendly and easy to learn programming language which is attractive for rapid application development. There are many areas where Python proves to be very useful, including data science, scientific computing, finance and trading, computer graphics, machine learning, web development, game development, and more.

Programmers love Python for many reasons. Its syntax is simple and straightforward, requiring less effort to learn. It can run on all popular operating systems like Linux, Windows, and macOS, and is used to design both command-line and cross-platform GUI applications. Python is high ranked in surveys like Tiobe Index and most of the libraries used in machine learning and data science applications have Python interfaces.

As Python has so many applications, let us help you decide whether you should invest in getting Python certified or not.

Among the various languages available today for developers, what makes Python worthy of getting certified? Here are the top reasons to take this step in your career.

According to Developer Survey Results 2019 by Stack Overflow, Python is the fastest-growing Python language surpassing Java, and the second most loved language among 73.1 percent of respondents. The survey also found out that Python developers with skills earned a median salary of $116K in the US.

Valued in Many industries

Getting certified can help Python developers not only explore the world of data science, but other areas like mathematical computing, system automation, game development, security and penetration testing, and mapping and geography as well. Python skills are in demand in startups also due to its iterative agile design which allows revisions to take place easily till their product’s best version is developed.

Get Hired by World-Renowned Companies

Tech giants like Google, Facebook, Intel, HP, Yahoo, IBM, Cognizant, Deloitte, JP Morgan Chase, Capgemini, and Accenture are some of the top firms hiring skilled Python developers. Professionals across the world wish to work for these companies, and getting Python certified can give them the best chance. Other companies like PixelCrayons, Resourcifi, Fusion Informatics, Paragyte focus on Python web development and you can consider applying for them as well.

READ:  Why Should You Prepare A TikTok Marketing Strategy For Your Brand?

The Information Technology sector is dynamic and one needs to constantly upgrade to stay relevant in the marketplace. Getting Python certified demonstrates your seriousness for the job and value that you can add to the organization by working on Python-related projects. Even the employers rely on certifications to find the right candidate as many professionals claim to know a particular skill but only a few are able to verify it.

There are many professionals who have been working in a specific domain for quite some time and looking to change their profile. Being in the IT sector, one can make a switch to data science, mobile application development, machine learning, big data analytics, or scripting. For most of these areas, learning Python is invaluable, and it will help you adapt to the new role without much difficulty.

There would one question definitely striking your mind – Will Python continue to dominate other programming languages? Well, programming languages will be introduced in the future and someday they may surpass Python as well. However, if we consider the latest trends in Python; it has a bright future and the growth in technologies like AI and Big Data analytics are only going to fuel its demand. So why stay behind your peers! Get certified today and watch the career graph elevating.

How to hold Perfect Marketing Meetings?