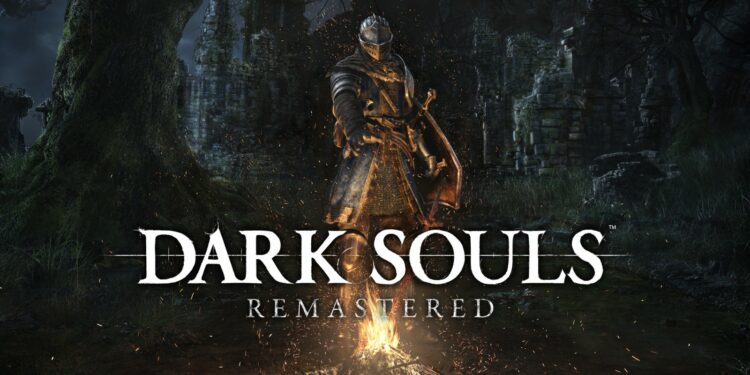 Gaming has become the latest trend of entertainment for the majority of people. People from all age groups indulge in it to relax their minds and enhance the virtual experience. There are many video games available in the market. However, one that has become quite famous in recent times is Dark Souls. Yes! You must have heard about it as it is quite popular among teens, due to its active role play and amazing mysteries.

FromSoftware launched this Game. Thus, after seeing its worldwide success, they decide to present the Game’s sequel with new versions such as Dark Soul II and Dark Soul III to entertain gamers with new features. The Game has been there for a decade now. If you are getting bored with it and are waiting for a new thriller game just like Dark Soul, we have the good news for you.

We will cover the best ten games in this article that could match the level of Dark Souls, and could provide as much fun, entertainment and thrill as it does, and could fulfill the needs of gamers. Get ready as the action begins. 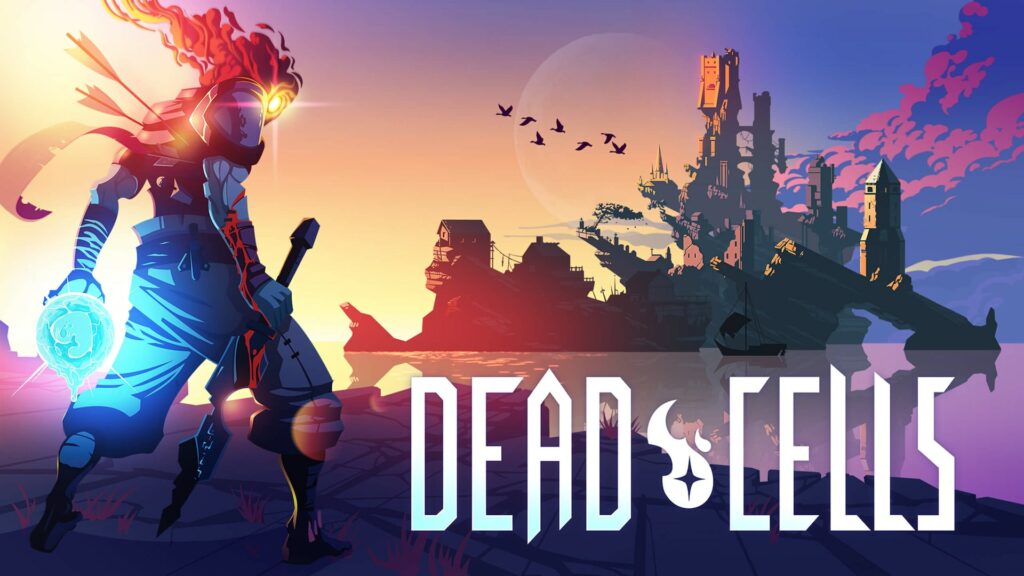 A dead cell is one of the most attractive games based on the model of RogueVania, which is a unique gaming distinction that makes this Game memorable. A software company named MotionTwin designed and published this Game.

Dead Cells provide you a situation where you are in charge of a failed experiment and have to move forward and kill enemies and zombies while facing the threats of permadeath and injury. This Game Gives you a wide range of weapons that you can use to kill your enemies, and its graphics are not acceptable compared with other games, but still, it provides an amazing experience. 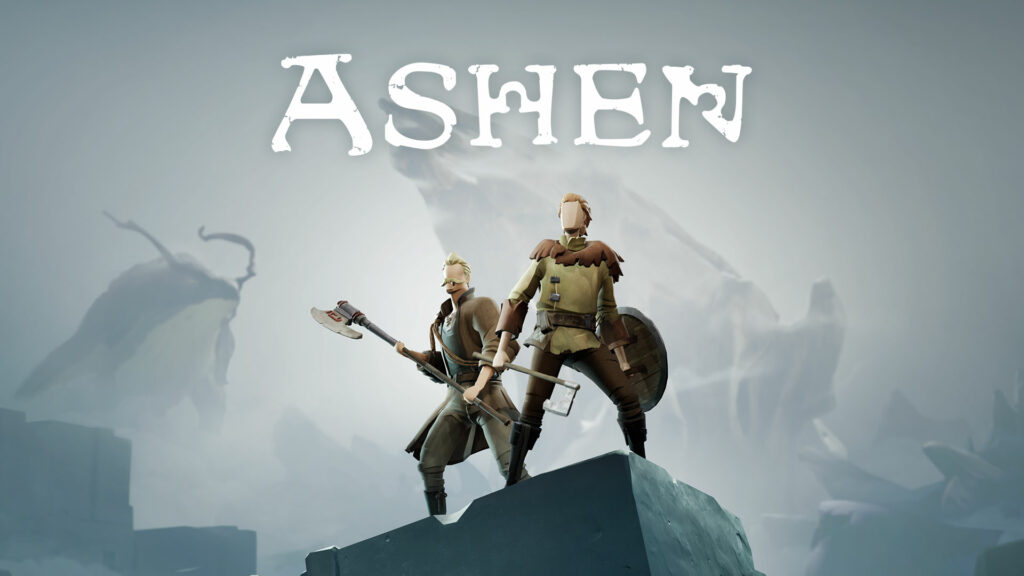 Designed by A44 and published by Annapurna Interactive, Ashen provides you open-world action RPG based on the storyline of a rambler searching for a place to call it his home. This Game matches with Dark Soul and can provide a similar kind of thrill and adventure in its gameplay. Ashen doesn’t leave any stone unturned in providing dangerous encounters, from hostile enemies to primeval beasts.

It is perfectly designed with a unique art style, and the graphics of the atmosphere for the world is amazing. The combat level is challenging and complex, increasing by an increment in level with fulfilling rewards. Also, it provides great music that fits the Game’s tone. Overall, it is a wonderful game and could match up with Dark Soul easily. 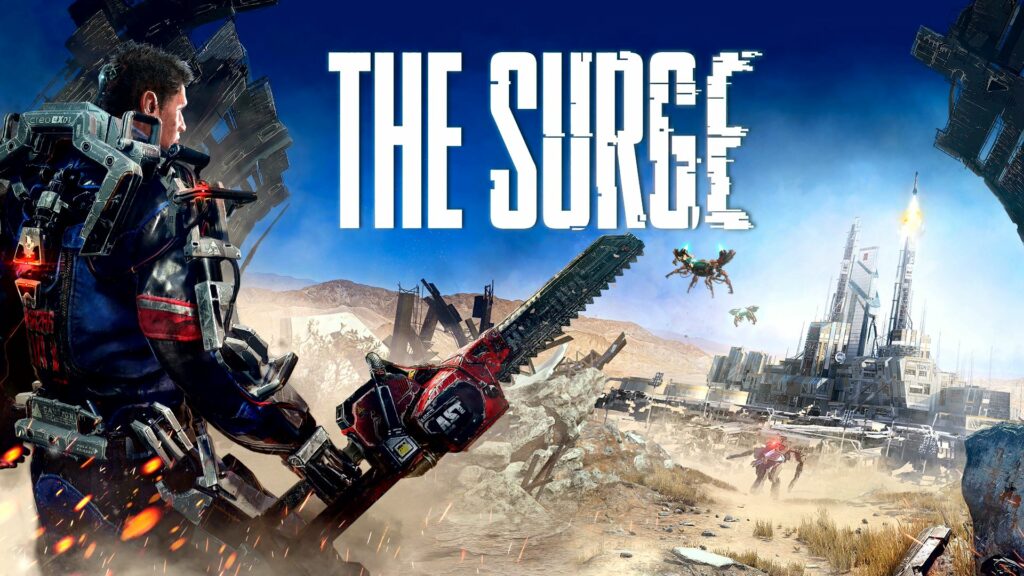 In terms of lore, there are a lot of traditions in gameplay, and most of the characters you meet, their story progression throughout the game is based on the players searching for the exoskeleton to battle enemies, and it is quite interesting how the tone changes as you proceed the Game. It is a very challenging game that provides great fun and satisfaction and audacities a whole lot of stuff to find, explore, earn, and improve every time you play a game.

Titan Souls is an action-based adventurous game that was inspired by the conspiracy of Titan available on Earth. Furthermore, it was designed by a studio named Acid Nerve and was published by Developer Digital.

Its storyline is based on Earth and this present reality of falsehood, which is the Titan Souls, the profound source, and the whole of every living thing present in it. In this Game, you only tak one life and only have one weapon, i.e., an arrow to kill your enemy, which makes this Game much more difficult and exciting to play. 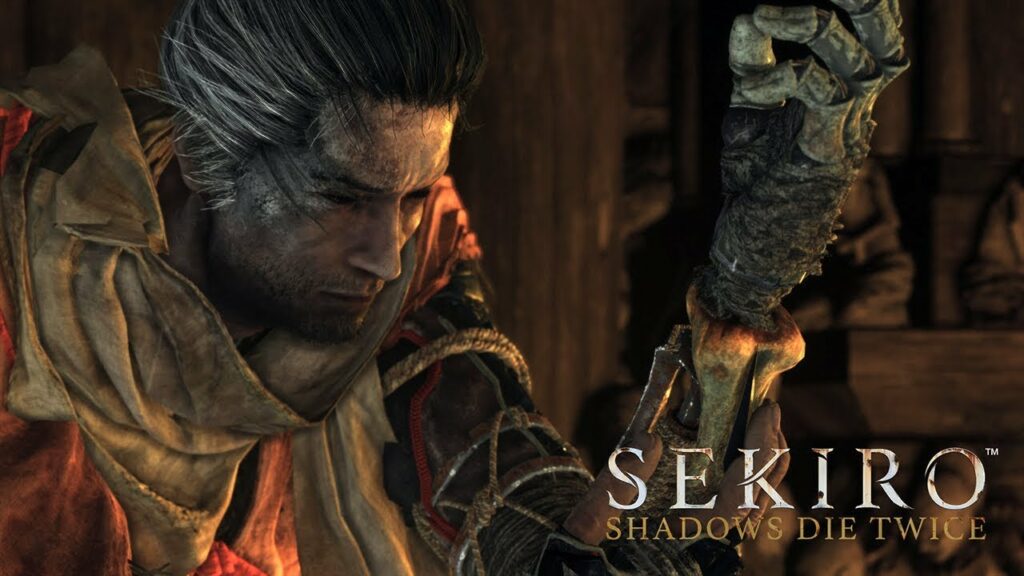 Sekiro: Shadow Die Twice is a Japanese fiction game based on the action and adventure genre. It is enriched with Japanese history and culture. It is developed by FromSoftware and is published by Activision.

In Sekiro: Shadows Die Twice, you are the “alone, armed wolf,” a disrespected and distorted warrior protected from the edge of death, and you are provided with a task to save Young Lord from various enemies to protect the kingdom’s bloodline. As mentioned, the gameplay is based on Japanese culture, so all the weapons and locations are based on Japanese legacy, which makes you enriched with their history. 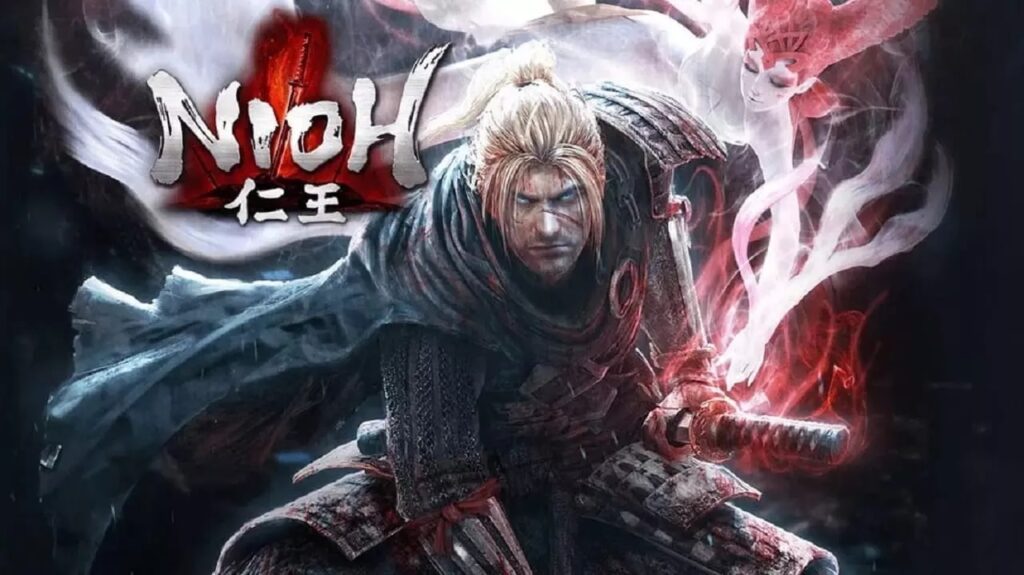 Nioh is an action role-playing game based on a historical figure, William Adams. One of the elites few to become a samurai who was a foreigner and granted a very high title under Shogun Tokugawa Ieyasu. It was designed by Team Ninja and was published by Sony Interactive Entertainment, partnering with Koei Tecmo in Japan.

This covers the entity of Japanese history and is designed based on that. Gameplay modulates authentic Japanese weapons and a series of historical events, which makes it much more exciting and electrifying whenever you play. This Game may not have a similar storyline or gameplay like Dark Soul, but it is definitely on its level. 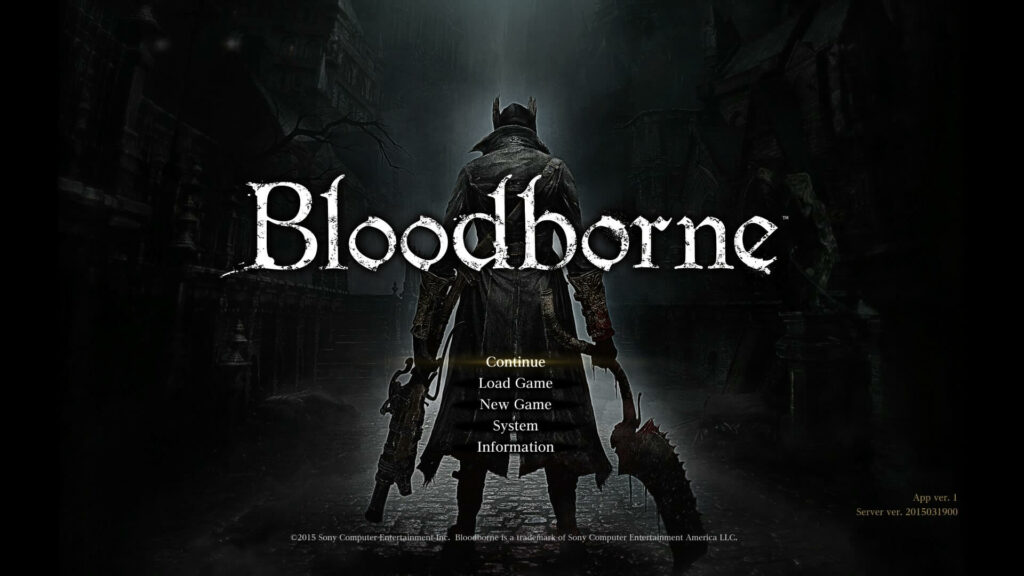 Designed by FromSoftware and further published by Sony Computer Entertainment, Bloodborne is an action-based role-playing game that is quite similar to the concept of Dark Souls. Moreover, the storyline is basically based on a character moving to different, including the Gothic world of Yharnam, killing various enemies, and reaching the final destination after immense kinds of challenges.

This Game is amazing and so addicting once when you get into it. It’s one of the most frustrating but rewarding games you can ever play. You feel so exhilarated when you beat that boss you’ve been stuck on for days. This shows that games can keep you on your feet every time you start playing. Also, it possesses some quality graphics, which makes it more superior to others. 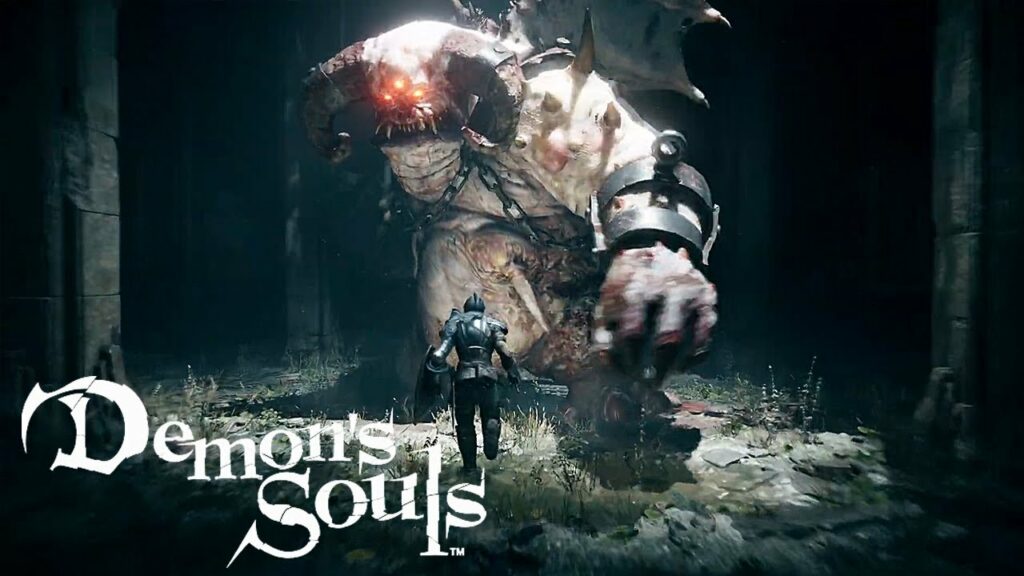 Demon’s Souls is an action RPG, which was developed to be the successor of Dark Souls, and it has proved its worth by providing an excellent gaming experience to people. It was developed by FromSoftware and was published by Sony Computer Entertainment partnering with Altus USA.

The storyline of this Game is based on a hero whose task is to kill enemies by traveling into five different worlds by using a tool called Nexus. As the game progress, the more dangerous it becomes as it deals with death and hallows. This Game is a true entertainer and possesses amazing graphics with matching tunes to make your experience wonderful. 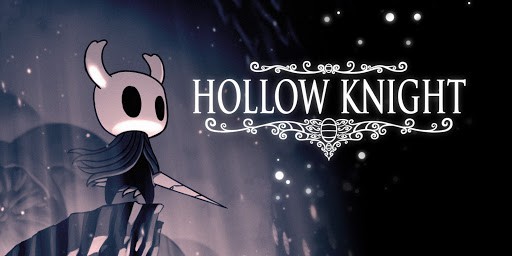 Hollow Knight, an often regarded masterpiece, is one of the most popular games. It was awarded as ‘Game of the year’ title in 2017 due to its amazing gameplay. This Game was developed & published by Team Cherry and is based on the genre Metroidvania video game.

The storyline is based on a warrior or Knight. He is on a mission to find the truth for the undiscovered secrets to protect the kingdom from evil souls. Its graphics, as well as its soundtrack, appears to be simple but still suit the gameplay. Due to a good response received through gamers, another sequel is in the process of putting gamers on their feet. 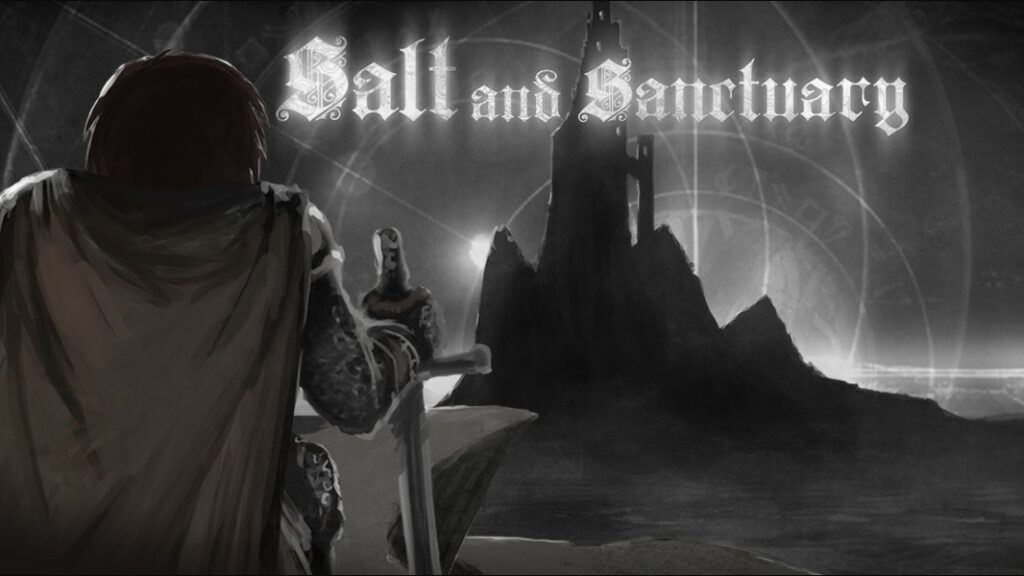 Salt and Sanctuary could be a perfect fit for you if you like Dark Souls as it is inspired by it only. This is a role-playing action game that was designed and published by Ska Studios. The Game is based on protecting the kingdom and princess by using weapons and shields.

Shields are very useful. If you are going with a heavy build must have good armor because, Similar Games to Dark Souls, armor matters in this Game. Also, you have to perform with increased skills that increase your carry weight. Otherwise, it will hurt you in the long run. Besides, people highly praise this Game due to the amazing gameplay and graphics display.

Finally, it is very difficult to replace a Game like Dark Souls. As the legacy, it has created in the mind of gamers for over a decade is unmatched. But this list about the games that are Alternatives to Dark Souls. These games can be very vital in providing you the same kind of atmosphere and experience.

As we all know, video games are on a trend nowadays due to the emergence of devices such as PS4, Xbox. It is quite popular among people, mostly among teens. It is very important to find a game that suits your style and taste. We hope this article could help you.

Telephone Systems 101: Which Is Right For Your Business?

5 Measures eCommerce Businesses can take to stay in the Competition