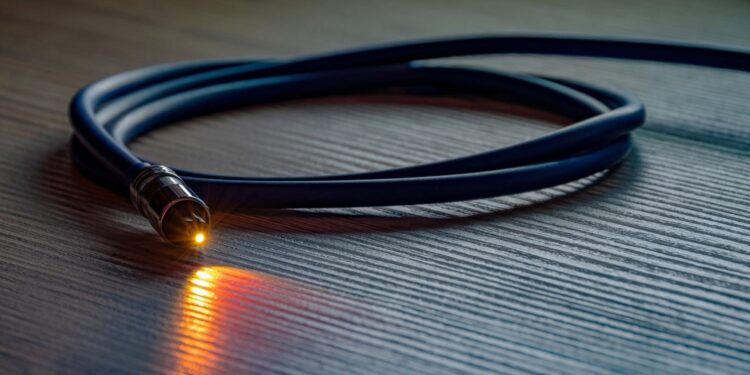 The internet is a tool that has revolutionized today’s world, in terms of connectivity, ease of usage, access to information, or even just for entertainment purposes. There is nothing currently in the modern landscape that can come close to the internet in terms of benefits or the fields of application. Especially if we see today, the internet has become the life support of the world’s infrastructure. The ongoing lockdowns that we are going through have hugely impacted businesses, economies, the education system, and overall day-to-day proceedings. In these times, the internet is the sole thing that is keeping the people connected to each other and is also allowing the economies of the world to stay afloat.

Today, the need for faster internet is not a luxury but a necessity. Most of our important corporate work is done over the internet, meetings are conducted and online classes are conducted through video conferencing, and all these things usually occur at the same time of the day. Since there is an excessive load on the bandwidth, and all family members of a household are usually connected to the same network, in such situations, a slow or even a decent internet connection might not be enough. Seeing these circumstances, services providers have launched special promos so that a general consumer can get high-speed internet without breaking his bank. Deals like Cox bundles allow users to get discounted pricing on not only high-speed internet but also on HD TV and home phone service.

There are grants released by governments of the world allowing monetary support to users so that they can remain connected to essential services like the internet. These discounts and grants are especially crucial today since a major chunk of the population is struggling through a financial crisis. The pandemic has made many people jobless. Small businesses and organizations are shutting down, and those who are still operational are barely making ends meet. But apart from all this debate, one thing is clear that the internet has become an important factor for our personal and economic growth.

The internet is fundamentally a group of devices that are connected to each other, making a global network. ISPs have huge servers through which they send data packets to specified addresses or users. However, the medium and infrastructure they use to send this data matter a lot because this component determines the speed that you are going to get. Sometimes, a user might subscribe to high-speed internet but the speed they get is very minimal, to say the least. The reason behind this is not all communication mediums are alike.

In the world of the internet, there is DSL, which works over the standard phone lines and provides minimum speed. Then, there is cable technology which is one step up from DSL and uses similar copper lines, but the modem has a technology called DOCSIS that combines different channels giving a better speed. This is the technology that most providers have traditionally utilized. Then, we have wireless internet from a satellite dish or mobile carrier.

However, all these mediums have their own limitations regarding speed, and in order to rectify these, a new transmission medium has come into the arena, called fiberoptic cable. Fiber is the future of the modern internet as it has hypothetically zero line losses, which allow users to have blazing fast speeds and similar bandwidth for both upload and download.

Today, many providers are switching to fiber to provide stable connections and better speeds to consumers. But, the thing is that it’s expensive and needs an infrastructure to be built from scratch. Due to this, not many areas are covered by fiberoptics at the moment and according to FCC, only 44% of the current internet serviceable area has access to fiber internet. Although it will take time for fiber to be completely adopted as a primary means of data transmission, there is no doubt that it is a step in the right direction and will open future prospects regarding high-speed internet. Let us have a closer look at how fiber connectivity actually works.

As we discussed earlier, the basic component behind fiber internet is a fiberoptic cable through which data is transmitted to the user’s home address. The thing about fiber optics is that they work with light as their basic carrier instead of radiofrequency signals that are used in traditional cabling. As light moves quite faster than RF signals, it is capable of transferring an immense amount of data in a matter of seconds.

There are two types of fiber optic cable. One is called UTP (Unshielded Twisted Pair) and the other is called FTTH (Fiber To The Home). They are both capable of providing very high bandwidth. An FTTH cable can carry about 10 billion bits per second (Gbps). The ability of fiberoptic to transfer data in Gigabits per second is its unique quality. With that, a special type of modem is also needed to convert these signals so that the user can get the required bandwidth.

READ:  How to Choose the Best Managed IT services in Washington DC

Now, we are going to take a look at the top providers that are providing the best fiber internet service in the US.

Xfinity is the fastest fiber provider with up to 2,000 Mbps or 2 Gbps per second. No service provider comes close to Xfinity in terms of speed. Xfinity is offering services in 39 states in the US, while their package lineup consists of six cable packages and two fiber packages. With probably the widest coverage and stable speeds, Xfinity has taken the lead in the fiber market. However, everything good comes at a price and in the case of Xfinity, their 2,000 Mbps package is priced at approximately $300 a month, which might be a bit too much for an average user.

If you’re looking for a low-cost fiber plan, then Verizon Fios might be the one for you. With versatile packages starting at $40 a month for 200 Mbps, Verizon Fios provides a decent value for money. They also have other plans ranging all the way to 940 Mbps for a stable connection with the same download and upload speed, unlimited data, and no contracts. The only problem is that this provider is available in very limited areas and at the moment is only present in 9 states.

AT&T Fiber is the one that provides the cheapest 1 Gig plan on this list, priced at almost $60 a month. Plus recently, they have removed contracts from their Gig plan as well. The best thing about AT&T fiber is that this internet is available in 21 states and its Fiber Hybrid speeds are available in all these states, putting it just above Xfinity in this regard. However, their hidden fees, mandatory hardware charges, and the requirement of a contract in some rural areas might be a problem for some consumers. Although, overall it’s a good choice if you are looking for fiber internet in a rural area.

Fiber internet is a new technology that is rapidly growing. However, at the moment, it is limited to metropolitan areas and is a bit expensive for a regular user. But there is no doubt that fiber is the future of home internet and with a growing user base, providers are putting efforts into providing fiber internet to more areas. Moreover, with advancements in technological methods, the cost of fiber is going to be reduced and soon we are going to witness that fiber is going to take over standard cable and DSL internet, making them obsolete.

How to Find the Nearest Gas Station By Using Google Maps

Using Tech For Performance Management At Your Company