Building Your Own Personal Computer 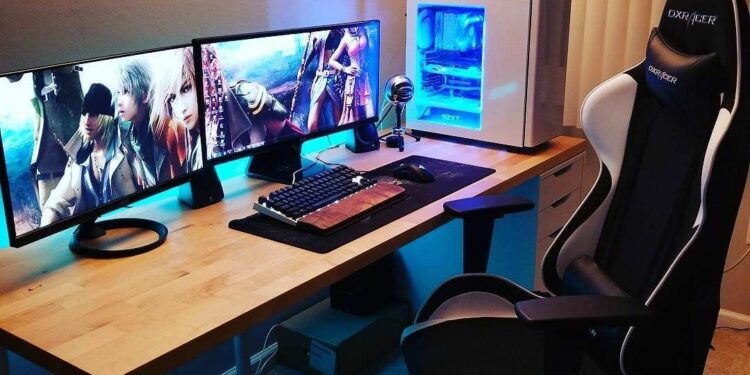 Personal computers have changed a lot over the past two decades. They have become more powerful with each passing year, as well as more convenient to build one by yourself. Many believe that personal computers are out of fashion due to the powerful laptops that we have today, as well as the smartphones that we use, however, this is far from the case. In fact, PCs have become a major trend in our world today, and most people use them for gaming.

Most of us have embraced smartphones as our go-to device when wanting to browse the web or do other things such as socializing. It is a convenient device to have. The same can be said for the laptop as well, or a tablet for that matter. Gaming online such as playing an online casino game or an RPG has never been much easier than it is now with our portable devices. However, they can be very limited in terms of hardware. These smaller devices can only handle so much, and a desktop computer is what people need when wanting to play more demanding games. This is where building a computer yourself comes into play.

Either building an office or gaming computer, finding the right parts is important. It is necessary to determine what you want your computer to be able to do. Hardware can be very expensive and it is important to find the right ones that work with your overall budget. The parts needed for building a personal computer are:

READ:  3 Most Useful Free Tools to Help You Fax from a Computer

These are the primary things needed for building a personal computer. There are also the additional requirements such as a monitor, keyboard, mouse, audio device, and lastly, the OS (operating system) itself.

The CPU and Motherboard

Almost everything you do on a computer will be calculated by the CPU in some way or another. They come in a variety of different sockets that are designed for a specific motherboard. It is important when shopping for a CPU to also find the right motherboard to go with it. Each motherboard has the same function, however, they can come in many shapes. It has connectors for things such as power cable, fan cable, data cable, as well as slots for GPUs and SSDs, and a socket for the CPU.

The motherboard and CPU are probably the first components that you will want to choose when building a PC. This is because they go hand-in-hand with each other, and the rest of the components come after.

The RAM, or memory, is the short-term-memory part of the computer. Its purpose is to store temporary data that is actively being worked on by the CPU. Different software for example, can use the PC’s memory to temporarily store data that it can retrieve very quickly. It usually has a place on the motherboard, on the right side of the CPU. However, more powerful motherboards will have memory sockets on both sides of the CPU. It should be the next thing to place in the motherboard after the CPU.

Placing the Motherboard Inside the Case

The case of a desktop computer can come in many different shapes and sizes. It is exactly what it sounds like, and it is designed to hold together all the different parts of the computer. After the CPU and RAM have been installed on the motherboard, the next step should be placing the motherboard inside the case and securing it. During this time, the storage devices such as an HDD or SSD should also be installed inside the case.

READ:  Fix Zoom Is Unable to Detect a Camera on Laptop

The PSU, or power supply unit, is the heart of the computer, and it is responsible for delivering electricity to all the different components. Choosing the right power supply is not that difficult, and most people do not need more than a 500W PSU to do the job. After the motherboard is secured in the case, installing the power supply and connecting all of the cables should be the next step.

If playing video games is your desired purpose for a desktop, then choosing the right GPU will make all the difference. It is a specialized processor that is designed for handling visual data like the graphics in a video game or other graphically intensive tasks. This component should be one of the last things that goes inside the case, and on the motherboard.

Building a personal computer today could not get much easier. There are many resources online that can show you all of the different steps that are needed to build a computer of your choice, and there are videos that show a step-by-step guide on how to install the parts.