Business: What Surveys Are Predicting for the Upcoming Holiday Shopping 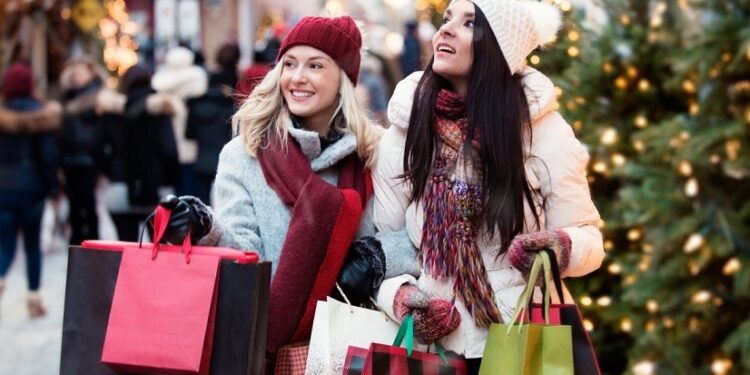 There is still some time left for shop owners to get organized for the Holiday Season period. There is no better way to do so than to have the facts and figures of what they should expect in terms of behaviours from consumers. That is why surveys have been done to analyze shoppers’ tendencies for the upcoming holiday shopping season. Here is what they came up with.

Retailers Can Survey their own Clients

One of the largest PR firms in America, 5W Public Relations, has released its 2020 Holiday Shopping Survey, giving shop owners an indication of what they can expect from here to the New Year. However, if they want to get more precise information about their own sector of the industry or the tendencies in their region, they can easily do so by creating their personal survey online.

Today, it is quite easy to do so, and it can be diffused immediately, once creation is completed. Furthermore, online surveys come with analytical tools that help understand the results. There is still time for retailers to test their client’s needs for the holiday season, thanks to online survey services such as Dragnsurvey. Visit the app for more information on how online surveys work.

What to Expect from Consumers this Holiday Season

The large survey, which was held independently by 5W, aimed to understand the intentions and the behaviours of consumers, as the Holiday Season approaches. It asked questions regarding the amounts they intend to spend, where they will shop, and which gifts they plan to buy. This information is particularly useful this year, after months of complications due to the coronavirus. For a PR firm like 5W, it is crucial to guide their clients after such turbulent times.

READ:  10 Ways to Reward Your Employees For Good Work

When it comes to methods of shopping, even though a large proportion of people still plan to buy their gifts in stores and online, some may have to resolve themselves to e-commerce. Indeed, it has already been announced, that some of the major retailers in the U.S. will not be opening on Black Friday. This is a day where some people buy all they need for the Holiday Season, therefore, the only way to buy (in some retail stores) will be on the internet.

Even though times have been difficult economically, there is still 53% of Americans who still plan to spend as much as last year on gifts for friends and family. Add to that another 18% that said they would spend even more than last year, and it brings the number over 70%; a percentage quite unexpectedly high in this time of crisis.

With an already challenging year, retailers will have to work even harder this Holiday Season to show their customers that they are attentive to what is going on. The Millennials generation was already more demanding when it came to buying products and services, looking for companies that would share their vision of life (ecological, fair salaries, etc.) Now, the whole population is looking for retailers to adjust to the new conditions we live in, and if they make a faux-pas, it might cost them, as surveys show.

It starts inside the company, as customers want to see the retailers take good care of their staff. In fact, 57% of those surveyed said they would favour shops that support their staff, but also their customers during the crisis. To do so, 76% of consumers would like to see retailers close their doors on Thanksgiving, so that workers can take a day off to spend with their families. Consumers also plan to play a responsible part while they are shopping, as 61% of them intend to reduce their in-store shopping, so that there are lesser health risks for retail workers.

READ:  Want to start a Coupon Business? Read this first

As they turn to internet to do their shopping, consumers do not intend to make it easier for retailers this year, even though they know there will be a large increase in online orders. They expect the service they get to be impeccable, whether they need online help to complete a transaction, or during the delivery process. They also require that retailers keep a sufficient stock, so that they won’t have to wait for delivery. This is reflected as well in the surveys as 77% of consumers want online purchases delivered to their home rapidly.

Beware if anything goes wrong with an order! More than half of the respondents said that they would not buy again (56%) from a retailer if the delivery process is unsatisfactory. But one of the problems that companies will face is that almost 30% plan to continue shopping right up to the last minute. That implies a capacity to ship and deliver in record time, at a moment where all the distribution routes will be completely overloaded, just like every other year, right before Christmas.

The race is on. It’s now up to the retailers to deliver quality and to remain sensitive to their customers’ needs, if they want to accomplish their Holiday Seasons sales goals.

UX And Marketing Relationship: A Couple That Works Together