How to Clear Chat on Discord (Delete All Messages) 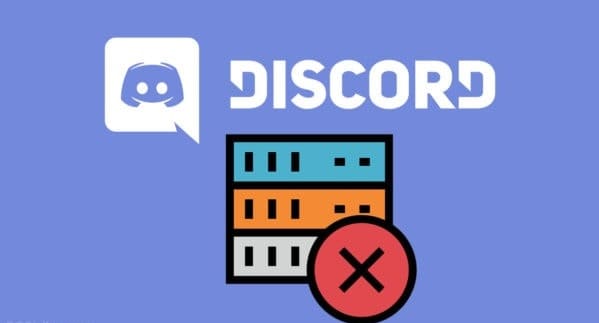 Here, I’ll show you how to Clear Chat on Discord server, including how to delete all of your messages.

To stay connected with your pals and build a tight-knit group, Discord is a great tool. However, managing old messages on a Discord server may be a chore, especially if you wish to delete inflammatory or otherwise objectionable messages from the server.

However, Discord’s audio chat function is the most popular reason for its use. In addition, the platform’s text-chat features are a huge hit. Even while Discord is primarily a game software, its text chat feature has become increasingly important because of the app’s rise in popularity.

It’s possible to have tens of thousands of messages on your Discord server’s text chat at any given time. Whatever the reason for deleting all of these communications, whether it’s for the sake of removing inappropriate messages or to clear the air. It’s crucial to know how to clear your server’s backlog most efficiently.

Types of Text Messaging in Discord

These are private conversations between 2 users.

All group members can see each other’s text chats when they’re on a particular channel.

Messages can be sent in a variety of methods, each with its own set of constraints. In the early days of Discord, administrators could delete or erase messages in bulk using the Discord app’s native UI. Unfortunately, the Discord databases were impacted because too many administrators were mass deleting messages simultaneously.

As a result, this feature was eliminated from the native user interface. Fortunately, even if it’s not as simple as it used to be, you can still delete all messages on Discord server.

How to Delete Discord Messages – Direct Messages in Discord

Direct messages in Discord can’t be deleted. It’s as simple as closing the chat panel and deleting your copy of a message, so it doesn’t show up in your history. However, the message is still visible in the other person’s chat window and on the Discord servers. So it is how you get rid of the copy that’s been saved locally:

READ:  How to Fix PlayStation “An Error Has Occurred” on Sign in

1. Click on the individual with whom you’ve been exchanging Direct Messages and then select Message from the context menu that appears.

2. In the Direct Message window on the left side of your screen, hover over the chat and tap the X that appears.

3. The dialogue ends, at least for you. You don’t want to delete essential chats by pressing the X button accidentally.

Just a few Direct Message exchanges can be hidden with a simple click of a button. Here’s how to remove channel messages from your account.

There are three methods to delete channel messages in Discord.

The first option is to remove the message from your system by hand. In this manner:

1. Open the text channel where you wish to delete the message.

2. The three-dot icon will show on the far right of the message if you hover over it long enough. Then select Delete from the menu by tapping on the symbol.

3. A confirmation window will pop up, requesting that you accept your choice. Select Delete from the menu that appears.

You can get rid of some annoying messages with this method. It is, of course, not the best method for deleting a large number of texts.

Revert to one of the following techniques if you want to erase messages.

Use a Discord Clear Chat Bot

Clear Chat on Discord with MEE6: Use a bot developed for message deletion as a second option for ‘Clear Chat in Discord.’ Again, you can choose from a variety of bots. Administrators of Discord servers, on the other hand, prefer the MEE6 bot right now. In addition, the MEE6 bot is easy to set up.

1. The first step is to sign in to your Discord server.

READ:  How to Convert an MOV File to MP4 on macOS

3. To use the bot on your server, select Add to Discord and tap Authorize.

4. Decide on the proper server for your needs.

5. You’ll be prompted to authorize MEE6 to delete texts after that. When prompted, select Authorize.

6. Moderation should be enabled in MEE6’s control panel. You can delete messages, among other things, with the help of the MEE6 command-line interface.

Messages can be deleted using a variety of commands once you’ve been granted access. For example, ‘!clear @username’ can be used to remove the previous 100 messages of a specific user. Remove all messages from the channel by using the command ‘!clear 1000.’ It’s also possible to adjust the amount of messages you want to remove, although the maximum number is 1000.

To delete a large number of emails at once, use this procedure.

Cloning a channel is the last resort if the MEE6 alternative doesn’t work for you for any reason. Again, a fresh copy of the channel is required, but this does not copy over the channel’s previous message history.

Please make a list of the bots you have on the channel before cloning it because cloning a channel doesn’t always copy them across.

Then right-tap on the channel you want to clone.

Afterward, rename the cloned channel if you want.

Open the new cloned version and add any bots you need.

Creating a channel clone will also add all users from the old channel and re-generate their permissions. Also, it’s more convenient than starting from scratch. Messages from the previous channel have been deleted, so you can now start a new one with the same configurations.

For Discord’s Clear Chat, look no further. Let me know if you have any queries or concerns related to ‘how to delete Discord messages fast’ in the comments section below!