COVID-19 has changed our Relationship with the Internet. Here’s how 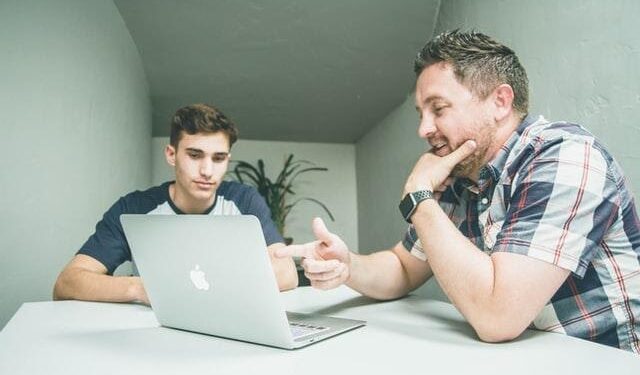 All pandemics were major turning points in history but what makes COVID-19 unique is that it happened during the digital revolution. Even before the pandemic hit, tech adoption rates were at an all-time high, so when millions of people were forced to stay in their homes, the Internet suddenly became an even bigger part of daily life.

Therefore, it comes as no surprise that the Internet has modeled our lives in the past year and that many of the new habits we picked up will stay with us for a long time. Researchers have analyzed the way our relationship to the Internet has changed recently, and the results point to an interesting new reality:

We consume more Online Entertainment, but away from our phones.

In April 2020, the New York Times published the findings of an Internet usage analysis, and, unsurprisingly, online entertainment occupied a major part of it. As gyms, restaurants, cinemas, and other social venues closed down, people resorted to Internet services to stay entertained.

According to the study, Facebook usage increased by 27%, Netflix usage by 16%, and YouTube usage by 15%. The number of people who sought online entertainment as a means of distraction was so high that, at the beginning of the pandemic, Netflix and YouTube slashed the video quality in Europe to keep up with the traffic. From Tiger King to bread-making tutorials, video content was a much-needed distraction, and people took the Internet by storm. However, it was not from their smartphones. According to data from independent sources, people preferred to access their favorite websites from desktop and laptop computers because they had bigger screens and they were more convenient.

The market size of video chat apps has exploded.

Social distancing was one of the first measures taken to reduce the spread of the novel Coronavirus. Social gatherings were banned, and businesses were recommended to switch to remote work as much as possible. However, just because people were not allowed to physically be together, there was still a need for social connection, and video chat apps were there to provide a solution. During the pandemic, Zoom experienced unprecedented growth, reaching $3.7 billion in sales. Other apps that helped people go through the pandemic were Skype, Google Meet, and Nextdoor. And their users weren’t just regular people who wanted to keep in touch with friends and family. A significant chunk of new users came from businesses who needed to ensure continuity in communication while working from home. According to one study, there was a 2,900% increase in daily Zoom business participants since 2019, and 2.7 billion work meeting minutes were reported by Microsoft Teams. Looking forward into 2021, specialists expect to see a drop in these numbers but, even so, they won’t go down to 2019 levels because many businesses have devices to extend their remote work policies indefinitely.

READ:  What You Should Know About Peoplesoft To Cloud Migration

More people realized that they do not have enough digital rights.

The COVID-19 pandemic was also a wake-up call that Internet use should be a right, not a privilege. Unfortunately, there was a significant disconnect between the way that people from the United States, Western Europe, and other privileged areas were able to adapt to the new digital life, and the administrative and legislative hurdles that prevented others from accessing information.

Although the topic of Internet freedom has always been somewhat controversial for some Governments, the COVID-19 crisis made it more obvious than ever that digital rights lack in many communities. If people in some countries were lucky enough to attend online classes, meet up with work colleagues, hang out with their loved ones online, or read the latest updates about the pandemic, the picture wasn’t so positive everywhere. Unfortunately, some leaders restricted Internet access to certain groups and even shut down news outlets whose views didn’t match that of the State. It also came to light that the pandemic was used as an excuse to boost online surveillance, data collection, and analysis. Perhaps the best example in this regard is China, which has the strictest cyber sovereignty policy, and prohibits its citizens from accessing foreign news outlets. Other countries with heavy Internet censorship include Sudan, Myanmar, and Kyrgyzstan. Meanwhile, there have been Internet freedom improvements in Ukraine and Zimbabwe but, even so, Internet shutdowns are present, and some websites are restricted.

The Internet became the go-to source of news and information.

Throughout the pandemic, everyone wanted to keep up with the news. Since this was a global crisis of unprecedented proportions, there were many things we didn’t know: What are the symptoms of catching the virus? Do masks really work? What are the restrictions in your area? What is the Government doing to help? How many daily new cases are there? When will we get a vaccine? All these questions made everyone hungry for news, and, more often than not, people turned to the Internet to get answers, not to TVs.

According to one study, online news consumption rose to an all-time high, and the outlets that reported the highest increase in readership were established media brands, such as CNBC, The New York Times, and Washington Post, and traffic on the CDC homepage skyrocketed. Local news outlets also reported an increase, since people wanted to get information about the local infection rate and local COVID-19 guidelines. Interestingly, partisan websites (left-wing or right-wing outlets) experienced a drop in popularity.

Apart from wanting to keep up with the news, people also wanted to learn more during the pandemic. For example, there was a traffic uptick on websites such as Wikipedia, WebMD, and John Hopkins University, because people generally wanted to find out more about how viruses spread or how vaccines are made. Last but not least, home isolation gave everyone an opportunity to discover new skills and hobbies, such as learning a new language, and again, the Internet was the go-to way to do that.

How Property Management Can Be Beneficial For Both Owners And Tenants