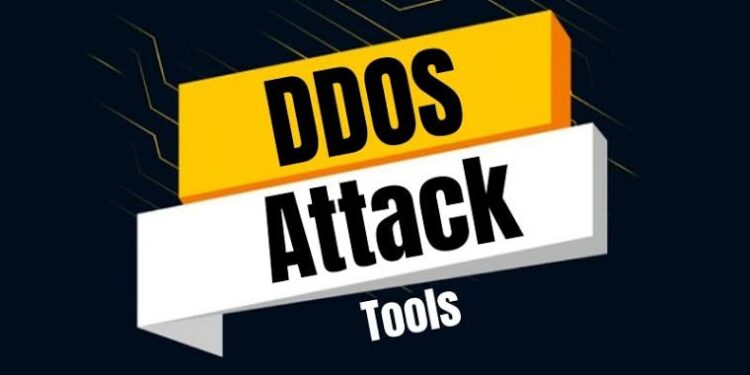 The Distributed Denial of Service (DDoS) attack is a subset of the Denial of service (DoS) attack that disrupts normal traffic by flooding a network, website, or server with bogus traffic. An online DDoS attack can also be targeted at a certain network, website, or server. Typically, the attacks are random, and the target is determined automatically by the DDoS attack tools online. This blog contains educational material; we do not endorse any criminal virus internet behavior. DDoS attacks are illegal in the majority of countries across the world, and in the United States, a person can face up to ten years in prison if convicted.

Here is the list of the Best free DDoS Attack Tools in the market:

DDoS attacks can be used for both positive and negative purposes. Hackers use it for publicity to damage victim systems or services. There are loads of tools available to carry out DDoS attack online.

Additionally, the most excellent free DDoS Attack Tools available for download are described here, along with their features.

Low Orbit Ion Cannon is a well-known tool and one of the top DDoS attack tools available online. The UI is user-friendly, and LOIC sends HTTP, UDP, & TCP requests to servers. It is effective in seconds; the targeted website is taken offline within seconds of the attack being launched, but it does not conceal your IP address, even when using a proxy server.

Simple to use, few steps to initiate an attack.
Mainly used to attack small servers.
Available on Linux, Windows & Android.

Free to use even for commercial purposes.
Users can choose the server capacity.
Allows the user to test against the app layer attacks.

Operates on level 7 of OSI Model.
Specialized for anonymous attacks.
Even used to carry out demo attacks by pen testers on security structures.

Next in our list of the popular DDoS Tools Online is Davoset. It is used to attack websites by getting access through other websites. Recently, hackers have been using this technique for nefarious activity on the Internet. This best DDoS tool facilitates the execution of DDoS attacks.

Next in our list of the popular and leading DDoS Attack Tools is RUDY. It automatically navigates the target DDoS website and identifies embedded web forms. As a result, it only executes short, slow-rate Layer-7 DDoS attacks implemented with long-form field submissions that generate low and slow traffic rates.

Interactive console menu.
Difficult to detect.
It works at a slow rate.

It is among the best free DDoS Website Attack Tools. Slowloris is a layered app that attacks threaded servers using partial HTTP requests to open connections between targeted Web server and a single computer and then keeping those connections open for extended periods to flood and slow down the target servers with traffic.

Execute attacks using valid HTTP requests.
Can maintain a connection with the victim server for as long as necessary.
Requires a minimal amount of bandwidth on the specified web server.

It is one of the popular and best DDoS Attack Tools in 2022. The purpose of DDOSIM is to mimic a DDoS assault on the website and the network. Moreover, this free DDoS attack online attacks the server by duplicating many Zombie hosts, establishing a full TCP connection with the server or network.

The High Orbit Ion Cannon (HOIC) is a gadget designed to replace the LOIC. It is capable of 256 simultaneous attack sessions. Filling the target system with unwanted requests, preventing the processing of valid requests.

READ:  Chromecast Alternatives To Stream Your Favorite Media On TV

Are you still seeking the best DDoS Attack Tools 2022? By making an HTTP request to the target server, the GoldenEye tool launches an attack. Additionally, the DDoS assault employs all HTTP/S sockets present on the targeted host.

Written in Python.
Randomizes the GET, POST to get mixed traffic.
Easy to use.

This app transmits hidden and distinct traffic to a web server. It is a denial-of-service attack tool, although its traffic can be prevented, and the attacker may not be completely anonymous. Although HULK claims to have been built for research reasons alone, it can also be used for other purposes.

Harder to detect but not impossible.
A substantial amount of unique traffic is generated for the specified web server.
Bypasses the caching engine and hits the server’s resource pool directly.

Xoic is a tool that executes an attack on smaller websites by leveraging TCP, UDP messages. Additionally, the attacks carried out by Xoic can easily detect and prevent.

It comes with three modes to attack.
Carries out DoS attacks with ICMP, HTTP, UDP, or TCP messages.
Very easy to use.

Next in our list of the top DDoS Attack Tools is PyLoris. It is a tool for determining a server’s susceptibility to connection exhaustion based on the total number of concurrent TCP connections if there is a limit on the same. Furthermore, this vulnerability mostly affects services with a large memory footprint per connection or handles connections in independent threads.

Interactive and easy-to-use interface after installation.
Attacks can be made on SMTP, FTP, HTTP, Telnet, and IMAP.
Uses SOCK proxies & SSL connections.

All of the programs listed above are Windows DDoS attack tools. However, some are available on other platforms, such as Linux and macOS.

DDoS assaults are unlawful, but there are legal methods to use them, such as blocking your server or service that you do not want to attract people’s attention. I hope that your search for the best DDoS attack tool online is for a good and legal reason. We hope to have addressed your questions regarding the best DDoS tool download. Please provide your input in the section below.