by admin
in Tech 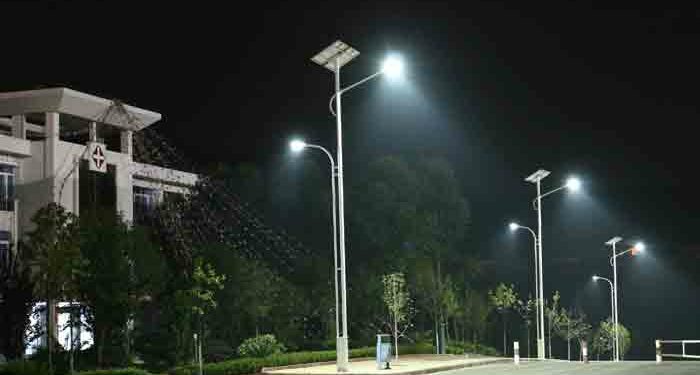 Nearly every day you hear some story involving what are known as ‘alternative energy’ sources. One of the most widely used forms of alternative energy is solar power. Solar-powered items, like floodlights and other outdoor solar light fixtures, are making their way into an ever-increasing number of homes, and have been only getting better over the years.

Solar power can be broken down into two steps; absorb the energy from the sun and convert it into electricity, and store any and all excess electricity throughout the day for use during the night. In the case of solar-powered lights or other solar items, there will also be a light or something directly linked to the solar system to power it completely independently of your home power supply.

Solar Lights Work And Save You Money

There are two main things about solar lights that are certain. The first is that they will charge up every day and turn on every night as long as their battery lasts. The second is exactly how long they last, considering the majority of solar lights have LED lights that can have upwards of 100 thousand hours of life. So, even if they ran all day every day, they would potentially last more than a decade of use!

There will be manufacturing defects, as there are with any item that is produced on a larger scale. There is a chance the battery or light fixture could just be bad, in which case that particular solar light will not work. However, for the most part, you will be able to count on them charging and lighting up for years and years to come. Twenty years ago a light bulb that could last ten years or longer was absolutely unheard of, but now they are in almost every home across the country.

Solar Lights Will Pay For Themselves

The absolute best thing about solar lights is that their power source is completely and totally free to everyone. As long as you get enough sunlight to tell it is daytime, your lights should be able to charge enough to run all night long, as long as their built-in battery holds enough charge. Since they gather their own energy, it is essentially free light that you can use to help make your life easier while saving yourself some money.

Instead of having more things hooked into your home power supply and paying those always climbing rates, you can have all the light you need without the trouble. Wiring new lights can be rather expensive and time-consuming, requiring not only an electrician but possibly drywall repair if any extra holes have to be made to put them in that way. With solar-powered lights, you only need to mount them where their built-in solar panels can catch some rays and they will be ready to go immediately.

There Is No Reason Not To Try Solar Powered Lights

Everyone needs some light in their world, and for many centuries you either paid for the power to keep them on or just used candles. But thanks to the advances in solar technology, that is no longer the case. Much like a lot of technology, as solar has advanced, it has gotten smaller and smaller, and now it can be put onto individual fixtures to power them without being connected to your electrical system.

Given that the majority of solar fixtures have bright, clear LED bulbs or cells in them and the fact that they produce their own power, there are no negatives to trying them, at the least. They will definitely save you some money.

Find out Everything About Branding Strategy