Emulating 101: 4 of the Best Emulators to Play Classic PS1 Games on Your PC 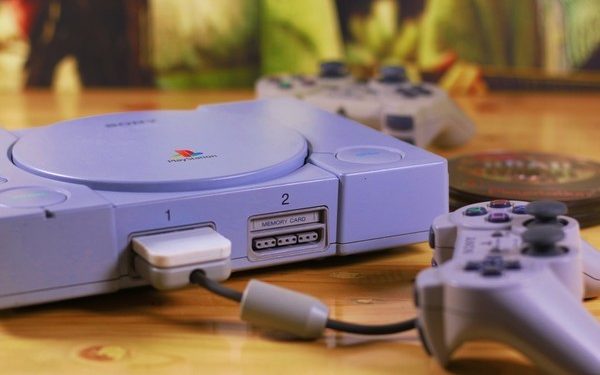 Once in a while, it’s best to look back at the past. Whether it’s movies, some food, or some fond memory, it’s healthy to be nostalgic. One of the most sought after memories that most people want to relive is playing classic games.

Most of us have owned a PlayStation 1 console. Of course, the first-ever PlayStation was Sony’s first console in the video game industry. Classic games such as Tekken, Crash Bandicoot, Final Fantasy VII, and so many more were the stories of our childhood. Who would’ve thought that a small gray box would’ve made a kid’s whole afternoon awesome?

Fast forward to today’s time, and PlayStation 1s aren’t around anymore. Although there are better versions like the PS4 and the upcoming PS5, these consoles don’t have backward compatibility with the PS1. What if you want to enjoy older games? You could buy a PS1, but how about game CDs? These are incredibly rare, and if you managed to get some, it’s not a guarantee that it’ll work.

An alternative and a more sure-fire way to play classic PS1 games is to play it on your PC using an emulator. Emulators are programs that can either be software or hardware. These programs enable a system to behave just like another system. In our case, emulators allow our PC to run classic PS1 games.

And here’s another good news, some emulators can run not just PS1, but PS2, PS3, and possibly PS4 games. With that said, here’s a list of the best PlayStation emulators you can run on your PC.

The PCSX comes with default plugins, so you won’t have to look all over the internet. With its recent improvements, users can expect an easier GUI to work with, translation support, and improved performance with the AMD64.

The ePSXe is one of the most popular and most recommended emulators for your pc. The reason for this popularity is that ePSXe is the easiest to install. Don’t worry if you don’t have BIOS with you. A BIOS is basically the whole engine for an emulator. Without a BIOS, your emulator won’t run. For licensing reasons, we won’t tell you where to download it. Just use a search engine, and you’ll quickly come up with excellent results.

Apart from clicking next after loading plugins and loading a BIOS, you don’t have to do anything else. What’s more, ePSXe rarely has compatibility issues when running old PS1 games. Unlike other emulators, the ePSXe effortlessly supports loading and saving save states. With just a press of a button, you can quickly run through several save states in no time.

There are also special features within ePSXe that allow for certain games to run smoothly. Games like FFIX need a bit of tweaking before they run bug-free on an emulator. With ePSXe’s cool features, you can just turn it on or off when you run the game.

Like the other emulators, ClassicBoy comes with every plugin and everything else you’ll need for it to run smoothly. The only difference with this emulator is that it supports PSX, N64, SNES, NeoGeo, and SEGA. Be wary, though, an emulator that has tons of features can also have a drawback.

For one, game compatibility will matter as there are unique settings that work with each game. For example, the settings for a PlayStation game “a” might not work with the settings for SEGA game “b” and so on. Aside from this fact, the creator of ClassicBoy has not updated the system since 2014, which then again, adds to more compatibility issues. If you’re not planning on any heavy tweaking, then ClassicBoy can work perfectly with your games.

EmuBox is a bit newer in terms of age from the other emulators on this list. Being newer means that EmuBox can run different games from different systems. These systems include SNES, Nintendo DS, NES, and, most importantly, the PlayStation. EmuBox is simple to use, which means you can’t easily configure the emulator. This fact may be a drawback for more experienced users. Still, you won’t get a lot of laggy games when you run EmuBox.

To relive your nostalgia for classic PlayStation games, then you have to use emulators. Unless you have a source for PlayStation game CDs and your original PlayStation, you should go with an emulator. The four mentioned above are some of the best.

10 Careers to Choose if You Are Creative

No Result
View All Result
error: Content is Protected!