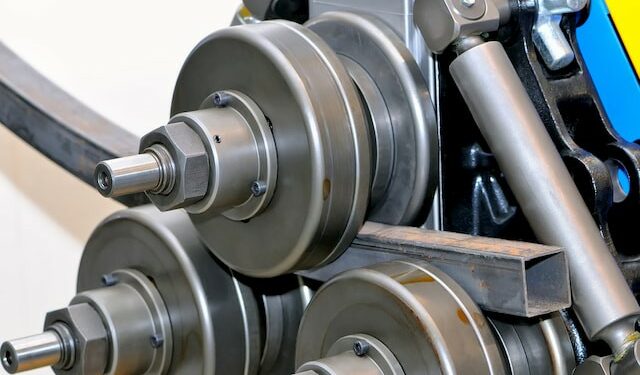 Pipe and tube bending machines are nothing new as they date back to the early 20th century when rolled steel joists were curved by metal benders for use as colliery arches to support underground workings.

Nowadays, there are plenty of different kinds of bending machines that range from the simple manually-operated pipe and tube benders up to completely computerized numerically controlled pipe bending machines produced by a fully-equipped bending company that practically satisfies the highest requirements in terms of technical performance capabilities and quality.

Highly depending on the particular bending method used, the starting material’s physical and mechanical properties may be altered, but the ultimate goal of building a finished product used in almost every industry always remains the same.

Read along to find more about the four different types of pipe and bending processes, and the few essential factors that you should always keep in mind when creating the design for your pipe and tube bending projects.

Basically, there are four basic techniques or methods used for pipe and tube bending. These four methods represent the standard for different pipe and tube materials and diameters. The configuration and the radius of the desired part play a determining factor of which bending method would be applied.

While selecting a bending technique, always keep in mind that the final product’s desired radius and wall thickness are the two most influential factors. To achieve the best results, it’s recommended by industry professionals that the radius is 3x the tube or pipe diameter. Smaller radiuses are also a possibility, but there’s a chance of complications if the pipe or tube walls are too thin. Here are the four primary techniques used for pipe and tube bending applications.

Rotary draw bending is a multipurpose bending process that involves clamping the outer part of a pipe and bending it over a die with the exact radius as the desired tube radius. This technique is massively utilized for bending applications that necessitate a tighter radius because the die helps prevent the pipe from forming into an oval shape while it’s bent.

The clamping pressure must closely be monitored during the procedure to ensure that no exterior wrinkling occurs and that the material won’t become too thin. Selecting the right pipe material for the desired radius and preserving a steady clamping pressure can prevent issues like damaging the product and collapsing the pipe bending procedure. 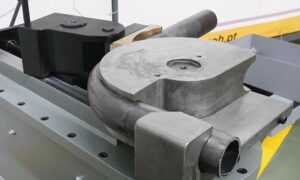 Photo from The Fabricator

Ram bending is possibly the most straightforward and cost-effective pipe and tube bending technique. This process turns the pipes and tubes by driving a hydraulic ram into short segments of the pipe that are braced against a pivot block or roller.

Afterward, the pipe or tube is shifted, and the process is continual in multiple locations of the products until the desired radius is achieved. This technique’s simplicity means that there’s less control, so it’s not always the recommended pipe bending method for applications that require a tight tolerance.

As the tubing passes among the rollers, the top roller exerts downward pressure, compelling the bottom rollers’ workpiece and causing the pipe to bend. In most cases, these rollers are either manually or hydraulically adjustable.

Mandrel bending is perhaps the most precise pipe and tube bending process that produces very few deformations in the final product. Due to the use of internal reinforcements, it can bend thin materials to a closer radius than they could typically sustain without breaking or deforming.

READ:  Questions You Need To Answer To Create A Successful Business

An internal mandrel is placed into the tube shaft at the angle where the pipe should be bent. This way, the mandrel prevents the pipe’s interior from unintended deformations while the workpiece is drawn through a counter bending die and a forming die set. This technique is frequently used to produce exhaust pipes, intake and heat exchange tubing, and dairy tubing.

Essential Factors To Consider For Pipe And Tube Bending

There are a few essential factors to consider when coming up with your pipe bending project’s design. These include pipe and tube material, wall thickness, and tolerances.

Pipe and tube materials are chosen for various reasons, including corrosion resistance, durability, and thermal conductivity. The most common materials include: 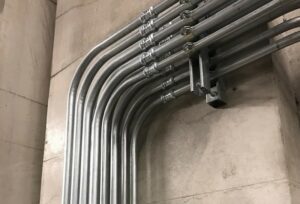 Photo from Make It From Metal

Wall thickness is one of the most critical factors in determining the radius in which a particular pipe or tube can be bent. Each tubing outside diameter comes in a diversity of wall-thickness choices, and as the walls get more solid, the amount of force the tubing can withstand enlarges, and the amount of flow decreases. On the contrary, the thinner the wall – the more susceptible the pipe is to collapse during the bending procedure.

The tighter the tolerance, the higher the cost of the whole bending operation. If you want to keep your production costs down, design your pipes and tubes with minimum tolerance for your end product to function correctly.

Pipe and tube manufacturers typically use various designs from circular to square shapes and use the products in a diversified range of industries. Now that you have a better idea of how pipe and tube bending work, feel free to consult with a professional and employ the latest techniques and methods to create the end products that your business needs.

5 Amazon Prime Videos Worth Watching for All Entrepreneurs

What Changes Have Been Made From The Valorant Beta For eSports