Everything you Need to Know About Dynamic RAM

by KEN
in Computers, Tech 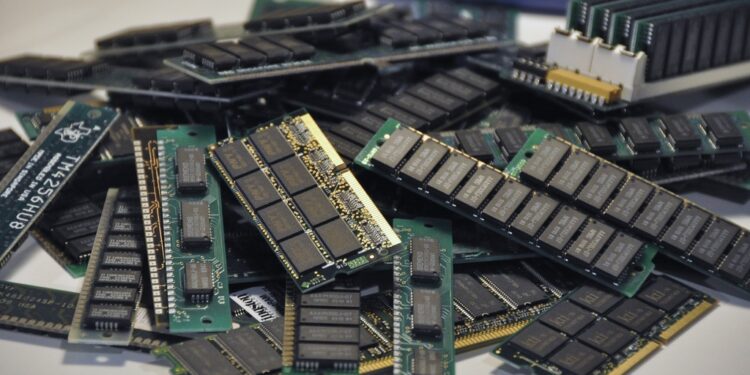 A Brief About Internal Memory

Internal memory is of two main types – ROM and RAM.

ROM (read-only memory) is a non-volatile memory type, which is necessary to boot the computer.

RAM, on the other hand, is a whole new world with a lot of functionality. It stands for Random Access Memory. It stores data for the time being while the CPU executes its tasks. If a system has more RAM, the CPU will take less time to do tasks. This is why computers with at least 6 GB RAM are recommended for regular and office purposes.

The one thing you should remember about RAM is that it is volatile, which means that it needs power to store data. The moment the power is lost, the data is lost as well.

RAM can further be classified into two types –

The History Of Dynamic Memory of DRAM

Let’s go back in time and see where it all began. It was the year 1965 when Toshiba used DRAM in one of its calculators. Soon after that, IBM joined the bandwagon and came up with a memory chip (16-bit). It didn’t manage to sweep the masses, though.

A few years later metal oxide semi-conductor field-effect transistor was invented, which then lead to DRAM being created. The patent for this came in 1968 and within a year, Intel produced a DRAM with a spectacular 3-cell transistor cell. 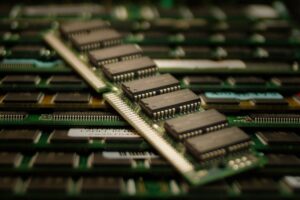 Now that we understand what DRAM is and how it came into existence, we shall discuss the main aspect – how it works.

DRAM stores small parts of data in memory cells or storage cells. Each of these cells has a capacitor and a transistor. The transistor is activated with charge and to stay activated it needs a continuous supply of charge. Also, the capacitor has a tendency to leak data very slowly. This is why refreshing within milliseconds is important to ensure that all data is stored safely.

Because SRAM is extremely expensive, despite a few downsides, DRAM is most widely used in computers.

There are multiple different types of dynamic RAM. You may have heard of some of them already. Discussing each of them will help you understand what their functions are:

You are now in the world of DRAM packaging! Yes, it is available in various packages, each serving a particular need. The two main types are:

Now that we have learned the basics of dynamic RAM and its functions, reflecting on its pros and cons will help establish why it is so common today.

DRAM is a huge landmark in technology and the world of computers. However, it is still developing and if experts are to be believed, there’s a lot of room for development. Who knows what the future holds for it? May be it will be able to meet the rapidly changing demands of the tech world?

We hope this article was helpful. If you have any more doubts or questions about DRAM, please reach out to us via email or comments.

Why Should You Choose Division 2 Boosting?

The Advantages and Disadvantages of Mainstream Clouds