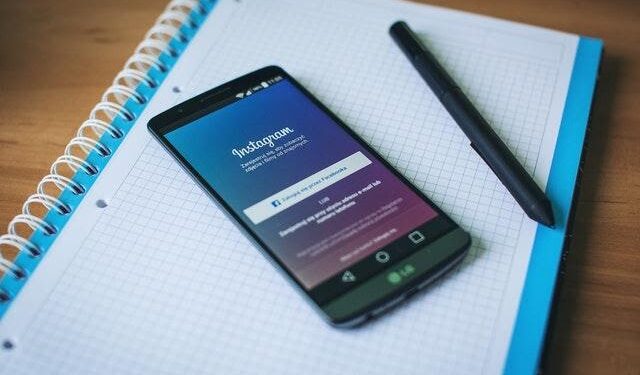 The Head of Instagram, Adam Mosseri, confirmed that Facebook is actively working on creating a new version of the beloved app targeted at children under the age of 13. The American technology conglomerate wants lots of kids to use Instagram, but there’s no detailed plan for the time being. The aim is to design an Instagram where parents enjoy transparency and control. The app is for kids, but it’s managed by parents. As a reminder, Instagram currently bans children under 13 from the platform. According to the terms of service, you have to be 13 to use the social media platform, but, surprisingly, there’s no age verification process.

The announcement came days after Facebook recognized that it’s necessary to do more in terms of protecting young users. It has an unpardonable history of protecting children’s privacy and data on the platform. What is more, there has been coverage of abuse, bullying, and predation faced by teens deploying the app. One could argue that Facebook puts profits over people. There aren’t enough safety measures in place for youngsters to use it because social media wasn’t built with children in mind. Nonetheless, youngsters are already online and tech companies like Facebook are striving to build more spaces for them.

This idea didn’t sit well with people, many opposing the idea entirely

Facebook’s attempt to make a kids’ app has met with severe criticism and it’s not hard to understand why. Many people agree with the fact that the tech company should abandon its current plans to launch a version of Instagram for children. A request has been sent, in the form of a letter, urging Facebook to reconsider its standing. The letter was written by a group of 44 U.S. attorneys general. Federal lawmakers have also expressed some reservations concerning the impact of social media on children. Increasing exposure to technology translates into the fact that more kids are growing up with anxiety and less self-esteem.

The Campaign for a Commercial-Free Childhood has also reached out to Mark Zuckerberg believing that the app would put youngsters at great risk. For those of you who don’t know, CCFC is an NGO that seeks to eliminate children-targeted marketing and create awareness regarding screen time and the consequences of leading a digital lifestyle. And while we’re on the matter of the negative effects of technology on children, let’s not forget even education technology has a privacy problem. The COVID-19 pandemic has encouraged the use of privacy-invasive technologies in schools. Educational services, which are available at a steeply reduced price or even free, come with unresolved ethical questions.

Instagram for kids is a bad idea for several reasons. If people start using the social networking app early in life, they’ll remain rooted in that system as the years go by. In the meantime, Facebook will get a clear understanding of what kind of sponsored content they use will interact with. It’s even possible that Facebook will introduce child-specific advertising on Instagram for kids, if not right away, somewhere along the road. At first glance, the kid-only platform seems relatively harmless. Parents have complete control over their children’s accounts and can filter the content they would like them to watch. Nonetheless, it’s important to keep in mind that these are merely theories; there’s no solid evidence that Facebook will hold onto its promises.

Are there any other tech companies making apps for young users?

Targeting online products to children under the age of 13 is not only unethical but also illegal. In September 2019, the Federal Trade Commission fined Google for monitoring the viewing histories of children to serve them ads on YouTube. Both Google and YouTube were forced to pay a record $170 million for violating children’s privacy laws. If the laws had been properly observed and enforced, maybe it wouldn’t have come to this situation. Social media for kids violates young people’s privacy and creates an increased risk of depression, among other things. As you can guess, Facebook isn’t the only one out there making apps for young users.

Tech companies are seeking new ways to appeal to kids, which represent an untapped market. It’s fairly simple to build brand loyalty among children and they have an important influence when it comes down to family spending. The problem is that tech companies have to make parents excited about the brand too. So, they design products that parents would approve. Unfortunately, youngsters are monitored, profiled, and targeted with ads. They give in to the pressures of marketing and aren’t able to recognize that their data is being used to target them. Even if companies like Facebook take pride in their green commitments, they make revenue by enforcing aggressive marketing that encourages hyper-consumerism.

Disney has several apps for kids, which are available for iOS and Android phones. Youngsters can enjoy exciting stories, interesting puzzle games, and discover family recipes. Disney didn’t take too long to understand its target market and become successful. At present, it reaches the hearts of children and adults alike by providing family-friendly entertainment. Unlike other companies, Disney has a very strict COPPA compliance program. To be more precise, younger people are protected from unlawful data collection. Nevertheless, the media and entertainment conglomerate has been accused in the past of illegally tracking children via apps. There’s no guarantee that personal information isn’t collected.

All in all, parents should be wary as far as letting their children sign up for any app. They should look for features that make it hard, if not impossible to monitor communications. An example would be the Instagram Stories feature that removes the post after 24 hours. Equally important is to make sure that only approved contacts can communicate with the child. It’s necessary for parents to check parental monitoring features and see how much control they have in reality. Kids might be able to turn them off and parents don’t even get notified.

Right now, we don’t know when the new version of Instagram will be launched. The only thing we know for sure is that nobody is happy about it, whether we’re talking about lawmakers or parents. Facebook is supposedly trying to make its products safe for younger users, but it doesn’t enjoy too much support following the safety issues.

Why You Should Invest in Grand Seiko Watches