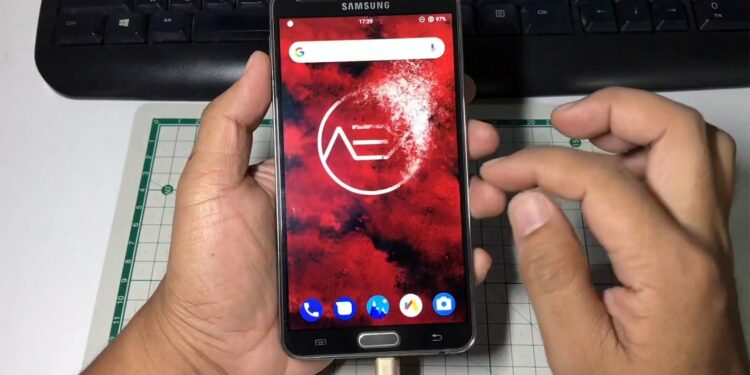 Additionally, it permits each community to design and custom ROM for each user’s phone. Samsung initially introduced Galaxy Note 3 in September 2013. Samsung Galaxy Note 3 shipped with an Android version of Android 4.3 Jelly Bean, which was eventually upgraded to Android 5.0 Lollipop.

This article lists the best ROMs for the Note 3 N9005 that are currently available. However, before discussing installing and downloading Custom ROMs for Samsung Galaxy Note 3, let’s examine the distinction between stock ROM and custom ROM.

List of the Best Custom ROM for Samsung Galaxy Note 3

Thus, some Android community developers are customizing the Android operating system by removing all bloatware and making it a pure Android experience with no pre-installed or OEM apps.

By offering an update to the prior custom ROM, the official community and other developers are addressing any reports of issues. Custom ROM enables users to experience the most recent Android version, even if that OS version is incompatible with the user’s smartphone.

Why Do You Want to Install a Custom ROM?

Taking Ownership of Android Phone: You may command your devices by installing a custom ROM. You can change your device’s operating system, gain access to more settings, and alter the user experience as long as users are satisfied.

Personalizing Everything: You now have complete authority to take your phone to the next level. Android’s greatest advantage is that it is configurable, allowing users to change the launcher, create gestures, & replace ions.

Using Free and Open-Source Software: Open source pedant can purchase an Android phone, flash its ROM, and have a different hardware experience. Overall, you will enjoy total autonomy on your smartphone.

Extending the Life of Your Phone: Another advantage of running a custom ROM is that you can continue to use the most recent version of Android even after your device has reached its end of life. Like your PC, you can determine how long you can use the paid-for device.

Being Less Reliant on Companies: In some instances, major corporations omit the best features, including unneeded modifications, ship poorly designed software, and even include apps that attempt to sell you useless goods.

Getting Android Updates Faster: Android upgrades are so frequent for most users that they may not even notice when they arrive. However, by using a custom ROM, you have control over software updates. You’ll receive the update if you’re lucky, but they cannot guarantee it.

Removing Bloatware: Some smartphones typically include more software than is necessary. These unwanted apps are known as bloat wares. These apps are already installed on your new phone.

Speeding Everything Up: Some Android devices become slower as they age, while others are initially slow. Installing a custom ROM is one technique to improve your phone’s performance.

Getting Better Battery Life: In recent years, the battery life of smartphones has significantly increased. By using modified ROMs, you may maintain or extend the battery life. In addition, you do not have to deal with Google Play services or services from Samsung, Huawei, Sony, or HTC when using a custom ROM.

Undoing Unwanted Changes: New versions of Android offer enhanced battery life and stability enhancements and make day-to-day phone use more convenient and user-friendly. However, not all changes are universally welcomed or accepted. For example, you may dislike how Android Pie’s app drawer requires two swipes to reach.

Getting Involved in the Android Community: Users are viewed by manufacturers and developers as their customers. You may fall in love with Android and want to contribute to the development of the Android community, but they do not have a position for you. The custom ROM community, however, supports and welcomes new developers. You are investing your time deliberately and simultaneously acquiring experience.

Before installing a custom ROM, there are several factors to consider.

Before starting, make sure to back up all of your device’s data.

Ensure that your device is fully charged before installing a custom ROM.

Installing a custom ROM is a lengthy procedure. Therefore patience is required. Few ROMs can take up to 30 minutes to install. Any extra action would interfere with the installation of a custom ROM. 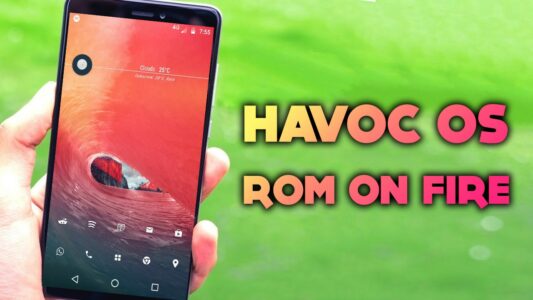 On our list, the first custom ROM is Havoc OS ROM. This ROM is built on ASOP and is inspired by Pixel. This Samsung Note 3 custom ROM download intends to keep things simple, clean, and organized. The ROM’s performance is respectable, which is adequate. In addition, Material Design 2.0 is featured. If you encounter any issues, you can quickly report them to the developer. In addition, Havoc OS includes a multitude of features, such as gaming mode, reading mode, animation customization, compass, and ambient display. It is compatible with Android version 10

In our list of top-rated Galaxy Note 3 Custom ROMs, next, we have AOKP (Android Open Kang Project). It is identical to the Android 8.1 Oreo ROM but with additional features. Despite numerous deficiencies, such as Bluetooth connectivity issues and glitches, this is the best ROM for the Note 3 N9005. 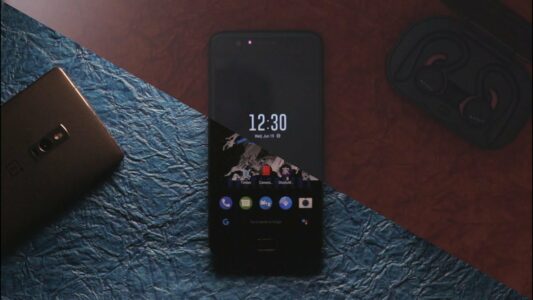 BootleggersROM is among an excellent Galaxy Note 3 Custom ROMs that features Android 9.0 Pie and is built on ASOP with corrections and patches from LineageOS and other versions. The purpose of this operating system is to deliver several functions and useful apps to the device you use. In addition, this ROM includes numerous unique ringtones, themes, and fonts that give your device a new look. It is the best ROM for Samsung Galaxy Note 3. 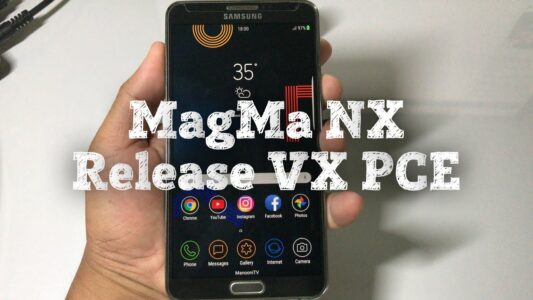 If we talk about the highly-rated Galaxy Note 3 Custom ROMs You Can Install, MagMa NX ROX provides the latest Galaxy phone experience to your Samsung Galaxy Note 3, which is nine years old. It is built on Android version 6.0.1 marshmallow with Dream UI and looks flawless. Among the many available are some of the most useful features of MagMa NX.

The biggest shortcoming of this ROM is its speed. It does not imply that the ROM is slow; however, sporadic stuttering or lag may occur during intensive performance. 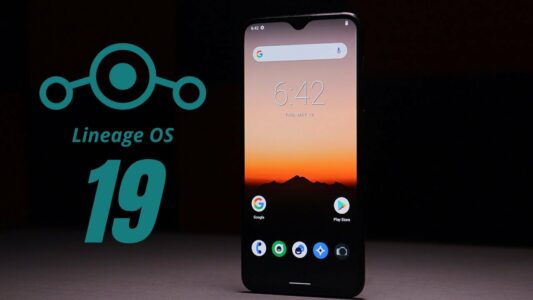 Android 7 Nougat is available for your Samsung Galaxy Note 3 via the official Lineage OS. This greatest ROM for the Note 3 N9005 is a stock Android with a clean appearance and feel. It is the stripped-down version of Google, with no bloatware. Thus, a user can experience the phone as incredibly fluid and quick. However, this ROM’s drawbacks include system issues and underwhelming functionality.

Android Ice Cold Project, also known as AICP, began on Desire HD and evolved into a mature ROM. The ROM is consistently AOKP-based. As AOKP ceased development, its source code was converted to Lineage OS. This ROM has minimal, clean, and organized elements. This ROM’s performance is comparable to that of others. This ROM offers a large number of customizations and also includes Android 10, which is advantageous. 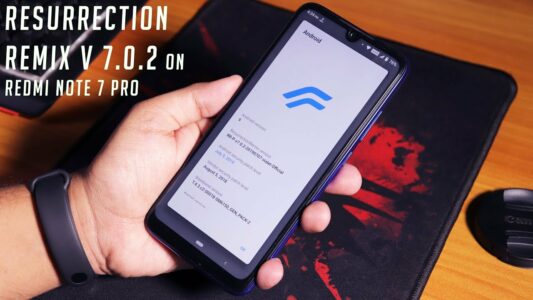 If we talk about the popular and top-rated Galaxy Note 3 Custom ROMs, the DarkLord series is renowned for its dependability, and this ROM is packed with features. Android 6 Marshmallow is based on the Samsung S7 Edge Stock ROM, as the name suggests.

This ROM is well-known for its features and extensive customization options. It offers comparable functionality to Samsung S7 Edge Stock ROM. It is a capable and stable ROM. This ROM’s lack of support for a video recorder is its most significant flaw. There are a few solutions, but it is still an error. 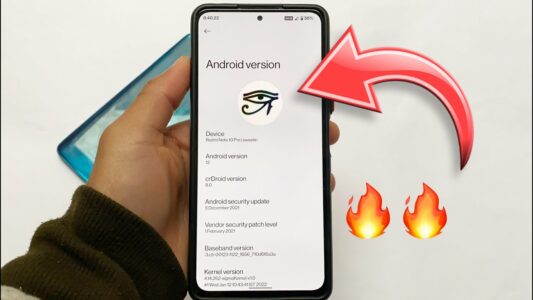 CRDroid is one of the highly-rated ROM for Note 3 N9005 that comes with Android 10.  Besides, CRDroid for Samsung Galaxy Note 3 seeks to improve the performance and dependability of stock Android and offer the most advanced features to date. It includes a customizable lock screen, status bar, buttons, and themes, among other things. XDA is where the majority of this ROM’s features can be located.

This tutorial should have helped you locate your device’s best Galaxy Note 3 custom ROMs. Tell us how this article was most helpful to you. Additionally, if you have any questions or suggestions about this article, please leave them in the comments.

What Does it Look Like When a Country’s GDP is Growing?