by SOUL
in Health 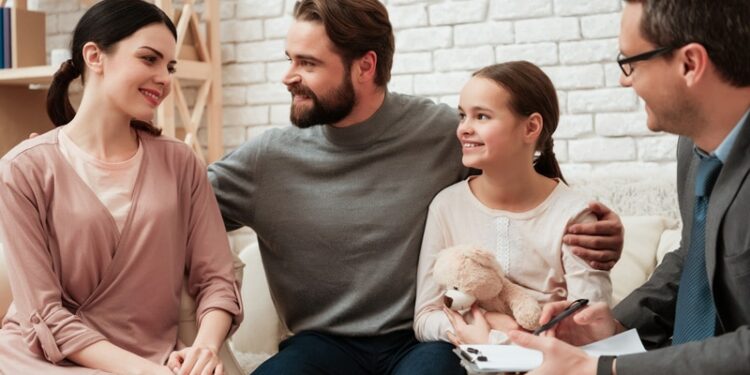 Let’s be honest: This is not a comfortable topic. But it is precisely because it is uncomfortable that it is important to talk about. When you hear about drug addiction it is usually in the context of condemning the addict. People like to shame addicts for being addicted to their vice.

But that is an incorrect way of looking at things. Drug addiction is not a problem localized entirely into one person. It is a problem that can come as a result of terrible circumstances, and it can have an impact on more than just the person who is actually addicted to the drugs.

Drug addiction will impact the friends, family, and loved ones of a drug addict as much as it will impact the addict themselves. It will impact them differently, however, and understanding those differences is important both for people who are inside that situation and those on the outside.

Let’s talk about exactly what drug addiction does to hurt a family.

This is one of the first signs that a family will see that one of their own has a substance abuse problem. Drugs can start out as recreational or as self-medication for anxiety or depression. But as the dependence builds, they will become a problem rather than a solution to a problem.

And the first way that they will become a problem is in the disruption of normal sleeping, eating, and attendance to responsibilities. Bills, appointments, and birthdays will be forgotten. The addict’s friends will change to reflect their growing need to use their vice more and more.

All of this will add up to the addict becoming less and less engaged with the family that loves them. This is a hurtful experience, as it can feel like the addict is choosing their vice over family.

People know about this side effect of drugs more than just about any other side effect. Why?

Well, it is the easiest to dramatize in TV. But it is also not as common as you might think. You might even miss out on the fact that your loved one is an addict if you are looking for it.

READ:  4 Things To Consider When You Want To Be A Nurse

But when it crops up you will definitely notice it. The irritability will not happen randomly. It will happen as the addict gets further and further from their last use of their vice. And it will become highly pronounced in the face of obstacles in the way of using that vice even more.

It is worth noting, however, that irritability mostly happens before the person recognizes that they have a problem. Once an addict has expressed self-awareness, they are usually able to recognize that their negative attitude is a symptom of addiction rather than valid.

Now let’s be careful before we go any further. It is critical that we know what we are saying here. We are saying that addiction can lead to people being abusive. But what does that mean? Not everyone who is addicted to the same drug will be abusive, but some will.

People who have drug and alcohol problems do not develop those problems out of thin air. Statistically, they are quite commonly found in poorer areas where access to resources of all kinds if far more scarce (particularly healthy food, clean living spaces, and healthcare).

All of this is important to understand because it is far too easy to characterize all addicts as abusers. That is not the message we want to send because that is simply not true.

Abuse happens for lots of reasons that culminate in an abuser making hurtful choices. Addiction and the inability to recognize it are just a pair of those choices. So, while we do not want to paint addicts as fated to be abusers, we cannot ignore how addiction contributes to abuse patterns.

On a more material note, many families have been hit hard by the opioid epidemic in particular. Why? Because it has caused people to turn to heroin and fentanyl as substitutes.

These drugs, and many like them, are expensive. Maybe not all at once, but over time the demands pile up. They do not just cost money to buy. They also cost time to take and recover from. Eventually all the user’s time is spent taking them and recovering from them.

This can ruin a family. Rent and bills become harder to pay. Taking care of children is nearly impossible. The way addiction works, an addict will even prioritize getting a fix over eating. This is a worst-case scenario, but it is also more common than you might think.

Finance management is impossible for an addict, and it can become impossible for their family as a result. The worst part is when the addict is also the main breadwinner of the family. If they have authority over the finances of the family, then it is easy for them to get abusive with it.

A lot of negativity has been directed towards addicts, so let’s make one thing clear: Addicts are people that need help. The problem that we are trying to point out, however, is that they can also be hurtful too. And this can put their family members in an impossible position.

Here is a hard piece of advice to swallow: If an addict does not recognize their addiction or toxic behavior, then helping them has to come second to mitigating their damage. Sometimes that means getting away from them. Don’t let anyone hold you hostage.

If you want to learn how to deal with personalities like that, check out Ocean Recovery’s website.