How IoT Has Changed The Face Of Mobile App Development? 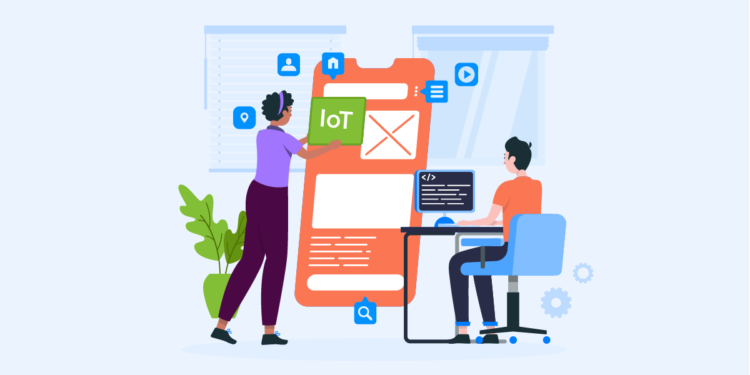 With the growth of digitalization, the mobile app market is making great progress. It’s no wonder why 90% of people spend the majority of their mobile time on interactive applications. The app development industry has come a long way in the industry and has started being influenced by the growth of the Internet of Things (IoT) too.

Consumers are demanding more apps with better functionality each passing day. Being a developer, you need to adopt the latest tools, technologies, and trends to develop intuitive apps across numerous verticals and platforms. Talking about IoT, it has certainly changed how people interact with different technologies and each other.

Nowadays, mobile apps and IoT have started working hand in hand. With this change, apps have become more streamlined and functional, as compared to their earlier versions. As the Internet of Things takes off, users can easily connect with the world through their smartphones and tablets. There are a plethora of ways IoT impacts the mobile app development industry.

As IoT keeps getting better, the idea of a fine line between virtual and reality becomes blurred, in the most creative ways you’ve ever seen. There is no doubt that if the growth pace is the same then IoT will be a reality and our lives will change drastically.

IoT has seen a sudden growth in today’s digital era, and with the help of mobility-based capabilities, the technology is assured to create new opportunities in business performance, innovation, and user experience. Here’s a quick list of figures and stats that highlights the changes brought by IoT in mobile app development:

READ:  Amazing Tech That Can Make Your Life Easier in 2021

As the figures predict, the present requirements of end-users are encouraging developers to harness the capabilities of IoT to innovate their apps and stay ahead of the crowd in their vertical. Moreover, IoT developers are also bringing a new era of innovation with the help of applications developed to control an existing technology.

IoT – What Exactly You Need To Know About It?

IoT is explained in the simplest terms as a network of internet-connected devices. Any cluster of devices connected for a variety of tasks through a network can be considered an IoT network. It’s commonly found in commercial places such as offices where multiple devices such as printers, chrome casts, and projectors are connected.

With the help of IoT, it’s easier for developers to manage projects that require multiple employee departments. It also makes the process of storing and accessing data across multiple devices easier. That’s why this technology can be easily applied in different business sectors and make the conventional approach of managing and sorting data easier. IoT and big data are also used in driving smart cities and managing traffic.

As the majority of the mobile IoT app development companies started focusing on cloud data processing, predictive analysis, and data-driven services (all hail the IoT), it becomes important for developers to know how this advanced technology will impact their jobs.

With the capabilities of IoT, you can embed multiple apps and devices as one system and manage them easily. For example, tasks such as tracking the cab, switching on the light, or checking the security of a camera, mobile devices with IoT can be used that helps reduce manual efforts.

Every revolutionary product starts with an idea and nearly everyone is looking to revolutionize the way humans interact. Moreover, as stated earlier, user demands are getting more technology-driven that calls for the need for smarter solutions such as hybrid apps.

The integration of IoT in mobile application frameworks will offer programmers with the shared online programs by the software development giants so that it is easy to build an app. For instance, organizations, Microsoft presently provides features to rookie developers. More projects will be accessible, and development would be simpler with that as the IoT involves more and more features.

With the IoT’s commencement in the market, it embraces various opportunities and possibilities to provide the best possible service. It focuses on offering one centralized platform to end-users for the management of multiple devices. This has improved the cost-effect and ease of management for end-users as well as the app developers.

Desktop apps and mobile apps are different from each other. Thus, while developing mobile apps, the developer has to keep in mind that mobile applications cannot be bulky. Hence developers must develop IoT apps by letting the design facilitate multiple connectivity options such as it must be connected through the cellular network, NFC, wi-fi, and Bluetooth.

As we know, IoT is the future of innovation and technology, that’s why developers are investing their time towards the development of an application to make the mobile application easily adaptable while associating with other gadgets. For the applications that don’t support IoT functionality, they, later on, might face the danger of being out of the competition in the technology market.

READ:  The History and Rise of the Mobile App Industry

The Future is Ready! Are You?

With the above points in mind, it’s surely evident that IoT is a breakthrough in the app development industry. The progress in wearables and IoT devices will surely have a great impact on the way we look at technology. Although there are still some areas of concern such as data security and computing performance, the technology is always open for opportunities.

FUTURES AND OPTIONS IN FOREX TRADING

Do You Need a Degree to Work in IT?

Unique Ways Technology Can Help You Save Money