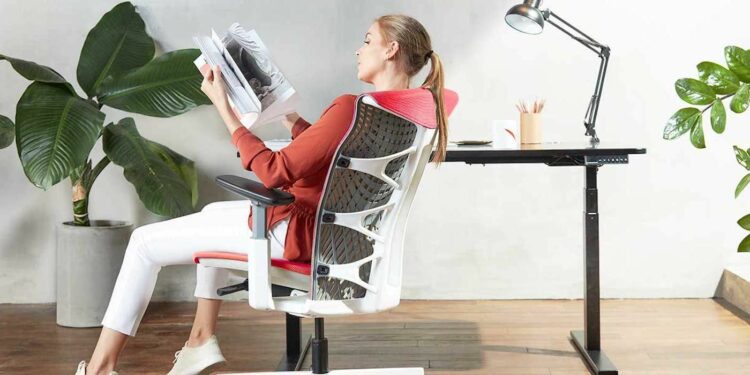 As technology continues to advance in the coming years, so will the application of ergonomics in the workplace. For decades, technology has been critical to understanding and improving the relationship between human efficiency and working environments through innovations in healthcare and design. Think about the office chair we are sitting on today. The technology of those chairs has improved a lot and much better than what they were 30 years ago.

Historically, technology has always played a large role in the advancement of ergonomics both in theory and in practice. During World War II, engineers began to investigate and incorporate ergonomics into the construction of war machinery. Years later, the concept of ergonomics rose to prevalence in the 1970s due in part to the technological advancements that followed the United States’ involvement in the Cold War. Soon, doctors and scientists began to make the connection between persistent health issues that plagued office workers and poorly designed workplace environments.

One of the main ways that technology continues to improve ergonomics is through its ability to determine and diagnose injuries caused by unnatural and uncomfortable working conditions. When Carpal Tunnel Syndrome was first discovered, doctors used electromyography to identify damaged muscles in injured hands—damage often caused by repetitive typing that pinched median nerves over time. More recently, technologists have developed new innovations such as wearable devices that analyze a user’s spinal posture throughout their workday to determine if they are at risk of injuring their backs. Overall, technology can help to discover and pinpoint the different ways in which bodies are affected by poor ergonomics.

READ:  Transform Your House into a Modern Oasis with These Futuristic Upgrades

When Bill Stumpf decided to create the Ergon chair in 1976, he used time lapse photography to analyze how office workers moved throughout their workdays in order to determine how to best design a more ergonomic chair. Now, over 40 years later, designers continue to use technology in the development of their ergonomic creations. Over the last few years, researchers have been using pressure mapping technologies to uncover where the peak pressure points are when users sit in a chair for long periods of time. Technologists can then take this information and use it to design office chairs that best evenly distribute the pressure of the sitter, regardless of their body type or weight.

Additionally, technology has helped ergonomic design go far beyond that of office chairs. Some of the most common ailments that office workers complain of are migraines and headaches due to eyestrain. Through innovative advancements in technology, researchers have been able to create revolutionary software that automatically adjusts the color of a monitor screen to the most optimal setting. Using a monitor that adapts to warmer or cooler light depending upon the time of day can significantly reduce eyestrain and thereby decrease the risk of headaches and migraines. Researchers have also been able to use technology to measure the ideal angle that monitors should be positioned at in order to minimize neck and shoulder strain. As such, designers have now created monitors with adjustable “arms” that give the user the freedom to angle their computer screen to the recommended and most comfortable position. These are just some of the many examples of how technology is continually improving ergonomic design.

Some other ergonomic innovations developed through improvements in technology over the last few years have included things such as sit-to-stand desks, keyboards with split key design, and wearable devices that vibrate to remind the sitter to improve their posture. All of these creations are designed to minimize muscle strains, injuries, and health issues associated with poor ergonomics.

As research continues to evolve about the risks of some working environments, technologists will be able to take this information and apply it to the creation of new and even better ergonomic designs. For example, companies are now working alongside specialists to incorporate tracking systems within their workplaces to measure and analyze the risk of musculoskeletal disorders to their workers. Through this revolutionary process, technology is being utilized to proactively identify areas in need of ergonomic modifications and solutions.

Technology and ergonomics will forever go hand-in-hand. With the advancements in technology over the past decades, workers have been able to minimize their risk of experiencing injuries and health issues due to the nature of their workplace environments. While there is still a long way to go in perfecting an ergonomic office space, technology will continue to improve the creation of safer, healthier, and more efficient designs.

How You Can Be A Great Old School RuneScape Player

How to Turn off Telegram Notifications?

Qualities the Next Contractor You Hire Should Possess

Understanding MetaTrader 4: Your Guide to MT4