How to Organize a Successful Software Development Team 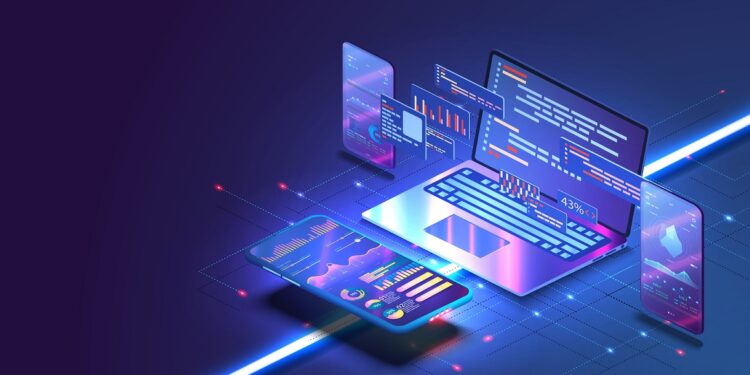 If you’re looking at putting together a new piece of software, whether it be the next hot mobile app or an extremely complicated piece of software for the web, more than likely you won’t be developing this software all by yourself.  Instead, you’ll need to surround yourself with a strong software development team to accomplish your goal of releasing your new product while also reaching the high standard you expect from your product.

A couple of the core players are necessary to bring a software product to life successfully. As you probably already know, the first and most important part of your team will be a web developer that is strong in coding skills. Software applications are built entirely with computer code, and the code acts as the instructions that the program will follow. Web developers must be fluent in this computer language to build a perfectly functioning program that works every time without fail. Once you have someone to write and code the software, you’ll need someone who can organize the actual user interface of the software. This person is called a designer, and they will make sure the program is visually appealing and enjoyable to use. The third and final person needed in your software development team will be a project manager. Project managers organize the overall steps of a project and make sure that tasks are being completed correctly and efficiently by the right people. They can also communicate with clients or customers if the software is being developed for another company.

The important people within your software development team are described more in-depth below.

READ:  Silicon Valley is struggling to work together against Trump's havoc

This one might almost go without saying, but if you’re going to have a new piece of software, then you’re going to need to have someone on your software development team who knows how to build it. If you’re the idea person, but not the coder, then you’ll also want to brainstorm with the coder on your team to discuss which specific functions are possible and within your budget.

Dependent on the type of software you’re trying to build, you’ll also need a coder who has experience in the language that will need to be used to bring the software to life (think CSS, Java, or HTML.)  Find someone who has a background in building software for similar niches or someone who does coding in a different language and may not charge you as much if they’re attempting to use this product as a portfolio builder and learning experience as they become more knowledgeable in a different coding language. 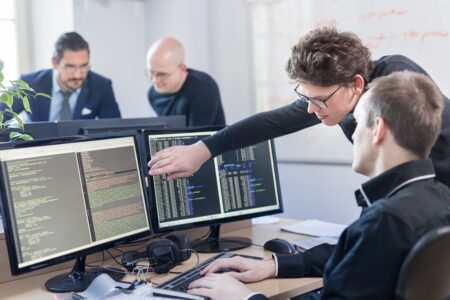 If your UX designer and general designer are different people, then they’ll coordinate on the color aspects, branding, and fonts that will be used on the front facing side of the software. You want your customers to enjoy using the software you create, so your designers will make the experience look seamless while also making it simple for your customers to act on their main goals.

As you set up your software development team, there are going to be a lot of moving parts to the whole process. While your developers and designers are working on bringing the app to life, as the founder, you might be out and about trying to drum up new business and sales for the software once it’s completed.

Your project manager will be the person who ensures that things run smoothly on your team and that action items are being fulfilled by the right people. They’ll help the project be finished on time and give each team member updates on items that they could be working on. This is a critical role that ensures proper communication between all members of your development team.

In conclusion, creating a high-quality piece of usable software often requires the skills and knowledge of a few talented individuals, not just one person. Programmers, designers, and managers work together effectively to develop software programs. To accomplish this, you can also consider purchasing a project management tool like Asana for your whole team to better stay on the same page. Many businesses today have taken advantage of tools like Asana to get work done faster and accurately. Even a piece of software like Asana was created by a software development team like we discussed above!

Home Renovation Trends to Consider for 2021