How Women Changed the World of Technology 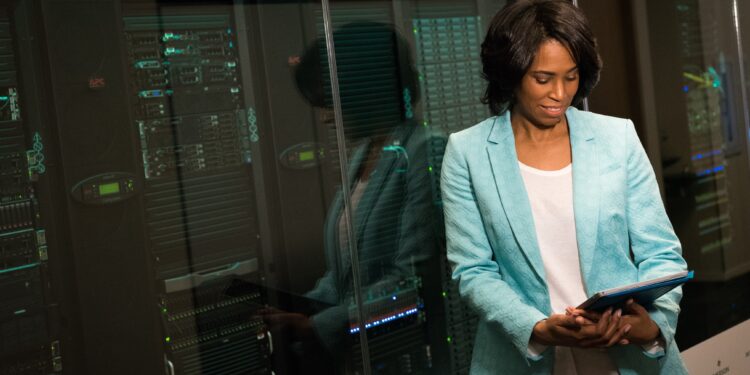 Ada Lovelace was the first computer programmer. In the 1800’s she worked with Charles Babbage to interpret the functioning of “Analytical Engine.” The “analytical engine” was a complex device that had the features of a modern computer. Ada Lovelace had an interest in mathematics since young, and her skills bore fruit when she translated the working of the analytical engine using algorithms. She had a vision of how computers and programming could become, and she published algorithms that computer users could need. Without her inventory of computer programming, most applications and websites could not be working today.

Hedy Lamarr, an actress in the 1900s, worked together with George Antheil and invented the “secret communication system.” Hedy Lamarr was a self-taught inventor, and she made the invention during World War 1. The “secret communication system” was initially created to set guided radio torpedoes during the war. Hedy Lamarr used the idea of spread spectrum transmission, and the argument has been used to create Wi-Fi, Bluetooth, and GPS. You all know how important Wi-Fi is and how it has brought changes in the world today. Wi-Fi is vital for easy communication, banking services, and entertainment.

Mary Wilkes was a computer programmer, and she was the inventor of the software LINC that enables you to work from home with your computer. She was the first person to use LINC at home in 1965. There is always a lot of work in the office, and often you may prefer to go and finish the work from home. Mary Wilkes made this possible by writing the LINC operation program to operate your personal computer. Mary Wilkes’s work was recognized at The National Museum of Computing in Bletchley Park.

Knowing how to code is an essential skill in the world of technology today. Reshma Saujani, the girls who code founder and CEO, brings girls together and teaches them bravery via computer coding. Reshma Saujani was an attorney, and she also served as the Deputy Public Advocate. Girls who code, which is a nonprofit making organization, was founded in 2012. The organization educates and teaches girls computer skills that enable them to have the confidence to pursue different career opportunities. Through the foundation, girls who code girls become equipped and suitable to work in the technology sector.

In 1969, the first closed-circuit TV was created by Mary Van Brittan Brown. There was a time when criminal acts were too much in New York and its neighborhood, and the police were acting slowly when called upon. That is when Mary Van Brittan Brown came up with a system that can see whatever is happening and record. Today the closed-circuit TV is an essential element in homes and businesses. When you have installed CCTV cameras on your premises, you will see everything that happens when you are not around. This has enhanced security because no one wants to be caught in the act of crime. In addition, CCTV cameras have improved honesty in business in that when the business owner is not around, he can still see how the employees are operating through the CCTV recordings.

Most workers in science, technology, engineering, and math are men. This is because there is a stereotype that women cannot handle technology matters. However, we can change this view by recognizing the efforts made by women and their changes in the technology world. Let us keep nurturing and encouraging women to take the wheel and start taking careers in technology. When most women realize their potential, we will fill the gender gap in the technology world.

Alternatives to PopcornFlix to Watch Free Movies And TV Series

WatchFree Alternatives to Watch Movies and TV Shows For Free

Using Tech For Performance Management At Your Company