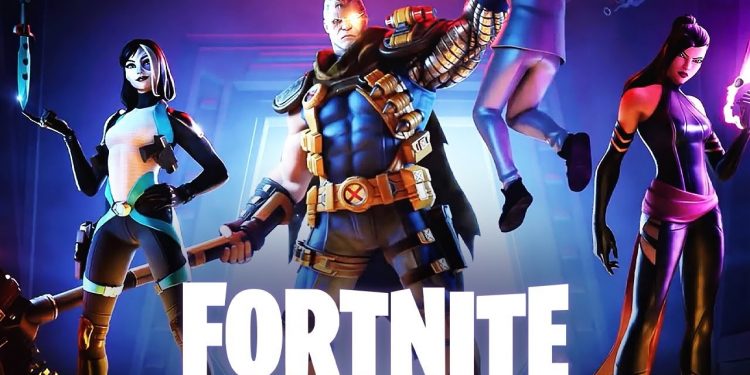 By every conceivable metric, Fortnite has made a fantastic start to 2020. Last week it hosted The Device, an event to mark the end of Season 2. It clocked in at 2.3 million concurrent viewers on Twitch, reclaiming the record for most watched event in the streaming platform’s history. The viewership figures might have been even higher if overwhelming demand had not caused Twitch to crash.

It has also branched out into party royale, a gun-free social space that allows players to simply log in and chat to friends online. You can even visit party royale and watch virtual concerts featuring famous names such as Travis Scott and Steve Aoki.

Fortnite is certainly riding the crest of a wave right now. However, it must overcome several key challenges if it is to maintain its position as the world’s biggest video game throughout 2020 and beyond.

Fortnite fully established itself as a cultural phenomenon in 2018. It was the top grossing free-to-play game in the world and earned Epic an estimated $2.4 billion that year. However, EA then unveiled Apex Legends in February 2019, and suddenly Fortnite’s crown looked under threat.

Epic responded to the arrival of a credible challenger by turning to the flourishing competitive gaming sector. It pumped around $90 million into Fortnite tournaments in 2019, culminating in the $30 million Fortnite World Cup at Flushing Meadows in New York.

That decision inspired several gamers to return to Fortnite in a bid to earn their fortune. It also generated a great deal of publicity for the game, allowing it to maintain the impressive momentum it enjoyed in 2018. The World Cup was a roaring success, as it enjoyed large viewership figures and caused a media sensation when a Bugha, a 16-year-old high school student from Pennsylvania, won the $3 million top prize in the solo event.

Out of nowhere, Fortnite became the third most lucrative esport of all time, behind only Dota 2 and CS:GO. A thriving professional scene rapidly took shape, Fortnite betting went through the roof, sponsorship deals materialized and major franchises started signing Fortnite players.

READ:  How to Save on Video Game Purchases Effectively

However, Epic then delivered a shock announcement. Plans for the 2020 World Cup were scrapped due to the pandemic, despite the likes of CS:GO, Rainbow Six Siege and League of Legends continuing to host big tournaments online.

Appealing to the Masses

The competitive esports scene suddenly looks like it could fizzle out as quickly as it shot to prominence last year. Earlier this month, Epic announced a competitive tournament schedule for July and August, but it was a pretty underwhelming reveal.

DreamHack provided more details, disclosing that it would give away $250,000 per month in Fortnite tournaments for the rest of the year. That brings the total to $1.75 million, which leaves Fortnite lagging well behind other esports in terms of prize money. It no longer looks like gamers can make fortunes by playing Fortnite, so the onus is on Epic to maintain its appeal among existing players by delivering seriously impressive updates.

It is fair to say that Fortnite has prevailed in its own battle with the likes of Apex Legends and PUBG, cementing its status as top dog in the battle royale genre. However, new rivals are assembling. Valhall, Fall Guys: Ultimate Knockout and Spellbreak are among the new battle royale titles for 2020, and a steady pipeline of releases will continue long into the future.

Fortnite has enjoyed a degree of loyalty due to its ongoing commitment to updates, but gamers are notoriously fickle and they could be tempted elsewhere if a more exciting game emerges. It also needs to keep flying the flag for the battle royale genre, as there are some huge upcoming games in 2020 and beyond. The Last of Us 2, Marvel’s Avengers, Cyberpunk 2077 and Ghosts of Tusshima all loom large on the horizon.

The industry will soon be embroiled in a console war, with the PS5 and Xbox Series X hitting shelves before the end of the year. Launch titles include Halo Infinite and Spider-Man: Miles Morales. It would be folly to think that Fortnite is only competing with rival battle royale titles, or free-to-play games.

It has a huge, broad player base, and that leaves it fighting on all fronts. The pie is growing – the video gaming industry has been tipped to grow from $159.3 billion in 2020 to $300 billion by 2025, according to NewZoo – but the Fortnite team will have to work hard to retain a sizeable slice of it.

Epic underlined its commitment to adding in new content when it unveiled Season 3 Splashdown last week. The new battle pass is packed full of exciting cosmetics, the map has had a drastic change and there are new abilities in this nautical theme.

It has proved to be a winning formula thus far. Players receive a rejuvenated game free of charge on a regular basis, and Epic makes a fortune by selling them cosmetics and passes.

Fortnite has evolved dramatically since it was released in 2017, but for the most part the transition has been a successful one. It also retains the madcap, feverish, cartoonish fun of the original iteration, while the building mechanic continues to add depth, creativity and skill to the game, making it a unique proposition.

A key challenge for Epic will be to retain the game’s current fans while continuing to appeal to new gamers. It has been criticized in the past for alienating players with new iterations of the game, while some updates and rule changes have proved catastrophic, such as the Infinity Blade.

Yet Epic appears to be getting better at listening to the community, taking feedback on board and striking the right balance between continuity and innovation. It continues to break records, and it plays a major role in the lives of hundreds of millions of teenagers and young adults.

It is really interesting to see the developers branching out into party royale and really building a community around the game. Fortnite has started to transcend the world of video games, becoming a social sensation, a virtual hangout space for a generation of people worried about climate change and the coronavirus pandemic. People are putting down their guns, donning funny costumes and hanging out at a virtual party.

It is essentially a masterclass in flexibility, underwritten by astonishingly bold marketing and decision making, and Fortnite will be very difficult to dethrone any time soon.

Top Features to Look for When Choosing an Online Fax Service