by KEN
in Tech

Across the United States, major league sports are embracing technology to revolutionize their play on the field and their chances at a trophy. However, these technologies vary greatly in function and purpose.

For instance, remote, wearable sensors are redefining the world of sports analysis. These tiny sensors can be worn by players or fixed to a piece of equipment. They provide real-time data that can be used for the analysis of players, activity, and other game-related data.

The PGA Tour and NHL have both begun to use remote sensors. For instance, remote trackers inside golf balls deliver data on how fast a golf ball is moving across the greens, while in the NHL, wearable sensors hidden inside shoulder pads reveal distance traveled, as well as speed, and location.

The future of ‘sports tech’ has even wandered into the realm of VR. Major franchises have begun to foot the bill for VR visors and programs that transform the practice into a virtual game and allow players to practice without exhausting supporting athletes.

NFL franchises, from the Dallas Cowboys to the San Francisco 49ers, have begun to adopt VR into the practice routine for certain players. In particular, quarterbacks benefit from facing virtual opponents that don’t tire or break the formation.

Other forms of sports tech are also altering the way major league sports are facilitated. New and exciting platforms are constantly emerging to make things like coaching or recovery health platforms standard, as well as elevating stadium experiences and fan engagement. 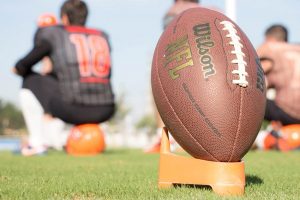 From wearable sensors to simulated reality, sports tech isn’t afraid of pushing into new frontiers. However, there’s one sports technology that’s about perfecting one of the least glamorous parts of becoming a winning franchise: practice footage.

In particular, the NFL relies on reviewing practice footage to locate areas that need improvement. This might mean tweaking a small variation of a standard play or even realizing that a player needs to hit the gym more often.

However, in the past, the job of filming was usually left to an intern or other low-ranking staff member. Tracking players across the field and getting the correct footage is both difficult and mind-numbing, but as filming practices became more standard, the methods for filming failed to evolve.

READ:  5 Reasons Why Cobots Have Transformed the Food Industry

Up until 2015, most NFL teams utilized scissor lifts to hoist a staff member up some twenty to fifty feet in the air so that the camera operator would have full mobility to see the field. However, certain regions of the US are prone to sudden gusts of wind (or even lightning storms), which can turn the job of filming practice into a survival situation.

The solution? A remote-controlled lift that features a cutting edge camera that’s able to track practice play around the field and provide high-definition solutions for coaches. 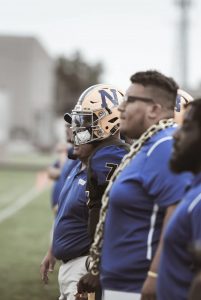 Though it likely sounds awkward to have a device as large as a boat trailer tracking players on the field with a telescoping mast, the results don’t lie.

The Kansas City Chiefs have been using mastRcam mobile devices to record practice for further analysis by coaching staff since 2017. After two years of utilizing mastRcam, the Chiefs not only won Super Bowl LIV for the 2019 season but handicapper Rucker Haringey on Oddschecker gives them a strong chance for Super Bowl LV win as well. All things considered, mastRcam technology is changing the way NFL teams play for good.

To date, 26 of the NFL’s 32 teams utilize mastRcam in order to make the most of their practice footage. The 55-foot tall ‘telescoping’ mast is controlled by an operator who sits at the base of the lift and is able to control the movement of the camera, like tilt and zoom controls.

While the safety of the camera operator is the primary motivation behind the technology found in mastRcam, the lift is also designed to protect the cameras themselves. While the NFL certainly isn’t working on a shoestring budget, and the league recently contracted mastRcam’s developer 8K Solutions to provide teams with mastRcams for practice purposes, franchises consistently comb through the finest details of their team and methodology to stand a chance at taking a title.

READ:  The Creator of Ethereum: Who is Vitalik Buterin?

The end result of this drive can cost a franchise an arm and a leg—especially considering how quickly new technologies are being developed and integrated into the league. It pays not to fall behind, but even a broken camera used to film practice can be detrimental to a team.

In the past, something like forceful winds could mean that a team practices inside on turf—not because the wind would obstruct the players, but because it would make a camera operator’s job nearly impossible, if not outright dangerous.

Small changes like these don’t seem like much, but it should be noted that major franchises will take painstaking steps to maintain a degree of consistency of conditions so that players can prepare themselves for gameday situations. This is where VR technologies are also beneficial.

While wearable sensors would also seem to address major concerns as mastRcam, they tend to provide hard data that then has to be crunched by sports analysts.

Additionally, wearable technology reports massive amounts of data points that experts can sift through and analyze, but which hasn’t been integrated into the sports system yet. For example, an analyst may have ample data that defines how quickly each player can run a ten-yard sprint, but the implications of these data points aren’t yet clear.

In other words, how can a coach translate this data into a meaningful exercise at practice? How does a coach address the disparity between that ten-yard sprint?  While wearable technology seems to be the future of sports tech, mastRcam likely has staying power given its simplicity.

The mastRcam has an immediate purpose that it delivers on: filming practice. Not only does it fulfill a necessary need seamlessly, but the technology also manages to be familiar to professionals who are likely new to, perhaps even wary of, recent tech booms. After all, the average age of head NFL coaches currently sits at 49 years old.