Is it Legal to Use a VPN with Your Netflix Account? 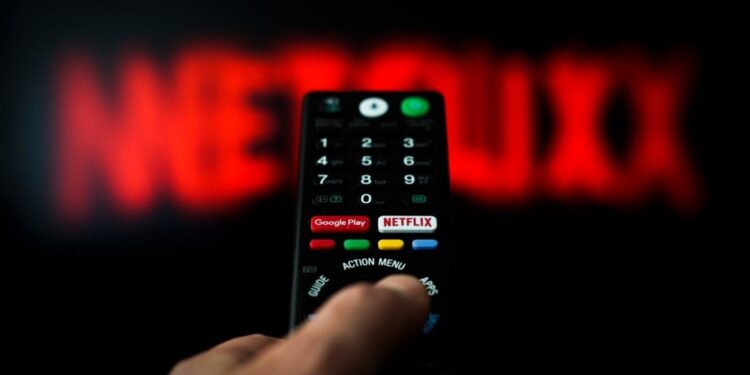 When did you last make a trip to the cinema for watching a movie alone or with a partner? How about binging a TV show/movie on Netflix? Even if you aren’t much of an entertainment-geek, you’ve probably opted for the latter most of the time. Well, that’s just how Netflix rules the industry!

The streaming platform enjoys a 10% increase in its subscribers every year. As of 2020, they now have 65 million subscribers in the U.S. alone, along with 167 million worldwide; breaking the long-standing record of Disney, Sony, Universal, and Warner Bros in terms of Academy Award nominations.

This is a clear display of how Netflix dominates the VoD marketplace with its impact being felt in numerous industries. Thanks to the streaming service, even low-rated or unknown actors can get fame overnight, thanks to millions binge-watching shows, after their release!

However, since not everyone has access to Netflix and its complete library, viewers in other countries use a VPN with their Netflix account. This makes many wonder, “are VPNs legal in Canada and other countries?” To learn more about this, continue reading…

Can Your Netflix Account Be Blocked for Using a VPN?

Virtual Private Networks, abbreviated as VPNs, are typically privacy tools. As such, users leave them on all the time when browsing the internet and Netflix understands it. This is why, legally there are no implications of using a VPN for unblocking Netflix.

Bear in mind that region-hopping on Netflix has no relation to “copyright infringement”, but it is still discouraged. This is why upon detecting a VPN service, Netflix will immediately cut access to your streams. You can gain more information about this by checking out their “Terms of Use”.

According to the Netflix ToS (4.3), “You may view Netflix content primarily within the country in which you have established your account and only in geographic locations where we offer our service and have licensed such content. The content that may be available to watch will vary by geographic location and will change from time to time.”

In their ToS (4.6), Netflix also states that it may terminate or restrict use of their service, if anybody is found violating their agreements. However, even so, Netflix has not banned or blocked any account for using a VPN service, which means you are in the safe zone!

What Happens When Netflix Detects a VPN?

Upon identifying a VPN connection, the VoD service will display an error message, “You seem to be using an unblocker or proxy. Please turn off any of these services and try again”. This means, you will not be able to access Netflix and its content, until and unless you disconnect the VPN service.

Therefore, if you are just using a VPN to bypass geo-restrictions and unblock the American version of Netflix, your account will not be blocked. You will only be restricted from playing any movie/TV show, until you disable the unblocker/proxy service.

Why Does Netflix Discourage the Use of VPNs?

Netflix does not own all of the content available on its platform. You see, the VoD partners with different production houses and distributors for making available movies/TV shows on their streaming service. Therefore, they sign licensing agreements, which include geographical limitations.

Netflix Originals can be easily streamed worldwide, without any hindrances or restrictions. However, if you want to watch licensed content, you will have to use a VPN service. When people indulge in region-hopping, distributors partnered with Netflix start losing money.

In light of these issues, the VoD service creates different versions of their platform, based on region. This is because licensed content from third party creators are their intellectual property. Therefore, if the VoD displays the complete content library, they will have to face legal hassles.

Since Netflix was one of the first services to expand globally in 2011, region-hopping became increasingly common. This set the stage for an aggressive fight against any kind of unblockers, whether that be VPNs, proxies, or DNS services, as Netflix started gaining heat from their partners.

To combat region-hoppers, Netflix created what is possible one of the best VPN detection systems, which includes a blacklist of IP addresses belonging to VPNs, along with other advanced techniques like DNS/IP filtering, DNS poisoning, DNS hijacking, and Blackholing of VPN servers.

However, even so many VPNs have the capability of bypassing these technologies to circumvent the VPN ban. They do this by deploying “Obfuscation” on their VPN servers, which transform VPN traffic into regular HTTPs traffic. As such, Netflix is unable to detect them.

To be as clear as possible, if you use a VPN with your Netflix account, you will not face any legal hassles. You will only be blocked from accessing their content and will receive an error. Therefore, you don’t have to be stressed about your Netflix account being banned. Just make sure you’re using a reliable VPN!

Here’s How to Help Your Child with Their Homework, and How Not To