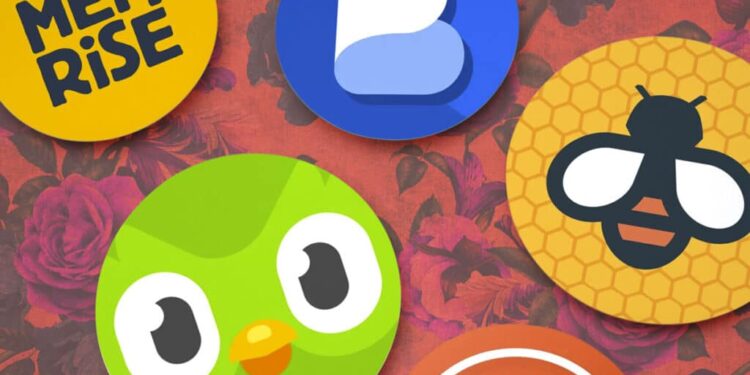 The following is a list of the best language learning apps on iOS. 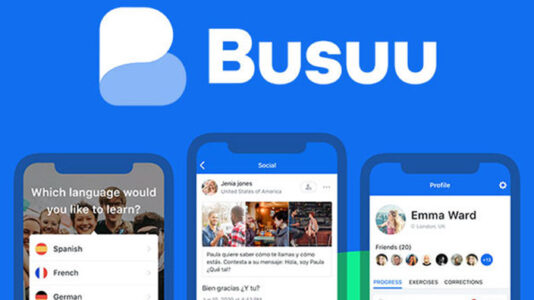 Lets talk about the popular and best Language Learning Apps in 2022. Want to know the best free app for learning a language? Therefore, Busuu is an incredible tool for learning the language for free. Busuu can be downloaded via the App Store or Google Play. Its characteristics are described below:

Lessons on Busuu are concise so that they may be covered rapidly.

This app gives exercises at the appropriate level, awards certificates to users who pass each level, and ensures that pronunciation and grammar are readily accessible to all students.

It allows individuals to study the language at their own pace so that it can be efficiently learned. 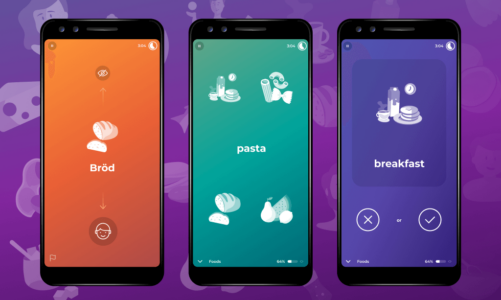 If we talk about the top-rated and best Language Learning Apps, Drops is an excellent software for beginning language study. The following are its features:

This program allows users to study languages such as Korean, Japanese, English, Greek, Italian, Hungarian, Bosnian, Dutch, Danish, Indonesian, and Hindi, among others.

In addition, Drops contains over 20,000 gorgeous pictures and over 3,300 sentences covering over 180 subjects.

It offers an intuitive UI that makes learning enjoyable and efficient.

In addition, it offers an annual package of 5,906 Rupees each year and a 14-day money-back guarantee. Babble provides language lessons for all students. It is another excellent iPhone language-learning app. The following are some of Babble’s features:

First, you may learn everything that requires real-world discussions with this software.

Moreover, the language lessons on this app are designed by professional language instructors to accommodate all levels of students.

The Renkara Media Group Essentials Apps have an intuitive UI and facilitate offline use.

These apps contain a variety of learning methods, including audio quizzes, flashcards, spaced repetition, and more.

In addition, these apps provide a mode that allows you to study without touching your smartphone.

In addition, these Renkara Media Groups Essentials Apps allow you to create your own study sets, allowing you to study at your own pace. Duolingo is one of the best language learning apps for iOS. This software is a great way to learn any language. Increase the productivity of your breaks by learning a language for free on Duolingo. This app is available for download from the App Store and Google Play. The following are some of Duolingo’s features:

In addition, the language classes are customized to assist individuals in learning at the appropriate level and speed.

It is available to everyone.

In addition to the free version, Super Duolingo and Super Family Duolingo are also available. 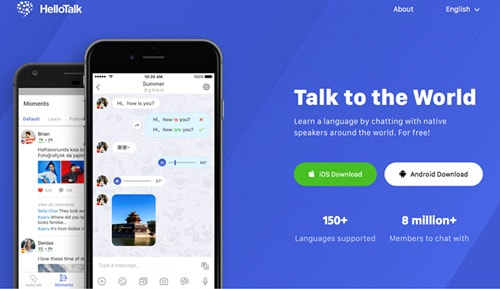 This app links users with native speakers for free conversation.

Additionally, HelloTalk offers live broadcasts by professional teachers and content creators so users can practice the language they choose to learn.

It permits students to communicate with language partners via voice calls, voice messages, text, and even video conversations.

Millions of people use HelloTalk to practice more than 150 languages.

In addition, it provides translation, pronunciation, transliteration, and correction assistance.

If we talk about the free language learning apps for iPhone, Memrise assists people in learning a language so that they can speak like natives. This program allows you to learn Chinese, Danish, Dutch, French, German, Italian, Japanese, Korean, Mongolian, Polish, Russian, and more languages. It has remarkable features such as:

In addition, Memrise provides a variety of video samples of real-world language usage.

It is one of the best language learning apps iOS.

In addition, practical phrases created by native speakers are taught during the language classes.

In addition, Memrise provides an immersive learning experience that makes you feel as though you are there conversing with the people.

It makes learning any language extremely enjoyable and efficient. It is among the free best Language Learning Apps. Beelinguapp makes the study of any language simple and enjoyable. This software may be downloaded from the App Store or Google Play to study English, Spanish, French, Italian, German, Portuguese, Chinese, and Korean, among other languages. In addition, Beelinguapp includes amazing features such as:

With flashcards, comprehension quizzes, and other tools, this app allows users to test their knowledge and track their progress.

Beelinguapp has developed novel learning strategies, such as allowing users to learn by reading their favorite stories. The stories are written such that the reader may comprehend the sentence.

Additionally, it helps users improve their reading comprehension and expand their vocabulary.

It is one of the best language learning apps iOS. 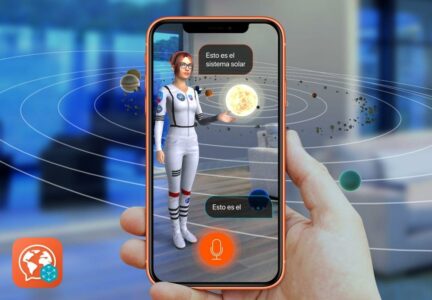 Its language classes are designed by language professionals and are simple, entertaining, and effective.

This app provides bite-sized courses based on real-world scenarios created by linguists of the highest caliber.

In addition, with Mondly, you may practice real-world conversations, listen to authentic conversations between native speakers, and learn languages with dynamic visuals, entertaining lectures, and motivating prizes.

Quizlet is another free software for language learning. It provides features including:

Additionally, this apps interface is intuitive.

In addition to English, French, Spanish, and German, you can learn additional languages using this program.

This app enables practicing anywhere and at any time.

In addition, you may earn Lingos by assisting other users with their practice and swapping them for gifts and other special features.

This app is trustworthy and user-friendly.

In addition, Lingbe allows you to communicate with native speakers via audio calls. After each session, your partner will provide feedback to help you improve your language skills.

Are you still seeking the best free language learning apps 2022? Lingvist is another free software for learning new languages. It is a smarter and quicker method for learning your favorite language. Lingvist is available for download from the App Store and Google Play. Below are the characteristics of the Lingvist app:

It can be used to learn French, Spanish, Dutch, Russian, Italian, German, and Portuguese.

In addition, because of its modern technology and scientific methodology, individuals can learn up to ten times faster.

Acquiring real-world vocabulary is vital so that you may speak with assurance.

In addition, you can monitor your progress to determine how many new terms you have learned.

LingQ is the best app you can use; its functions will be explained below. It can be downloaded via the App Store or Google Play.

It provides users with a quick, efficient, and enjoyable method for learning the language of their choice.

In addition, it is the best free language learning app iOS.

Moreover, with this app, you may dramatically improve your vocabulary and fluency in the language you’ve chosen to study.

In addition, LingQ allows you to look up and save new terms to your database and monitor your progress.

It is one of the best free language learning apps reddit. Speaky enables you to practice a language with individuals from all over the world. This app is compatible with both iOS and Android. Its attributes include:

On Speaky, you may connect with individuals from over 180 nations and 110+ language backgrounds.

In addition, this app allows you to study anywhere and at any time and send audio messages directly from your browser.

Awabe facilitates learning a second language in an intuitive, immersive, and successful manner. IOS and Android systems are supported. The following are some of Awabe’s characteristics:

In addition, this app offers video and audio content, 4000+ frequently used phrases and vocabularies, and an intuitive design.

We hope you liked reading our article about best language learning apps iOS, the best app to learn a language for free, and other related topics. If you enjoy reading such knowledge, you can frequent our website as we continually add new, intelligent content. We also regularly update our website. If you have any recommendations or queries, remark below.