Mobile Gaming – What Will The Future Bring For Mobile Games? 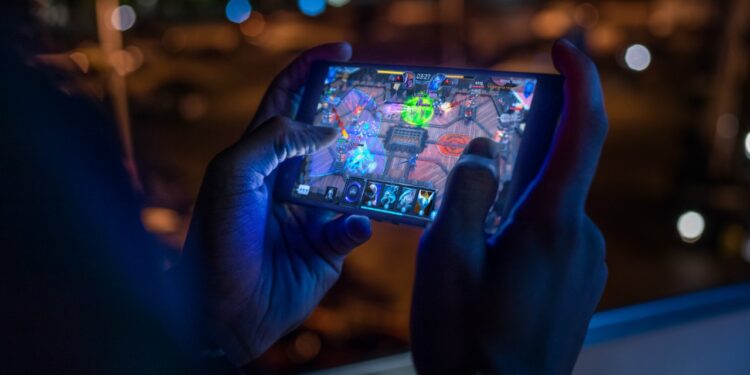 By this time next year, mobile gaming is expected to surpass television in terms of popularity. That seems like a lofty statement at this moment, but the stats don’t lie. The world’s biggest pastime is losing out to the little device we all have in our pockets. It seems like only a matter of time before most of the media we consume is accessed through a phone screen.

To be fair, though, the writing has been on the wall for quite some time now. And it’s only going to change even more. Predicting the future has become the bread-and-butter of tech companies, so it’s worth taking the time to consider what we might expect a few years down the line.

At the time of the writing of this article, there are more than 600,000 different games on the Google App Store. Now, the first thing that comes to your mind is that this fact doesn’t mean much to the final user. Games vary greatly in terms of what they set out to achieve and the kind of audience they try to attract. Someone interested in something like Candy Crush may not be down for online video slots, for example.

But this is exactly our point. Today’s globalized market ensures that, if your idea is solid and your execution of decent quality, you can almost guarantee clients. What would have been considered an unsustainable idea for a niche audience in the past is an excellent opportunity these days. This has opened the doors to all sorts of specialized content, catering to an ever-more-demanding global marketplace.

From the consumers’ perspective, though, more choices can be a double-edged sword. Faced with all of the options at hand, some people tend to veer towards indecisiveness. If you don’t believe us, just consider how user reviews are affecting the world of marketing. It’s very rare these days that a person will pick a product without prior research. This brings new games to a precarious position of having to balance targeted, specialized design with mass appeal that the end-user will enjoy immediately. Getting to the right user is ultimately a big part of this, for better or worse.

READ:  Top 5 Cartoons That Made it to The Gaming World

To sum up, while variety is often a boon, games of the future will still need to know who they’re trying to attract. A clear vision of the end-goals is pretty much a must, and all the aspects of a mobile game need to steer the product towards a unifying vision.

Some apps, on the other hand, take the “never knew you needed them before” approach. This also reflects on gaming – pitching completely original ideas in gaming was a nightmare in the past. Most developers preferred to stick to tried-and-true formulas. From their perspective, this would dampen some of the risks of launching a new product.

Nowadays, though, innovation is right at the forefront of game development. Stiff competition ensures that you have to be able to beat the biggest brands if you want to take the safe route, which is often downright impossible. That said, churning out new apps to fit the market’s needs has become a dizzying race.

Take the COVID-19 App as an example. Now, this may not be a game, but it illustrates our point perfectly. The market changed noticeably and rapidly – a global pandemic was breaking out. This app seized the new demands on the market, and 12 million downloads followed suit. To understand why we used this as an example, you need to understand that this app was quite unique at the time of its making. There was no need for anything like a virus-tracking app just months before.

So there it is – innovating in the overcrowded scene of mobile game development can seem impossible. Under the right circumstances, though, bringing in original themes or mechanics can make quite the splash. These sorts of ideas will only grow further in the future.

Speaking of global pandemics, the lockdown has also brought out another feature of mobile gaming – social interactivity. Fostering interaction has become the new “big thing” of this industry. Often, the idea is to simulate the authenticity of inter-personal communication. This can foster engagement like no other game feature.

Take live casino games as an example. The simple premise of placing a dealer in front of a camera and having them present games seems like a poor replacement for the “real thing”. However, nothing can be further from the truth. In fact, it just offers the added benefits of staying at home instead of going to an actual casino.

Casino game developers and providers were sceptical initially, but the best live casinos have gone on to overtake a good chunk of the online gambling industry. It seems that the experience of sitting down for a game of blackjack is much improved with a person sitting on the other end.

Though it may seem like the basic principles of game development and marketing have been taken to their logical extremes, experts think that we’re still merely in a transitionary period. The trends we see today are not even in full swing yet.

Just think about how much mobile gaming has changed in the past ten years – it could be argued that it didn’t really even exist just a decade ago. Well, we can expect the same sorts of changes ten years in the future – and the ten after that.

Cryptocurrencies vs. Currencies: What You Need to Know