Nearshoring as a Solution for German and Swiss Technology Companies

by SOUL
in Business 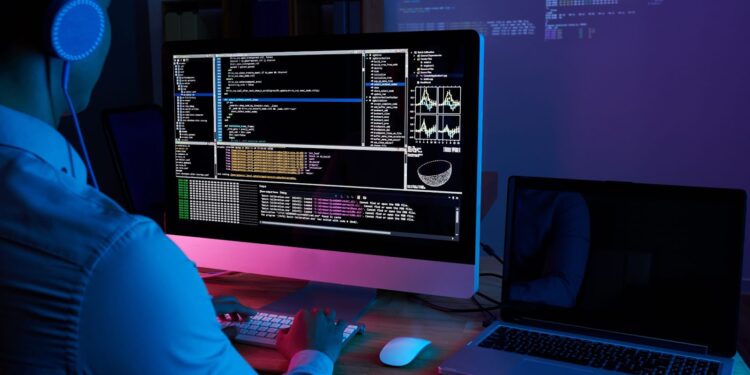 The IT outsourcing market is growing in power, and, what follows, is the increase in revenue. It’s projected that the global revenue will reach $397.6 billion by 2025, compared to $333.7 billion in 2019. With the technology gap constantly increasing in Western countries, they often choose to augment their software development capabilities with outsourced specialists. One particular type of outsourcing, called nearshoring, is quickly becoming the go-to way for them. This trend is growing rapidly, particularly in DACH countries, as well as the UK.

Nearshoring is the practice of hiring staff within nearby countries. Instead of hiring professionals in-house, resorting to far-away farshore countries like India or dealing with onshore specialists, wealthy countries choose the cheaper alternatives without compromising quality.

Hiring additional in-house staff is connected with a lot of paperwork. It’s not really a viable way of equipping your team with a workforce for a single project. The costs associated with that are far larger compared with outsourcing.

At the same time, farshore countries are known for their low rates. While they’re even lower than those of nearshore states, the quality is often impaired. Additionally, farshore countries are in a different time zone, which has an impact on communication, not to mention possible language issues and misunderstandings due to unalike work culture. Of course, farshoring is a viable solution for companies wanting to save up on salaries.

Conversely, onshore workers are great in terms of quality, but you suffer due to extreme expenses. The salaries are way more significant in developed countries, and so these specialists charge much more.

Now, nearshoring is the best of these three possibilities. It possesses the qualities of onshore professionals without any issues of farshoring. For this reason, countries such as Poland, Romania, and Ukraine have become a popular destination for nearshore services.

A great way of assessing a potential deal is a tool for comparing and selecting an IT nearshoring partner.

What are the benefits of nearshoring for Germans and Swiss?

Nearshore countries are culturally close to DACH. Seeing that these states often share their borders, the cultures of them exchange with one another. There are a lot of businesses from DACH in Poland, and vice versa — there are a lot of Poles who emigrated there looking for work.

This fosters communication since both parties operate under similar thought processes. It’s easy to understand each other. It also applies to work culture. Software developers from the most popular nearshoring countries are known for their professionalism, sticking to the deadline, and agile methodology. A partnership is far more likely to last, compared to farshore countries.

READ:  How 3D Product Rendering Will Help Grow Your Business

Nearly all of the countries listed before lie within the same time zone. Office hours are most often the same, which makes for an excellent environment for collaboration. Communication with developers from different time zones is usually problematic, as the gap can be as much as 10 hours. For example, the discrepancy between India and Western Europe is 7 hours 30 minutes.

While working with a nearshoring partner online is efficient as well, in-person meetings are easier due to geographical closeness. Of course, this is currently impaired since the pandemic is still at large, but as soon as everything gets back on track, such meetings will be possible again. Under normal circumstances, a flight from Berlin to Warsaw takes just over one hour. Getting to know each other personally is a great way of bonding with the partner and exchanging thoughts.

Poland, for example, is well-known for its citizens’ English language skills. Since software development is primarily done in English, this improves the statistics among IT specialists even more so. As such, the requirements given by the ordering company are most usually interpreted in the right way. This, in turn, leads to fewer problems with the project. Instead of making adjustments in the future, the contractor can complete the task in accordance with the needs.

Polish, as well as Ukrainian developers, are among the best in the world. Plenty of contests have only proved that, listing specialists from these countries on the podium. According to HackerRank, Poland is the top three worldwide in terms of programming skills. It’s common in the circles of Polish developers to have graduated from the top universities in the state. Currently, there are over 250,000 programmers working in Poland, which comprises 25% of the overall Central and Eastern European IT specialist population.

While the rates are not on par with those of India or China, they’re still on the low end of things. As an example, the salaries of Swiss developers are 4.5 times higher than those of the Polish. In Germany, they’re almost 2.5 times as much. Still, as you can see from the previous point, the quality is not impaired in any way, shape, or form. Instead, you get a cost-effective solution that results in the best return on investment.

Seeing that software houses in the previously mentioned countries largely base their operations on agile methodology, their flexibility in terms of changing up the project is pretty much limitless. On top of that, the biggest providers have hundreds of high-level employees, which makes for excellent conditions for scaling up the product.

Being appropriately informed about the state of your product is vital for maintaining peace of mind. At times, farshore developers keep their clients ill-informed due to communication troubles. Even though they mostly do that unknowingly, some farshore providers choose to keep the customer in the dark about the progress.

Since countries such as Romania and Poland are members of the European Union just like the Western parts of the old continent, legislation facilitates international cooperation. Not only does it improve the affairs between DACH countries with Central and Eastern Europeans, but it also provides great ground for working to each party’s mutual benefits.

Due to the fact that companies are looking beyond your country, there’s immediately an increase in possible talent for hire. Instead of seeking help within the borders of DACH, businesses open up for new possibilities, which leads to a much better choice in diverse professionals.

Germany is experiencing a technological gap compared to other countries. To counteract that, technology companies have resorted to utilising outsourcing services all over the world. In 2019, German companies were the most prevalent in terms of using IT outsourcing in Europe. Many enterprises choose to invest in Polish specialists. There have been multiple instances of hiring hundreds of Poles by German giants such as TUV, Knauf, and the Bertelsmann Group. Just like for them, Poland may well be the best choice for you.

On the other hand, Switzerland does not suffer from a technological gap. On the contrary, cities like Zug and Zurich are home to some of the most innovative startups in the world. Still, the rates Swiss specialists charge are, as I mentioned before, 4.5 times as large as in Poland. A study conducted in 2020 found that 57.9% of software companies use outsourcing. That’s a large increase compared to 2018’s 31.5%. Onshoring, as of 2020, is still the most popular for Swiss companies. Still, nearshoring has seen a considerable surge from 15.4% to 35.1%. Additionally, nearshoring internal services has a rate of 58.1%.

While these two countries resort to outsourcing for different reasons, there’s no doubt that it’s growing more and more prevalent. These factors, in pair with the benefits of nearshoring, are a telltale sign that both of these countries will see a further increase in hiring foreign IT workers. Of course, the pandemic brought additional barriers, but the IT outsourcing industry is still flourishing, and even such troubling, unprecedented events aren’t stopping that.

How To Run A Smooth Business