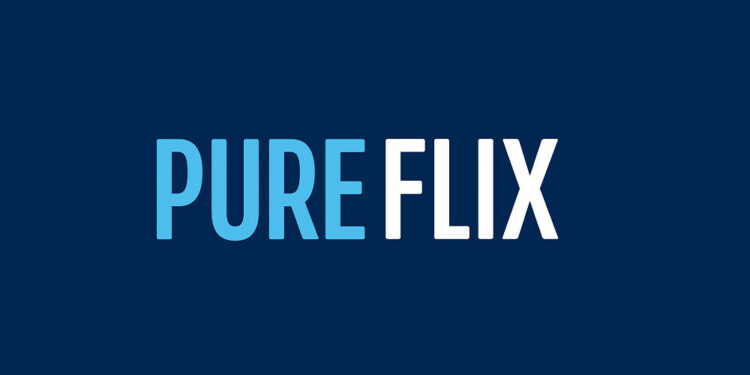 The Pure Flix is an online streaming platform that focuses on faith and family movies and originals, and TV shows. Its blend of entertainment is great for those who wish to watch clean people with positive thoughts. Smart TVs, mobile phones, web browsers, and gaming consoles are just a few of the devices you may use to access its services. The platform also features podcasts, Christian resources, and a homeschool curriculum in addition to movies and Pure Flix originals. Its documentaries and TV shows cover a variety of topics. Kids’ movies, educational movies, Christian comedy, and Christmas movies are all available. You must first create an account and select a plan before you can begin streaming.

Before you sign up for Pure Flix, you should be aware of the following:

How Much Does Pure Flix Cost?

The monthly subscription is $7.99. There is no long-term commitment, and you may cancel it at any time. Alternatively, you can sign $69.99 per year or $5.84 per month for the yearly plan. Again, you will get access to all of the platform’s content without making any long-term obligations.

Also, You will receive unique partnership deals and promotions. You will, however, receive a 7-day free trial regardless of the Pure Flix subscription package you pick. In addition, you can cancel your trial before it expires to avoid being charged on your credit card.

Where Is Pure Flix Available?

In certain places, Pure Flix is not available. It is prohibited from streaming videos outside the United States and Canada due to licensing agreements. However, depending on your geographic region and the license agreement with the nation from which you are accessing the service, most of its content is available to watch.

You’ll need a VPN if you want to stream outside of the United States and Canada. However, remember that Pure Flix employs modern technology to confirm your geographic location. The goal is to guarantee that it follows through on its license arrangements.

Is It Possible To Download Movies From Pure Flix For Offline Viewing?

Despite having a Netflix-like interface, Pure Flix movies cannot be downloaded for offline viewing. To stream content online, you’ll need a reliable internet connection. Furthermore, the platform does not provide DVD delivery or the ability to purchase its collections. That’s because it’s a video-on-demand service that you can only use after signing up for one of its access plans. However, DVDs for home use can be purchased at designated distribution stations.

Which Devices Are Compatible?

Users may watch Pure Flix’s content at their leisure. You may stream all of the movies, TV shows, originals, documentaries, and educational content for kids on various devices. These are some of them:

You may also watch your favorite shows on a Mac or Windows computer. You may use the built-in browser or download a decent browser such as Safari, Internet Explorer 11, Microsoft Edge, Firefox, or Chrome. To avoid issues, make sure your browser is up to date. Next, download the Pure Flix app to access content on your mobile device. It may be downloaded through the App Store or Google Play. Pure Flix is also available on TV via the Roku Channel Store, where you may watch the channel’s app.

How Many Devices Can You View At The Same Time?

Pure Flix may be seen on up to five devices with a single subscription. However, due to contractual restrictions, you may only stream content-specific titles on three devices simultaneously. On the other hand, most movies and TV shows may be watched on up to five devices at once. As a result, you’ll be prompted to create five accounts to share with your family when you initially sign up.

READ:  PostImage - Is It A Good Image Hosting Service?

The most frequently asked questions regarding Pure Flix are answered here.

Is Netflix The Owner Of Pure Flix?

Netflix does not own Pure Flix. On the other hand, Netflix was the source of inspiration for Pure Flix’s developers. As a result, it is an inspiring alternative to Netflix and network TV for many people. Its interface is identical to Netflix’s, and it boasts a large collection of original content.

Is Pure Flix Superior To Netflix?

It’s probably not a good idea to say that Pure Flix is superior to Netflix. It is, however, a fantastic family-friendly streaming service that is also an ultra-clean Netflix competitor. Pure Flix, like Netflix, provides a large selection of content that you can access through several categories. On the other hand, Pure Flix stands out from Netflix since it is a Christian-focused streaming service.

Is It Possible To Get Pure Flix For Free?

Pure Flix is a subscription-based service. Therefore, you will need to pay a monthly subscription fee to access its content. However, as a new member, you may sign up for a seven-day free trial that provides you unrestricted access to thousands of titles. You must submit your payment information before receiving the free trial. One benefit is that you can cancel your subscription at any time before the trial period finishes to avoid being charged.

Is Pure Flix Available For Free With Amazon Prime?

Amazon Prime does not include Pure Flix. The platform is a video-on-demand platform that creates, distributes, and advertises its content. Original movies, series, and educational shows are available. When you utilize Pure Flix, you receive Amazon Prime-style video streaming.

Pure Flix is an online streaming platform that specializes in family-friendly content. Christian-themed movies, TV shows, and originals are available to stream. You’ll need to subscribe to watch videos as this is a premium service. If you pick a monthly plan, it will cost you $7.99 a month, or $69.99 (which converts to $5.84 per month) if you choose an annual plan. Mobile phones, Smart TVs, video players, web browsers, and gaming consoles all have access to the service.

7 Ways to Safeguard Your Business from Payment Fraud