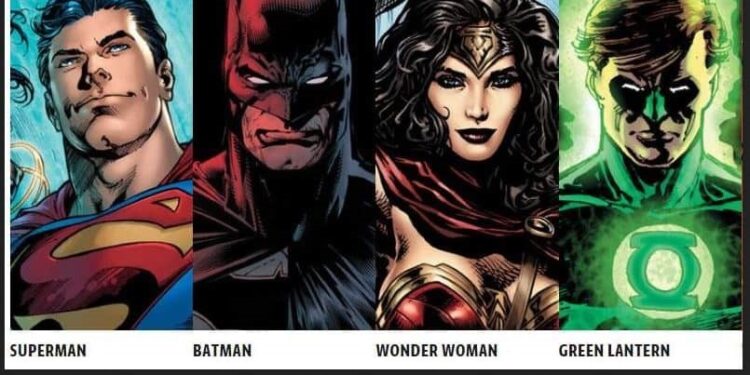 This article will provide comic book fans with a list of the best websites to Read Comics Online for free.

Comic books are a great source of entertainment for people of all ages. Some comic books, such as Watchmen and The Killing Joke, are regarded as some of the greatest literary works. Therefore, when studios recently adapted comic book stories into movies, they were huge box office successes. The best example of this is the Marvel Cinematic Universe Movies. Because they are based on fantastic comic books, these movies have grossed billions of dollars.

While the movies are fantastic, comic books contain so much content that covering it all in movies and TV shows is impossible. Furthermore, the movies cannot cover the entire scope of the comics on which they are based. As a result, many people still prefer to read directly from the comics to understand the history of comic book stories fully.

Around the world, there are various types of comic book companies. Marvel and DC are two of the most well-known, but there are numerous other outstanding companies. And nearly all of them demand exorbitant prices for their comic books. Furthermore, older editions of some comics are difficult to find in physical form. So even if someone can track down the older versions, they will have to pay a hefty sum for these comics.

Fortunately, if you want to read comics for free, many websites cater to this need. In addition, some fantastic websites feature a collection of the best comics from around the world.

The Internet Archive isn’t just about comic books. It is a non-profit organization dedicated to providing free access to a wide range of books, audio, video, software, and other resources. It has a collection of 11 million items that are available to users for free. The library also has some fantastic comics that users can find and read for free. 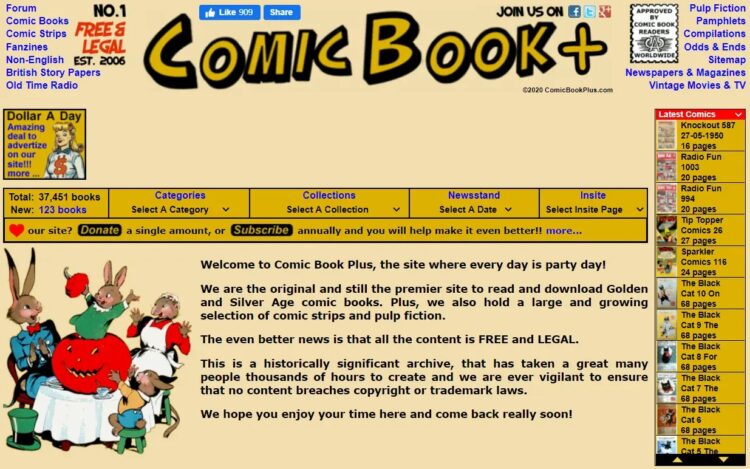 Comic Book Plus also has a large selection of mostly free comic books. In addition, it has an extensive library of comics from various genres, making it one of the best websites to read comics online for free. Genres include pulp fiction, non-English comics, magazines, and booklets. 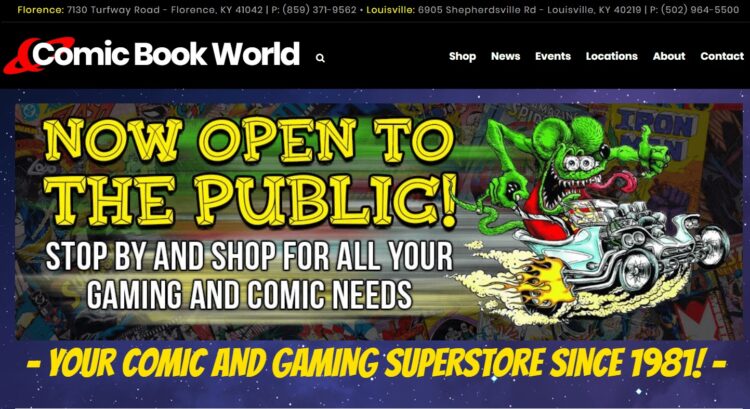 Users can read the most expensive comics for free on ComicBook. They have an excellent selection of reading materials and do not charge any fees. The only disadvantage of this website is that it has a smaller collection than the other websites. However, it is still one of the best websites for free comic book reading online.

Marvel and DC comics are not available at DriveThru Comics. Instead, it features comics, graphic novels, and Manga by artists and genres other than those mentioned. It is the best place to start if you’re interested in reading comic books. They can get their hands on the first few issues of a variety of comic books for free. They must, however, pay a fee to continue reading. In any case, it’s a good place to start for comic-book fans.

As the name suggests, don’t expect to read anything other than Marvel Comics on this website. Unfortunately, it isn’t one of the best free options because most of the services on this website are paid. However, there are a few great Marvel comics that are still available for free reading.

The website of ElfQuest currently hosts over 20 million comics and graphic novels. It is one of the oldest websites that are still in use. The majority of the comics, on the other hand, are premium and require payment to read. Regardless, ElfQuest still has a collection of 7000 vintage stories that can be read free comics online.

Amazon Best Sellers isn’t just for fans of comic books. The website covers all of the most popular types of literature on the Kindle store. In addition, it enables users to pay for literature and have it delivered to their Kindle devices. Comic book fans, on the other hand, can still find free best-selling comic books in the website’s “Top-Free” section.

It is the only website that offers free access to all of its comic content to its users. Anyone who registers on the website will download any comic from the Digital Comic Museum’s library for free. The only drawback is that they mainly stock comic books from the Golden Age of comic books.

GetComics isn’t trying to be anything out of the ordinary. It has a simple layout, and the website’s owners don’t keep it up to date with new comics. It is, however, an excellent website for reading free old Marvel and DC comics. The only disadvantage is that each comic must be downloaded because there is no option to read them online. The user interface of ViewComic is not the best. As a result, visitors to this website may dislike the visuals. It does, however, contain a large number of excellent comics from major publishers such as Marvel Comics, DC Comics, Vertigo, and others. It is, without a doubt, a perfect way to read the world’s most popular comics. 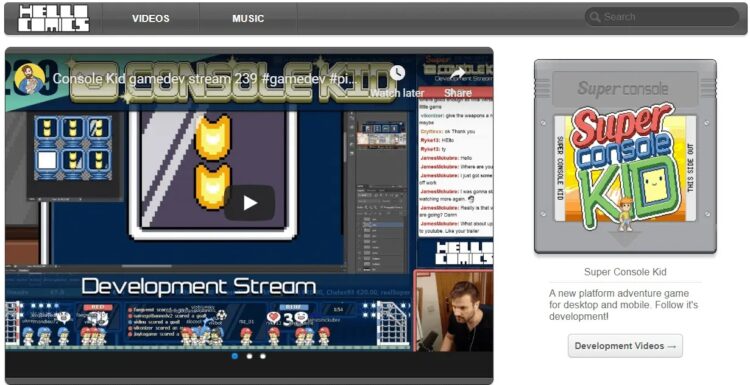 Hello Comics is not distinguishable from the other options on this list. It does, however, have a substantial collection of blog posts about some of the world’s best comics. In addition, the owners of the website frequently update the site with the most recent comics. It is a great place to go if you don’t want to pay to read comics for free online. 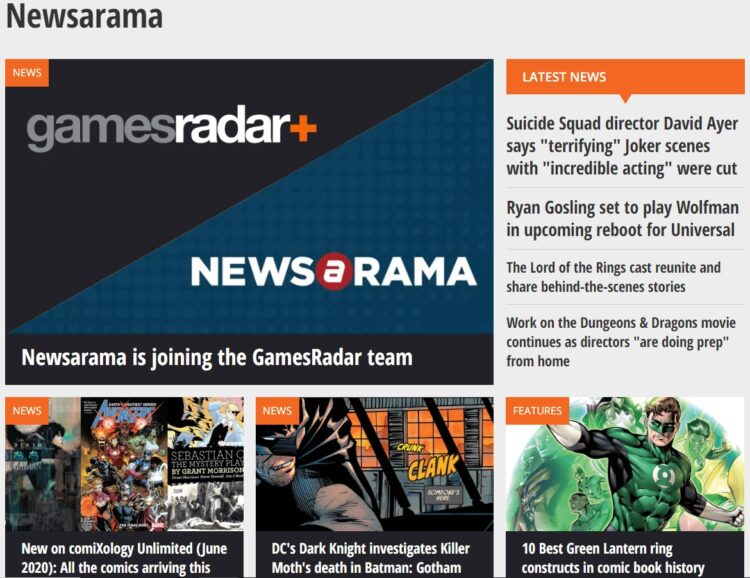 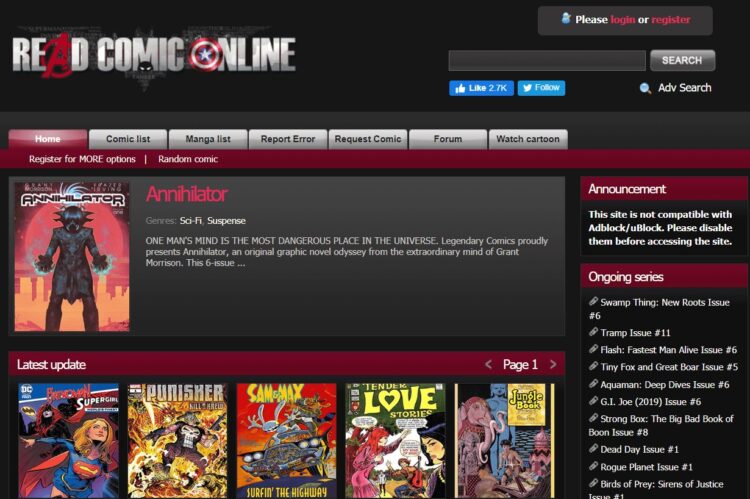 It is arguably the best website for reading free comic books online. The website is visually appealing and has an excellent user interface. Furthermore, some comics, such as the Star Wars comics, are not freely available on any other website. Users can easily find whichever comic they want to read, thanks to the website’s high convenience. 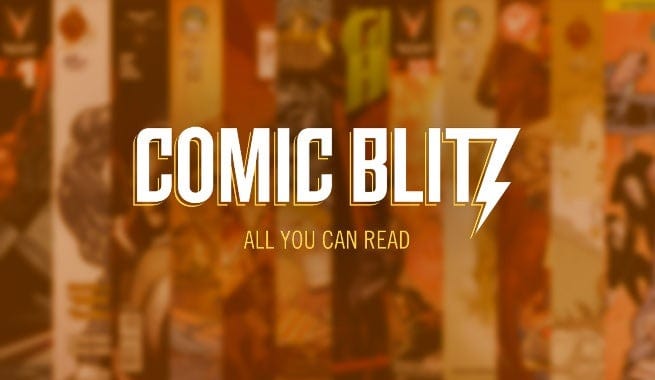 If you want to read popular mainstream comics like DC and Marvel, the Comic Blitz is not the place to go. Instead, this website serves as a platform for lesser-known comic book publishers like Dynamite and Valiant. As a result, it is one of the best websites for discovering lesser-known but incredible comics. 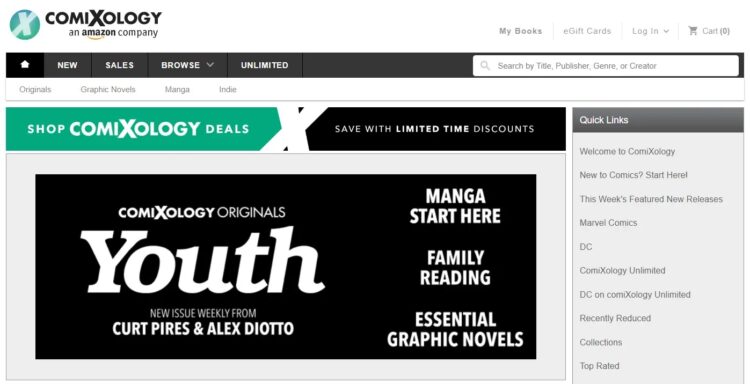 Comixology has 75 independent contributors who work tirelessly to bring readers the most up-to-date information on comics from around the world. Their blogs constantly update readers on new comics, but they also have a fantastic collection of classic novels. In addition, the website sells Marvel, DC, Dark Horse, and many Manga comics and graphic novels. The majority of the comics are free, but users can access over 10,000 different reading materials for $5.99 per month.

The name, like Marvel Unlimited, should deter any viewers looking for comics that aren’t from DC. However, unlike Marvel Unlimited, DC Kids does not include all DC’s comics, even if you pay for them. This website only displays kid-friendly comics, the vast majority of which are paid for. There are, however, a few free great comics available for children to enjoy.

People can get free comic book content from some fantastic websites. On the other hand, the list above includes the best websites to Read Comics Online for Free. Even if a person has never read a comic book before, they can become addicted by visiting any of these websites. The admirable part about these websites is that they will not charge a high price for people to fall in love with comic books.