How Can You Remove DRM from Apple Music Songs? 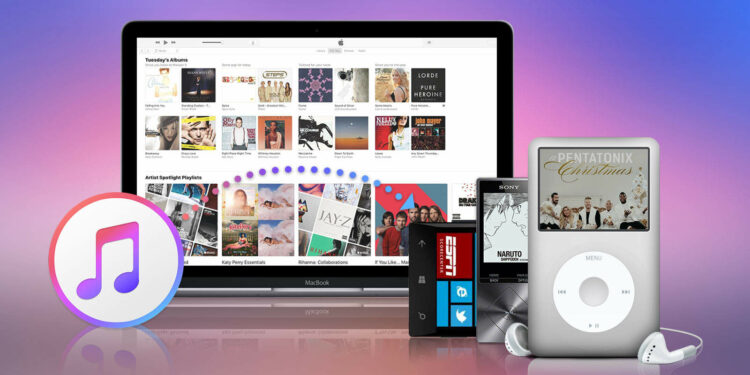 Today, we rely much on online music streaming because while enjoying the music we like, we can greatly release our stress magically. Apple Music is one of the largest and most popular online music streaming services provided for people to enjoy high-quality music. But because of the DRM protection, Apple Music songs can only listen to inside the Apple Music app. Even you have subscribed to an Apple Music membership, you can only download the songs for enjoying with the app, which means that they can’t be converted for playing back using other devices or media players. SpotiKeep Apple Music Converter can bring convenient service to remove DRM protection from all Apple Music songs, which only requires you to do several simple clicks. In this review, you will get more familiar with this amazing tool for bringing a more flexible Apple Music playback experience to yourself.

1. Provide multiple formats to save the songs

Apple Music songs are all saved in encrypted M4P format, which is supported by fewer devices or media players. But by using SpotiKeep Apple Music Converter, users can convert the encrypted M4P songs to more mainstream formats such as MP3, M4A, FLAC, AIFF, AC3, AAC, and AU, so that the songs can be played on more platforms as users need.

2. Save Apple Music with original quality

When you download Apple Music songs via SpotiKeep Apple Music Converter, the program will automatically detect the ID3 tags and metadata information about the song and save them together with the downloaded songs. It also allows you to edit the data info if you need it, which is pretty simple to operate.

How Can You Remove DRM from Apple Music Songs?

STEP 1. After you finish installing SpotiKeep Apple Music Converter, open it, and then the program will automatically launch and connect to iTunes.

STEP 2. SpotiKeep Apple Music Converter will detect the songs in your iTunes library and then provides the list to you. You can select the Apple Music songs that you want to download with AMC. 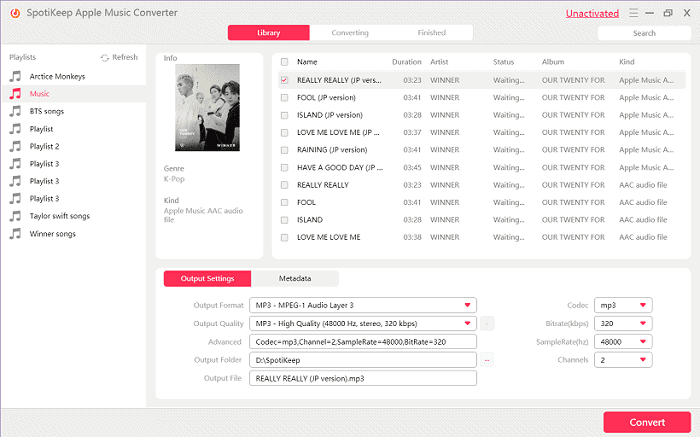 STEP 3. After selecting the songs, you can choose the settings to output them, including format, quality, codec, bitrate, folder, and also edit the metadata if you need. 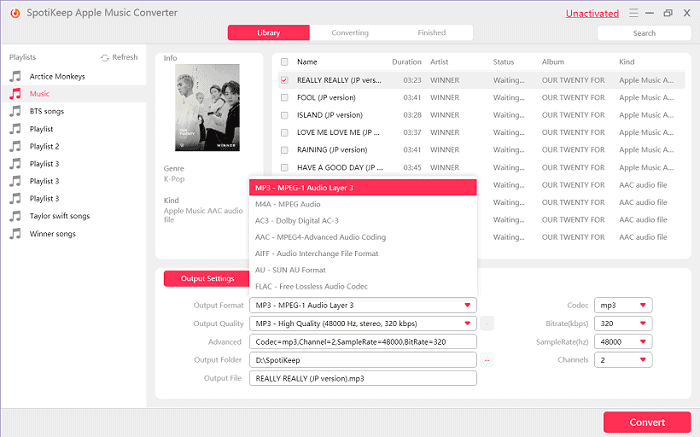 STEP 4. After making all the settings, directly click the “Convert” button, and you can easily download the selected Apple Music songs to your desktop for listening offline. 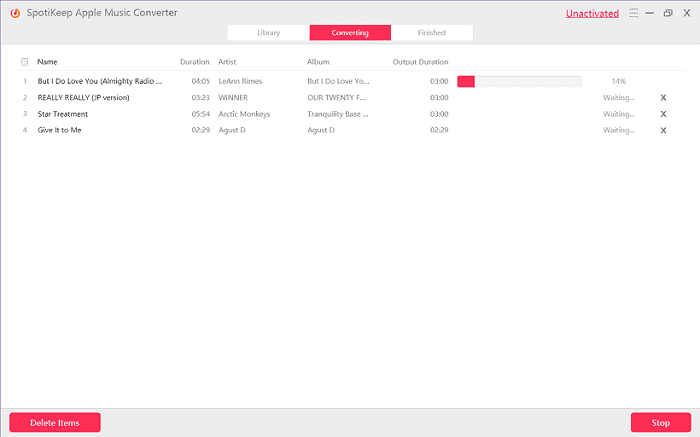 Note: The license code you get by purchasing these plans are all available to only 1 device.