Some Best Roblox Games To Play In 2022 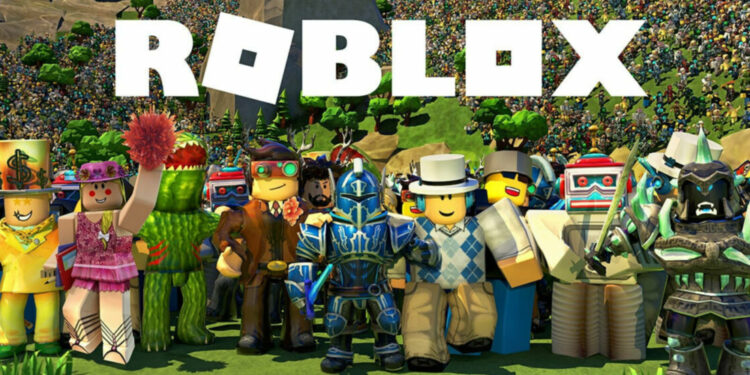 Although Roblox is most well-known for its kid-friendly games, there are also enjoyable Roblox games for adults. This article has provided you with a list of the top Roblox games for 2022 to save you time.

How To Easily Play Roblox?

To start with Roblox, if you’re playing on a PC, go to Roblox.com and make a free account. It’s really simple to do this. A Roblox account isn’t necessary to play some Roblox games as a visitor, but most of the social features on the platform need one. As an alternative, you may download the PC app from the Microsoft Store or Amazon.com. After that, you must go to the Apple Store (for iOS devices), the Google Play Store (for Android devices), or the Xbox Store to access Roblox on other gaming platforms (for Xbox One or Xbox Series XIS). Again, the app may be downloaded. Most Roblox games are free to play, so after you’re signed up, you may click the play button on the game’s page. Some call for pre-purchase, although generally for a little charge using the in-game currency called Robux, which may be bought with real money.

Some Best Roblox Games To Play In 2022

Let’s start our list of the best Roblox games to play. 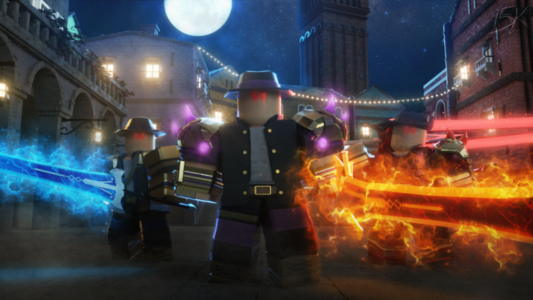 Online dungeon crawlers like Diablo and Gauntlet games inspired the massively multiplayer role-playing game Dungeon Quest. The basic gameplay mechanics are to explore dungeons, get treasure, upgrade your inventory, and then repeat the process. The striking graphical design of this MMO, however, is what makes it stand out. Although Dungeon Quest has a large selection of tools and maps, it is less scary for new players than games like World of Warcraft. This Roblox game must perfectly mix action and strategy to appeal to both novice players and seasoned hack-and-slash veterans. 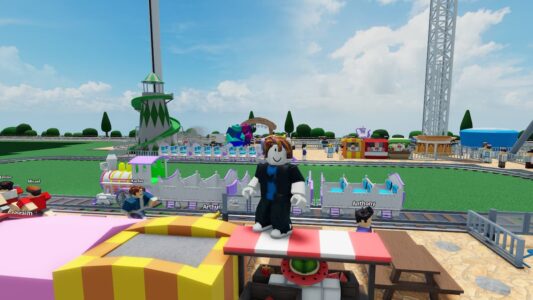 Playing Theme Park Tycoon 2 will make you feel at home if you ever played Rollercoaster Tycoon. Your park, complete with rides and restrooms, is built and run by you in this amusement park sim. Even if you begin with few resources, you may add functionality as more users come to your site. You’ll need to carefully arrange the layout of your park to fit as many visitors as possible, given your limited resources and available area. Additionally, players may go to each other’s parks to find together, make new friends, and get inspiration for their creations. Players in Jailbreak must initially decide whether to live a life of crime or take an oath to preserve law and order. In this Roblox game, if you select the criminal route, your goal is to escape prison and make money through deceit. However, keep the inmates locked up and pursue the fugitives if you’re on the side of law enforcement. Though it seems like a straightforward idea, the game has a lot more complex than you may realize. Jailbreak begins to resemble a family-friendly version of the GTA series once you feel through exploring the free environment and committing crimes at your leisure. This Roblox game is well-known. Tower Defense Simulator gives an established genre a new look. Players must defend their land against swarms of intruders, similar to Plants vs. Zombies. However, you may collaborate with friends or even face off against other players in this Roblox game. You may upgrade your tower by earning money as you defeat your opponents. The single-player option offers enough difficulty to keep you occupied for many hours. You’ll need a mix of quickness, foresight, and patience to survive. Tower Defense Simulator is surprisingly rich gameplay that promotes interaction between players.

Scuba diving in Quill Lake is fun if you’re looking for something to do that will make you feel better. Your goal as an underwater treasure hunter is to explore the lake’s bottom and find buried artifacts. You may invest in enhancements that give you access to new locations as you gather riches. Quill Lake has no obstacles or platforms, but it draws inspiration from exploration games like Pitfall. Even if the game isn’t difficult, finding new secrets is still fun. Quill Lake is the ideal Roblox game for you if you’re seeking a game to play before night where you won’t have to worry too much.

READ:  How Does Mobile Gaming Compete in Today’s Modern World? 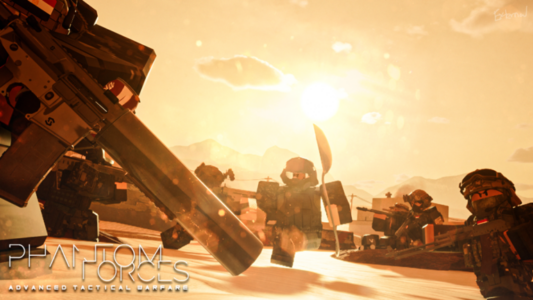 Phantom Forces is a Call of Duty-inspired first-person shooter that is one of the few Roblox games that might need to be more appropriate for younger children. You will only be satisfied if you’re a fan of those games. Even if the gameplay is similar to any other first-person shooter, it is nonetheless enjoyable. Phantom Forces is not the game for you if you don’t like shooting games. There are a few FPS elements in this Roblox game. If you give it a go, you’ll undoubtedly find up against competitors of various ages. 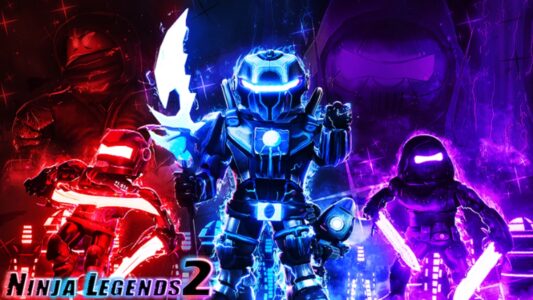 Platforming games on Roblox are offered in a limited amount of abundance, but Ninja Legends 2 makes up for it with its top-notch MMO. Your goal as a ninja is to develop your parkour skills and move across vibrant environments. This may be thrilling if you are okay with looking at the in-game camera. The amount of customization in the game is incredible, and new items are added regularly. There is a lot of content behind a barrier, but by playing the game, you can unlock everything without spending any real money. In this Roblox game, you may also give your ninja a pet. Adopt me! It’s a multiplayer game where you watch adorable creatures grow up and mix different species to make freaks. There isn’t a battle or difficulty; you must dress up your pets, flaunt them, and swap with your friends. In the 1990s, virtual pets became quite popular, but no youngster could have possibly imagined anything as wonderful as Adopt Me! More animals and clothes are constantly being added to the game, and new content frequently focuses on themes like Halloween, Lunar New Year, etc. 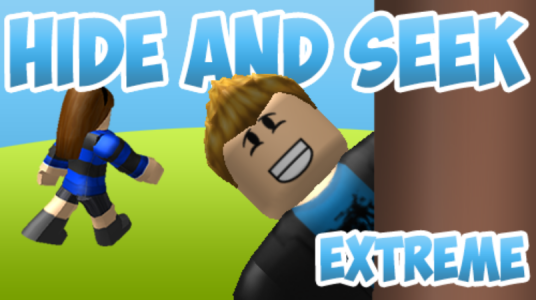 While playing hide and seek with your friends isn’t possible in real life, you can still have fun with this Roblox game in which you must either play concealed players or flee from the player who is “it.” To prevent attempting, reduce the small size and run in a real-world setting. Given how uninteresting the stages are, using the word “extreme” to describe the game may not even be an exaggeration. The “It” character may employ unique skills to capture in capturing other players, which is a good feature. As you win games, you’ll accumulate points that you may use to buy new powers when you’re “it.” 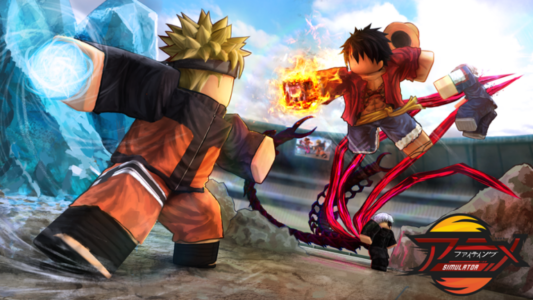 Anime Fighting Simulator is a generic game that, like many Roblox games, needs to capture its brilliance fully. All your favorite anime heroes team up in this underappreciated treasure to take it all out. Why? Do you care about it? It’s simply excellent. Characters like Dragon Ball Z, Naruto, The Last Airbender, and anime-inspired video games like Final Fantasy VIII are among the fighters. You’ll find it a delight to test out each character to see their special skills, but it can only compete as a fighting game with games like Dragon Ball FighterZ on Steam. 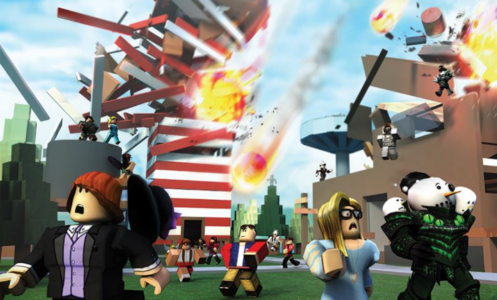 Survival in Natural Disasters Natural Disaster Survival will be the best game for you if you appreciate your games, including a significant game of the post-apocalyptic season. The game’s goal is to survive the weather and events thrown at you. These occurrences can include floods, earthquakes, and a wide variety of other things.

READ:  Can a VPN Prevent a DDoS Attack When Gaming? 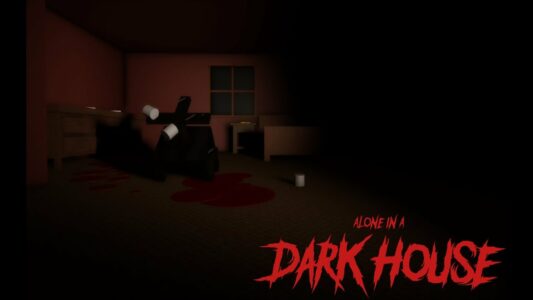 In this Roblox game, you are left alone in a pitch-black home with the duty of gathering information to find a killer — a classic horror scenario, if we’ve ever heard one. It’s a fantastic game in and of itself, with many endings, tonnes of tension, and incredibly dramatic lighting. For maximum impact, it’s best played alone; however, if necessary, you can play with up to 20 additional players. This game is perhaps best suited for teenagers and pre-teens because it contains blood and has a generally unsettling tone, but it is not suitable for younger children. 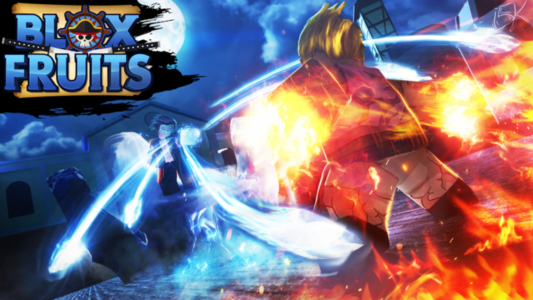 According to their type of fruit, Blox fruits in this game give you distinct powers and skills when you eat them, so you’ll undoubtedly be keeping an eye on many of them. As you get more powers, make your talents, and be careful when leveling up because doing otherwise can cause your game progress to stall. 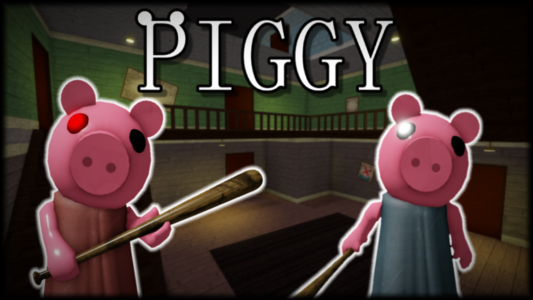 Or in a Peppa Pig-inspired survival horror game where George Pig has vanished, and his whereabouts are a mystery. In this Roblox game, you play the role of a police investigator conducting an investigation. However, before your bacon is cooked, a pig knocks you to the ground, forcing you to leave the room. And to make matters worse, a monster soon infiltrates the police station, leaving you and Officer Doggy as the only two survivors. 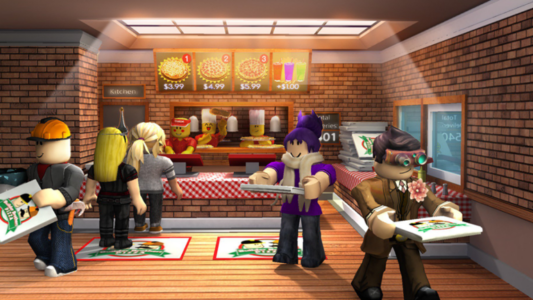 You shouldn’t be surprised by the overall themes of this Roblox game, which include that you work in a pizza shop and must make business while, of course, making sure your customers are satisfied. Being a nasty cashier is as fun as it sounds, especially for those who have worked in retail. It’s up to you to pick what part you wish to play; you might serve pizza, package, or go out. 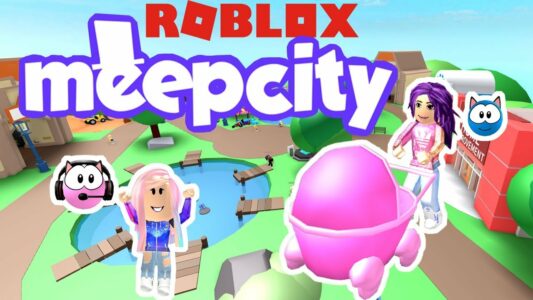 MeepCity is worth a look if you enjoy social gaming because this is a big focus of the fan, and the servers can support up to 200 players, a significant increase from the 30 players in Roblox games. There is a lot to accomplish in this fun game. The game of creating your virtual fantasy house and personalizing the pets who reside there is rather straightforward but one that could keep you captivated for longer than you anticipate. Although this town and city game has only been around for a year, it has gained popularity and become one of the biggest and best games available on Roblox. Brookhaven PR is a more laid-back experience that focuses on living in luxury and is simply the chill-out time we all want for games like this from time to time, in contrast to the other Roblox games on our list that are fast-paced and action-packed. Is required. 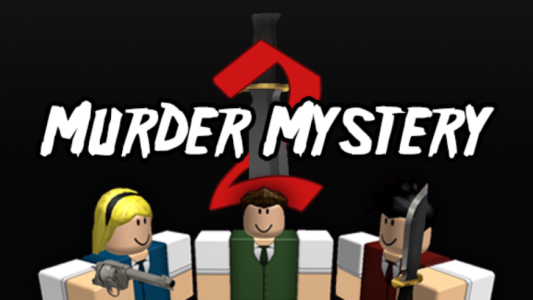 In Murder Mystery 2, you can play three different characters: the victim, the sheriff, and the killer. The type of game you’ll play and the advantages and fun that come with all three will depend on which of these characters you get. It’s quite addicting, and there’s a feeling between players where you have to identify your adversaries before they hurt you.

The most well-known games from the list of the best Roblox games are covered in detail in this article. So that you may enjoy playing and comprehending these Roblox games. Please comment in the comment section below and let us know how you feel about the post.