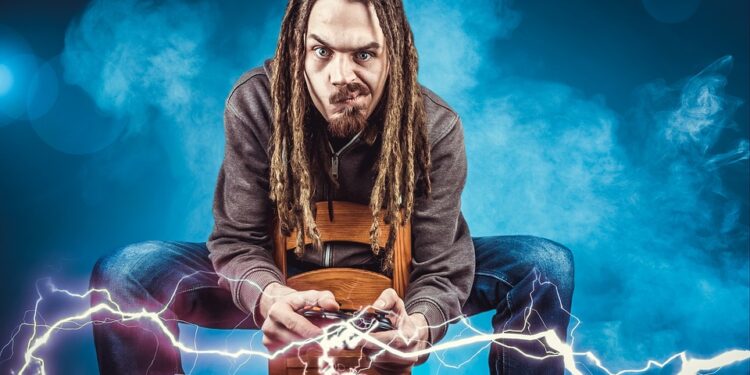 Popular wisdom dictates that cheating in video games is a no-no. It supposedly tempers the satisfaction you get when clearing a stage or level out of your own skills or ingenuity. It diminishes the thrill of playing. Many say that cheating takes away a lot of the fun in playing games, especially when you are not trying to compete with anyone.

However, some would also argue that there are instances when cheating is inevitable. When playing a casual mobile game, for example, there are times when clearing a challenge, say Wordscapes Level 124, becomes too frustrating. Instead of getting stressed out and becoming unproductive for the rest of the day, it would be better to find a cheat guide or code and proceed with the next stage.

In an article in the Guardian, gaming enthusiast Stephanie Munro shared her justification of cheating. For her, gaming with a mobile device or console is hardly something one would consider serious like the Olympics. As such, she believes it would be acceptable to find ways to enhance performance and the enjoyment of playing.

Serious gamers may find cheating objectionable, but if the challenge is too much to overcome, there is nothing wrong with finding shortcuts here and there. It depends on the level of cheating being committed, though. Some forms of cheating can help prevent the complete loss of interest in an evidently difficult game.

Doing some research to find the best path or study the pattern of AI adversaries in an adventure game may not be that eyebrow-raising. However, using codes to achieve invulnerability or infinite lives and resources is most likely unforgivable especially in multiplayer tournaments. A cheat to become

immortal in Assassin’s Creed, for example, is incomparable to simply get occasional boosts or upgrades to survive a level.

Cheating can halve the fun of playing, but for others, it is essential for them to continue playing. The point is that cheating can help improve the gaming experience. It allows players to skip or breeze through a frustrating stage or a seemingly unclear level. It takes away the anxiety of being unable to get past an extremely difficult-to-beat villain in the game. Why languish in frustration and ruin your day over a game stage when you can achieve continuous fun with the help of a few tricks?

Tolerated or Encouraged by Game Developers

Mia Consalvo, an associate professor at Ohio University’s School of Telecommunications, suggests that cheating can be good for video game players. It may sound counterintuitive, but Consalvo believes that the act can provide some benefits particularly in keeping players in the game. Not everyone has the skill and persistence to clear linear games level by level. This is why some game developers provide the cheat codes or walkthroughs themselves.

Game developers always try to provide games that challenge players, but they cannot be certain if the difficulty they designed is just enough or too much. They know they will be criticized if their game levels are too easy. Likewise, they understand that there can be some backlash if their games are virtually impossible to clear.

There are no established standards on what it means to be too easy-breezy or what it’s like to be tremendously hard. Just in case players find the game too difficult, developers provide some room for cheating. They are not necessarily against it, except for those who hack the game code itself to significantly alter the way it works.

To Each Their Own

Cheating is not for everyone just like being strictly rules-abiding does not suit all gamers. Ultimately, it is a matter of choice and enjoyment. Games are made for fun, not become a source of stress. They should be a way to relax instead of becoming a source of despair. Nobody wants to be stuck on something and lose the ability to function properly for the rest of the day.

However, it is also important to point out that the challenges of video games can have positive effects on players. They can help train discipline, critical thinking, resourcefulness, and better hand-eye coordination in some types of games.

Being faithful to the rules of a game is something many would associate with geeks. However, this does not mean that everyone who identifies as a geek is absolutely bound by gaming conventions. Different players enjoy their games in various ways. There are no rules on how players should enjoy their games. The only goal is for them to have fun and make the most out of the games they play.

How IoT Has Changed The Face Of Mobile App Development?