by Aries
in How To
Reading Time: 8 mins read 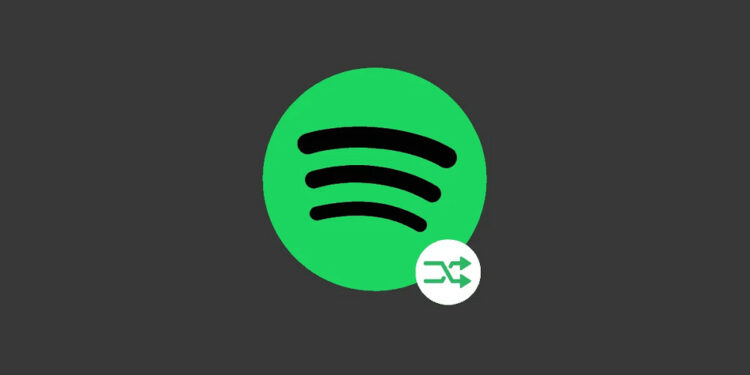 Fix Spotify Shuffle Plays The Same Songs Over And Over: Well, one of the best ways to discover new music and artists is to use Spotify shuffle. It’s a perfect method to get around new playlists, especially if your favorite songs aren’t in any specific sequence. Spotify shuffle, on the other hand, may play the same songs over and over, making it difficult to discover new and intriguing music. So, what should you do if Spotify’s shuffle isn’t random?

Unfortunately, there is no one-size-fits-all solution to a broken shuffle feature because of the constantly changing Spotify algorithms. On the other hand, Restarting the app helps break the faulty sequence. Mastering the search button is also a perfect method to avoid hearing the same few songs over and over again in playlists with thousands of songs. Consider these options to stop Spotify from playing the same songs on shuffle effectively.

There are several exceptions to the majority of the changes, which are available to all Spotify users without updating the app. However, using the latest version of the app helps avoid common errors like the shuffle feature freezing. To update the app on Android, follow these steps:

3 – Go to Spotify by scrolling down.

4 – If the app requires an update, tap Update.

If you’re using iOS, you may update the Spotify app by going to:

3 – Go to Spotify by scrolling down.

4 – If there are any outstanding updates for the app, tap update to download the latest version.

When the Spotify update is released, the app will alert PC users. You can, however, continue to check for new updates.

2 – Select the Update option to download the latest app.

After updating the Spotify app, the simplest solution to solve the problem is restart it. Both the mobile and PC versions of the app include this option. Well, if you listen to Spotify on your PC or Mac, follow these steps:

READ:  How To Fix Plex.tv/link Is Not Working On My Device

1 – Open the Spotify app and go to Your Library.

After this, the shuffle feature will operate properly without repeating a few songs. However, avoid using specific features, such as the like button, if the problem persists. You may alternatively create a new account or uninstall and reinstall Spotify.

Spotify’s major tool for customizing user experiences is the Like button. You may indirectly transmit your favored music to the app by liking particular songs. When browsing various playlists, though, liking songs may convey an erroneous signal to the app’s sequencing feature.

Unlike a few years ago, when you could only make a playlist by liking your favorite songs, now anybody may manually make one. Furthermore, alternate playlist curation methods do not cause the algorithms to push fewer songs. It may take a long time to dislike each song separately if you have hundreds of songs. On the other hand, avoiding the button is a perfect way to avoid your account being customized generically.

Relook At Artists’ And Curators’ Details

You’re on the wrong playlist if Spotify keeps playing the same songs on shuffle despite avoiding the like button. On the other hand, new curators may easily imitate successful playlists by making generic lists because the playlist craze has changed how users use the platform.

The number of songs in a playlist and the playlist’s likes is important factors. You’re probably on the wrong playlist if it has a similar name (to the one you’re looking at) but contains fewer songs or has fewer likes. To be confident of the artist’s identity, click the Profile link on the artist’s playlist. It’s possible that the playlist was created by a fan rather than your favorite artist.

When Using Smart Speakers And Controls, Use Specific Terms

If you use smart speakers to play music, you should rethink how you communicate with Alexa or Google Home. Because both options are automated, choosing particular words may result in Spotify playing a few songs rather than shuffling the entire playlist. To get Alexa to play as many songs as possible, say:

READ:  How To Fix Twitch Login Failed To Load In Time

“Alexa, shuffle my (enter the playlist’s name) playlist from Spotify.”

Replace Alexa in the command above if you’ve linked Spotify with Google Home. This command, however, only applies to your customized playlists and not to discover new music.

Regardless, the command is advantageous in two ways. First, rather than a general playlist, it is focused on the playlist you wish to listen to music from. Second, using the term SHUFFLE in your command is the most effective technique to prevent a few songs from being played.

The Spotify shuffle plays the same songs over and over again, depending on your preferences. You may, however, change your experience by changing your playlist.

1 – Tap the playlist you wish to customize.

2 – Tap the three dots to open the menu.

For instance, you reclaim control over the algorithm, which may or may not correspond to your new musical tastes. Sorting playlists also makes it easier to discover new music and related releases in each category. Alternatively, use Spotify Radio to create customized playlists based on the playlists of others. Finally, tap the three-dots menu once you’ve discovered a well-curated playlist.

“Go To Playlist Radio” will be redirected to you. You may use this feature to create an ever-expanding playlist with no repetitions on certain songs. Stopping Spotify from playing the same songs by following the steps above completely transforms one’s Spotify experience. Controlling the shuffle feature also makes it easier to discover new music and releases, regardless of what you like to listen to on the app.