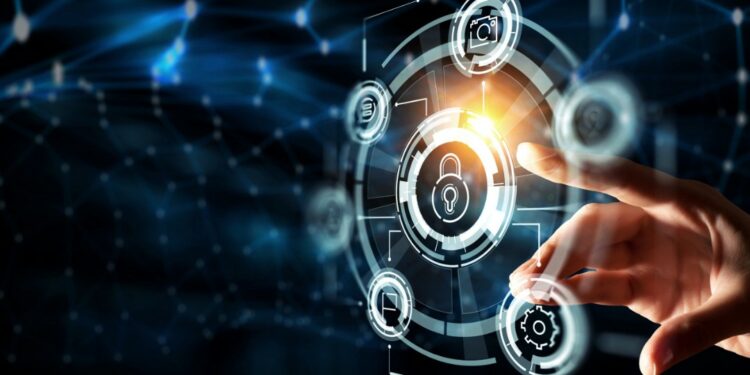 Choosing which qualification to study was never easy, but in today’s rapidly changing and increasingly tech world, it could very easily be argued the task is even more difficult. Technology is changing the work landscape at an almost fearsome rate, rendering many jobs obsolete and transforming previously safe and secure jobs.

Indeed, the rate of change and rapidly advancing sophistication of tech is making many employment experts suggest we’re currently in the throes of a fourth industrial revolution – the so-called Industry 4.0 – a time when technology is increasingly shaping futures and changing work prospects.

Tech is even changing education

The march of technology isn’t just changing the world of work – rather, it’s even changing how people study. With more and more and universities coming to understand the reduced cost and increased flexibility of allowing students to study online, even the world of education is changing.

Studying online offers considerable advantages compared to real-world physical education for both students and universities alike. From a student’s perspective, online education allows the participant reduced fees and the ability to study from anywhere, at a time that suits them – plus the option to review lessons and coursework they perhaps didn’t quite pick up the first time around. It also opens up a far wider range of courses that often weren’t feasible from a financial perspective for universities to offer – and all this without the need to travel and attend in person.

From a university’s perspective, online courses mean a hugely lower overhead from not having to pay for premises, pay the bills of lecturers, and supply often expensive textbooks and supplementary information.

Better yet, programs like an online masters in computer science are perfectly suited to the web-based environment, offering the chance for educational establishments to offer extra learning at a fraction of the cost of traditional classroom-based courses.

The best courses to study for an emerging future

While it would be impossible to offer crystal-ball, sage-like advice, there are nonetheless some careers that would appear to offer the best career opportunities in today’s changing world. Below are just a few qualifications that employment experts suggest should offer the widest range of job options and the greatest job security now and into the future.

While gaming was once a relatively underground industry in the days of old PCs, since the release of the ubiquitous Sony PlayStation and Microsoft’s equally popular Xbox, gaming has hit the mainstream. Indeed, the games industry is now even more lucrative than the Hollywood film industry. Sure, the investment in films is larger (and the wages of the stars are most definitely higher), but gaming outstrips most other forms of media in quite some way. Indeed, only television is worth more.

While gaming was once considered the preserve of pre-pubescent teens, globally, it has mushroomed in recent years. In 2006, the industry was worth 8 billion dollars – by 2020, that figure had increased to a somewhat startling 160 billion dollars.

If you’re looking for a course that could offer great wages, a good work/life balance, the opportunity for creativity, and the chance of relatively assured work in the future, studying a course in game design, development and programming might just be the ideal path. Also, jobs in the gaming industry are incredibly diverse and include positions such as:

READ:  How 5G will Change the World?

With so much of our personal and business lives now in the digital realm, it should come an as little surprise that interpreting and analyzing that data should be in such high demand. Psychologists suggest the likes of Google and Facebook know you better than your nearest and dearest – while companies the world over now use data for everything from business forecasting to determining the supply and demand of products.

Indeed, the value of data is now suggested to surpass even that of traditional high value, heavy hitters like gold and oil – to the point some analysts now suggest it is the world’s most valuable commodity.

Working in data science is another role that offers a wide range of opportunities encompassing jobs with many different companies in many different roles. Typical positions include

Studying for a career in cybersecurity

Cybercrime is a real and present danger facing companies and individuals the world over. Indeed, the revenue generated by online criminality makes it, by comparison, the world’s third-largest economy, narrowly behind the USA and China.

Studying the murky tactics of hackers is one of the most involved and demanding roles – yet also one of the most important. Online security specialists can expect ongoing career security and equally high wages – particularly if you work for a dedicated firm or in the burgeoning cloud computing provision sector.

Study to work in the construction industry

One of the most lucrative – and surely most stable and sustainable industries – is construction. This sector has a variety of different areas where you could find work – anything from engineering to design – so you should work out what particular side you want to specialize in. Typical jobs you might want to aim for include:

The dark art of Human Resources (HR) was once largely misunderstood by many firms, but as companies increasingly come to realize the value of their staff as their number one asset, this vital role has taken on significantly more importance.

The job of the modern HR specialist transcends just looking after staff. Indeed, HR these days will see specialists form the ideal link between staff and managers, working in areas as diverse as accounts and project management. Perhaps better yet, as more companies realize they can outsource this important role, you may even be able to start your own freelancing operation, working with a range of different clients.

READ:  What is Quantum Technology? And Why is it the End of the Digital Revolution?

Take a course in nursing

While tech is undoubtedly changing modern nursing and healthcare, it’s still a long way off from being able to replace the people skills, empathy, and care of humans needed for the role of being a nurse – making this one of the safest and most stable career choices available.

While it’s possible to take a course in general nurse care, most nurses will take follow-on qualifications going on to specialize in different, dedicated areas.

Enlist in a course in business studies

The term ‘business studies’ might seem deceptively vague, but it can open many different doors to a huge array of more specialized jobs. Having a broad understanding of commerce offers opportunities to start your own company, but other potential roles include:

When most people think about economics, they perhaps lean towards just finances and money, but a qualification in economics can open the door to a huge array of different jobs. The skills learned in an economics degree are interchangeable with those needed for data analysis – a highly lucrative sector – as well as many other in-demand disciplines. Indeed, the core subjects taught in an economics degree could equip you with skills that could be used in many seemingly unconnected roles, including:

Perhaps more than any other sector, the world of advertising, marketing, and PR has been transformed by tech in recent years – particularly through the web and social media. Where once companies were limited to promoting themselves just over traditional media (i.e., newspapers, magazines, television, billboards, and radio), with the advent of the web, the opportunities for promotion are almost limitless.

Today’s media landscape has been transformed by the web and social channels to the point that companies of any size can reach out to a global audience on the smallest budget. If used creatively, company promotions can very easily launch viral campaigns – plus, work in this area is all highly trackable so that follow-up communications with clients are far easier than through traditional media.

It’s estimated around 71% of all consumer journeys now start online – normally with a search on Google which accounts for around 92% of all search-engine-generated traffic.

Specialists in this area will need a broad range of skills – everything from the creativity required to devise original, interesting promotional campaigns to graphic design, video production, voiceovers, and video editing talents.

Possible jobs in modern advertising, marketing, and PR include anything from Search Engine Optimization (SEO) to event planning and working as a social media manager. Moreover, with those skills, it is very possible to start up your own firm and go it alone, working instead on a contractual basis for companies.