The Creator of Ethereum: Who is Vitalik Buterin?

by ForTech
in Tech 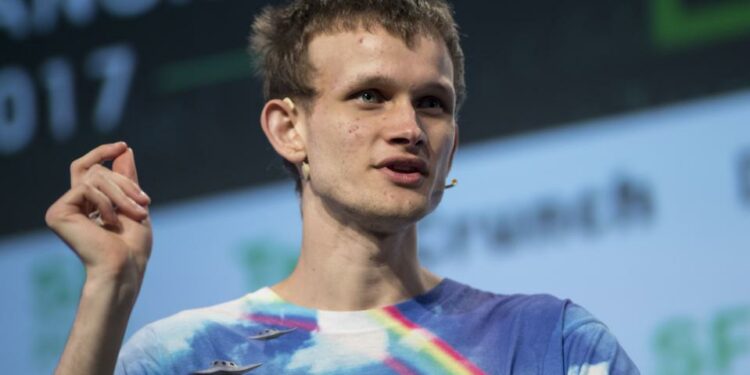 Unless you live under the rock, you must have heard about Bitcoin and Ethereum. Earlier this year, the cryptocurrency gained a massive surge in price, which further increase its popularity – even among non-crypto enthusiasts. While many people know about Ethereum – a blockchain platform that acts as a world computer for decentralized applications, only a few know who is really behind this giant crypto network.

Vitalik Buterin created Ethereum while he was still in his early twenties. He is now one of the world’s youngest crypto billionaires. But how did he managed to build one of the world’s largest cryptocurrencies at that age? Does he have any affiliation with Bitcoin before creating Ethereum? Why didn’t people know so much about him? If you are an Ethereum enthusiast, you will definitely love to have answers to these questions.

In this post, we will be taking a deeper dive into the life of Vitalik Buterin, the founder of Ethereum to see if those rumors around him are really through. So, get ready to ride with us!

Who Is Vitalik Buterin?

Vitalik Buterin is a Russian-Canadian programmer that was born in January 1994. Though he was born near Moscow, he moved to Canada when he was 6. His father used to have a small software start-up, which gave Buterin the privilege to know about applications and how they work, including Bitcoin. When he was 17, he was very curious about the decentralized payment system offered by cryptocurrency after learning about Bitcoin from his father.

He Has Been a Genius from His Childhood

Right from when Buterin was young, he has always been known to be a genius – he experienced lots of social exclusions because of that. When he was in high school, he was seen as abnormal in some sense. He has been a genius in mathematics right from grade five, and many times, that bothers him. Buterin just wanted to be like every other average student.

He Co-Founded Bitcoin Magazine When He Was Only 18

Owing to his keen interest in the crypto space, Buterin became close to Bitcoin in 2011 after hearing about the cryptocurrency in a couple of places. While he was still in school, he co-founded Bitcoin Magazine, which was an online site, before it eventually turned into a print magazine, where he got to talk about Bitcoin-related technical, economic, social, and whatever topics.

“For more than two years working with Bitcoin Magazine, I did a lot of bitcoin-related things”, says Buterin.

He Dropped Out Of University to Create Ethereum

After working with Bitcoin Magazine for more than 2 years, he eventually dropped out of the university to join the crypto space full-time.

“And soon after that, I realize that there were a lot more interesting things that you could do with blockchains than just a single peer-to-peer currency”, added Buterin.

He then came up with the idea of a blockchain with a built-in programming language that will allow for more kinds of applications. He wrote the white paper describing this idea and presented it at a Bitcoin conference, which earned him a standing ovation from the audience. In 2015, and at age 21, Vitalik Buterin launched Ethereum’s coin, Ether.

Due to the amazing concept behind the network, Etherum became easily accepted by the crypto community. Even though he couldn’t complete his university education, Buterin was granted an honorary doctoral degree from the University of Basel in Switzerland for his innovative work in the blockchain space.

He Was Trying to Fix Bitcoin’s Major Problem; Functionality

According to Buterin, one of the few things that motivated him to create Ethereum was that Bitcoin was too limited in its functionality. He described it as a simple calculator that does only one thing, and does it well – that’s to calculate. However, people want more from it.

“If you have a smartphone, then on the phone, you can have a pocket calculator as an app. You have playing music as an app. You can also have a web browser as an app, and pretty much everything else,” he told Business Insider in an interview.

READ:  The History and Rise of the Mobile App Industry

He created Ethereum with the idea of increasing the power of the system and make it more general-purpose and apply it to blockchains.

Sorry, He’s Not a Prolific Tweeter like Many Other Billionaires

People wonder they don’t hear much from Buterin on Twitter as they do from other billionaires like Elon Musk despite having about 2 million followers. Well, Buterin is not a prolific tweeter like many would expect. That doesn’t reduce him from being a billionaire. In fact, despite the slight price fluctuations Ethereum is presently experiencing, Buterin holds about 333,500 Ether in his public wallet.

He Has a Good Heart towards the Needy

This is one thing that is popular about the Ethereum founder – he’s got a philanthropic attitude. In 2017, he donated almost US$770,000 to the Machine Intelligence Research Institute, which works to ensure artificial intelligence technologies have a positive impact on humanity.

In 2018, he also donated US$2.4 million to the Sense Research Foundation, which develops solutions for health issues associated with aging, and also gave US$1 million to charity for Ugandan Refugees.

Presently, Vitalik Buterin is also helping India get through Covid-19 crisis by donating various relief packages to the country.

Butering’s Got Big Plans for Ethereum

One of the challenges Ethereum, and many other cryptocurrencies – including Bitcoin have is that its processes are too energy-intensive. The Ethereum network presently uses about 5.13 gigawatts of power – more than the energy consumption of Peru.

However, Buterin recently announced there will be an upgrade on the network soon, which will cause Ethereum to be more environmentally friendly. Ethereum will soon be switching from a Proof-of-work consensus algorithm to Proof-of-Stake, which will reduce the energy consumption of the network to 2.62 megawatts.

The upgrade will also promote scalability and security of the Ethereum network while making it more decentralized. All these are definitely going to have a positive impact on Ethereum price. So, the upgrade (Ethereum 2.0) is one worth anticipating.