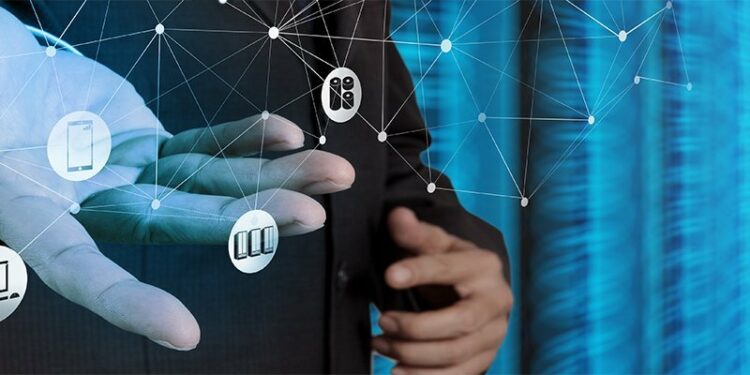 Domain Name System (DNS) is the backbone of any internet service you might use.

What makes it interesting to cybercriminals is that it holds a lot of valuable information for them to exploit. It can uncover IP addresses of devices and data about your network and websites.

Businesses have been taking measures in securing DNS because it can lead the hackers straight to the heart of their organizations. Linked to the internet, this system provides an access point for threat actors.

As remote work became the norm in 2020, the number of DNS attacks has been on the rise ever since. In 2020, more than 79% of organizations have been targeted with DNS attacks, reminding other businesses of the need for DNS protection.

The cost of the attack for organizations is estimated to be high as well, rising up to a million dollars for a single organization per breach. A hefty amount, indeed.

What can organizations do to protect this critical, but at the same time vulnerable, part of the system and what are some common ways you could be compromised?

What are the Most Common DNS Attacks?

The domain naming system’s application is wide, and it gives access points to threat actors within different devices and systems used to operate your business.

Considered under the umbrella term DNS attack are any hacking attempts that criminals can use to exploit vulnerabilities in your Domain Name System.

Phantom domain attacks disrupt the communication between DNS servers. They do so by forming multiple “phantom” domains that target the main nameserver. As a result, DNS is unresponsive, and it can’t contact the authoritative server to fix the issue.

DNS poisoning takes advantage of incorrect IP addresses that are stored in the cache. Namely, DNS systems are often explained with the phone book’s allegory. It can be perceived as a phone book of the internet that lists, names, and hosts all the IP addresses.

READ:  7 Ideas of New Android Apps For Your Startup That Will be Popular in 2021

With “poisoning of the DNS” takes place, hackers can change these addresses. This can enable phishing attacks by redirecting the users that want to access a legitimate site to a fraudulent website which steals their data.

Similar to poisoning, DNS hijacking redirects the traffic and leads the user to infected sites. This type of attack injects malicious virus (malware) into the website or the network.

Its goal is to hijack the critical part of the system that you need to run your business.

Hijacking is one of the most common and easiest ways to target an organization. The scripts that can be run even by inexperienced criminals are often easily available online and can be run with little to no hacking knowledge.

Many find DNS attacks synonymous with DDoS attacks. Distributed Denial of Service (DDoS) overwhelms the traffic on the network or a website.

Once the malicious traffic floods your application, that could mean it either makes it unusable or slows it down to a snail’s pace.

Either way, this can disrupt the workflow of your employees that are linked to your network from their homes or affect the user experience of the customers that are shopping on your website. They will only stick around for a few seconds, but if a page takes any longer to load, they’ll be out of there in a flash.

What Should DNS Protection Include?

To secure DNS, it’s important to have security that enables access to the network and connectivity to the website in case of an attack. In other words, prepare for a possible DNS attack by making sure that you can continue to operate in a worst-case scenario.

Tools that can detect activity that indicates hacking is also a significant layer of protection you can employ for your systems.

Filter malicious traffic before it turns into something more sinister within your organization. One tool that can help you with that is the Web Application Firewall (also known as WAF) which scans for suspicious activity and bots that are trying to overwhelm your systems.

Considering that DNS and DDoS are interconnected, security is commonly oriented toward solutions that can protect the system from Distributed Denial of Service Attacks as well.

For example, to protect DNS, you can use software that guards websites, networks, and IPs against DDoS attacks.

Holistic and all-encompassing security that protects your business from similar threats and methods that aim specifically at DNS creates layers and strong security for your systems.

Once you have the tools that can scan for possible attacks and have enabled your systems to continue operating even after the incident, all you have to do is manage the security you have.

Threat actors can attack the DNS only if they can find a weakness to exploit in them. Therefore, the goal is to fix any weaknesses early and add new layers of protection to improve security on a regular basis.

Regularly update the tools that guard your infrastructure and OS to the latest and the most secure versions and restrict the access to your network only to specific users.

After the surprising spread of the pandemic, many companies scrambled to remain in business and introduced telecommuting for their workers for them to continue operating.

The shift meant many businesses became vulnerable to outside attacks, leaving both their reputations and finances at risk.

For one, a public data breach typically results in users reluctant to use an organization’s services.

There’s also the financial burden that’s left on unprepared businesses in the recovery phase after the attack.

Employees connecting to the network and logging into the websites from their home devices can result in flaws which are in turn exploited by hackers.

These are all reasons  to invest in proper DNS protection, which not only keeps your business safe, but also your workers, and information that can compromise your clients.

Outlining The Impact Of Technology On The Health, Medical, And Wellness Industry