Top 5 Cartoons That Made it to The Gaming World 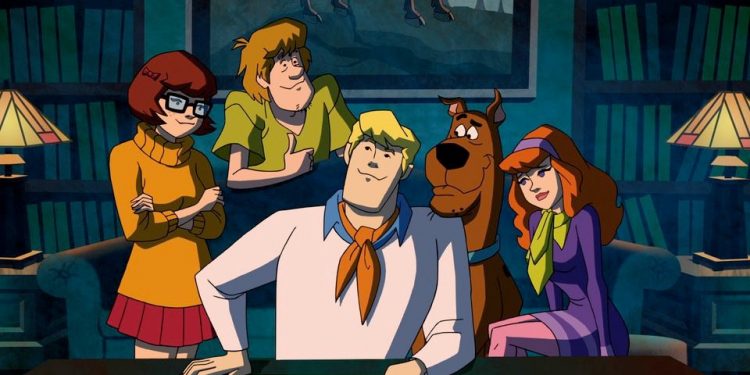 There are hundreds of games that first began life as a cartoon either on TV or in comic books. And it’s a popular choice for any director or game developer to use a character that already has a huge fan following, and turn them into another source of entertainment. Bringing characters to life in a different way and allowing us to play as if we’re in our favourite cartoon shows.

And this got us thinking about the most popular cartoons which have been embodied into games.

Everyone has heard of this cartoon Great Dane and his gang of 4 humans, Fred, Daphne, Velma, and the infamous Shaggy. Hanna Barbera first created Scooby-Doo in 1969 and since then he has enjoyed many revivals in various spin-off shows, joining up with his famous nephew Scrappy-Doo in the fight against baddies.

Scooby and his gang have solved many mysteries over the years and even hit the big screen in 2002 with a feature film by Warner Bros. The film was headed up by Freddie Prinze Jr. and Sarah Michelle Gellar (remember them?) and grossed over $130 million at the US Box Offices alone.

Scooby still has the power to turn everything his paws touch into fun, and Heavy Iron Studios developed him into a third-person video game for PlayStation 2, Xbox consoles, and GameCube in 2002. The action is centered around solving mysteries, and with a name like ‘Scooby-Doo! Night of 100 Frights’ – you can be guaranteed of a great gaming experience!

This hapless comedy pair first burst onto our screens in 1993, a cartoon first for the generation at the time. Filled full of adult humour and created by Mike Judge, the series ran for 8 seasons and featured 2 unintelligent teenagers. Life for the pair revolved around watching TV, heavy metal, sex, and destruction.

The cartoon attracted plenty of criticism due to its violent and controversial theme and came to an end in 1997, after enjoying huge successes all over the world.

The show was turned into a feature film in 1996: ‘Beavis and Butt-Head do America’, and then adapted for a zany slot machine in 2019 by Blueprint Gaming. Where it’s since enjoyed a great revival with slot fans everywhere sampling the 9 bonus features, whilst listening to the dulcet tones of the cult duo.

Some say that Beavis and Butt-Head paved the way for South Park, which was first aired in 1997. Another adult-themed cartoon, featuring 4 boys: Eric Cartman, Kenny McCormick, Kyle Broflovski, and Stan Marsh. Life in the cartoon revolved around the town of South Park in Colorado and is packed full of dark humour.

The cartoon is still running to this day and has so far produced over 300 episodes, with more seasons planned to take the boys up to 2022. Like Beavis and Butt-Head it was also turned into a film in 1999 and has won 5 Emmy Awards.

South Park must be one of the most well-known popular cartoons, and we can see why NetEnt turned it into a slot game in 2013. It’s highly volatile and has a max win capacity of £69K – enough to make even Cartman’s eyes water.

If you’re a child of the 80’s then the chances are you already know about this cartoon vampire. Duckula first featured on the kid’s channel ITV and was voiced over by the legendary David Jason. Count Duckula was no ordinary vampire though, as he was vegetarian and hated blood. He just wanted peace in the world and to enjoy his life whilst being watched over by his Nanny, who called him ‘Duckiboos’.

Count Duckula was created by Mike Harding and put into his cartoon cape by Brian Cosgrove. He first leapt onto our TV screens in 1988 before wrapping up his batwings for good in 1993. Until Blueprint Gaming immortalised him in an epic slot game in 2017, where he’s entertained fans ever since.

You can read a full review of the Count Duckula slot game on Labslots.com, along with many other impartial and expert reviews of all the best slots and online casinos.

This hilarious adult cartoon was born from the minds of 2 legendary creators, Seth MacFarlane (Ted, American Dad) and David Zuckerman (King of the Hill, Fresh Prince of Bel-Air). Family Guy is based on the Griffin family who live in Quahog and are entertainingly dysfunctional.

The family is made up of Peter and Lois along with their 3 children. Stewie is a baby on a mission to kill his mother, Chris is the middle child who is totally clueless about everything, whilst Meg is the eldest and a social misfit. They also have a talking dog called Brian who keeps an eye on Stewie and enjoys drinking Martinis.

How to Manage Twitch Notification Settings 2021