Being in the army is one of the toughest jobs out there. You get to face harsh weather, you’re far away from your family, and threats are always on the rise. If they’re not careful, they can get overrun by combatants. Thankfully, soldiers are also one of the most well-equipped people in the world.

In a full-scale military operation, one of the most important things to have is communication. A simple message or call can be all that takes to avoid disaster or to win a battle. To communicate, soldiers have their own ingenious ways of talking to each other. However, for longer distances, most soldiers have communications equipment such as a radio.

Another crucial thing that soldiers should know about is location and mapping. Of course, they have tools for that element as well. These questions all beg to ask: Why not combine such vital needs and get them all from a small device, say a smartphone?

Those who like braving the elements will, however, be glad to know that there are phones that can withstand such punishment. Without further ado, here are some smartphones that are built to last: 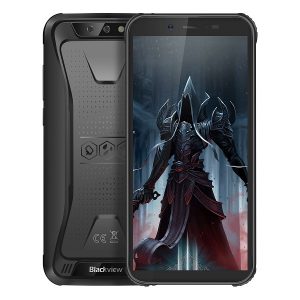 Aside from its shockproof design and durable screen, the Blackview BV5500 Pro has thermal imaging available. With this feature, you can look at certain things with a thermal view. The feature doesn’t solely focus on detecting heat, but can also detect radiation and smoke. The Blackview BV5500 Pro’s camera is also bright enough to function as a reliable night light for night treks. 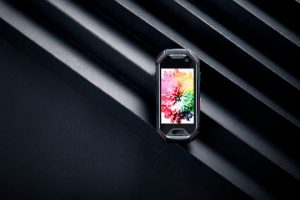 For a unique look and durability, the Unihertz Atom is a good match for you. The phone is reminiscent of earlier circular cellphones from the past. Although some might scoff at the design as looking childish, it does stand up to some incredible punishment. If you want a small phone that focuses significantly on protection and doesn’t mind the downsides with graphics and features, then the Unihertz Atom is for you.

Caterpillar is a company known for its hardy machines and extremely durable gear. With the CAT S41, Caterpillar enters the smartphone era with its own durable, rugged phone. The smartphone is made with hard, durable rubber that can withstand high drops.

Although the CAT S41’s camera is its weakest point, you’ll still have good quality images with its 13MP rear camera and 8MP front camera. The strongest point on this phone, aside from its durability, is its battery life. With a 500mAh battery, you won’t have to worry about the CAT S41 going dead on you during work times.

Imagine a tank with a superb sound system built for entertainment. Throw in a 4k action camera to that tank, and you’ll get the Kyocera DuraForce Pro 2. This smartphone is built just like a tank. As mentioned earlier, the rugged phone boasts two excellent speakers for some great tunes. Its 4k camera isn’t a pushover as you’ll be able to take more awesome shots when going on your adventures. 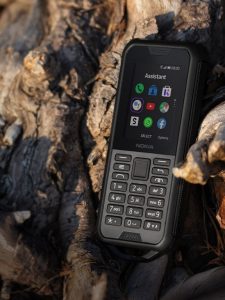 You’ve seen how Nokia’s 3310 memes comically explain the phone’s durability. With that said, it would be a shame not to include a Nokia phone on this list. The Nokia 800 Tough is a simple phone with a simple design. Don’t let that fact fool you on how “tough” the Nokia 800 Tough really is.

Its features won’t wow anyone, but they are enough to get the job done. Given Nokia’s dominance in the past, the company retains its well-loved features on the Nokia 800 Tough such as a ridiculously strong battery and a durable keypad.

When you’re in an environment that calls for durable equipment, you need your smartphone to perform. The phones mentioned above are all waterproof and can handle any bump you’ll encounter in such rugged terrain. These phones are called rugged for a reason, and you’ll quickly experience why these phones can survive extreme punishment.

What to Look for When Choosing a Smartphone for Gaming

How Do I Reinstall Realtek HD Audio Manager in Windows?

How to Uninstall and Reinstall Minecraft Windows 10?