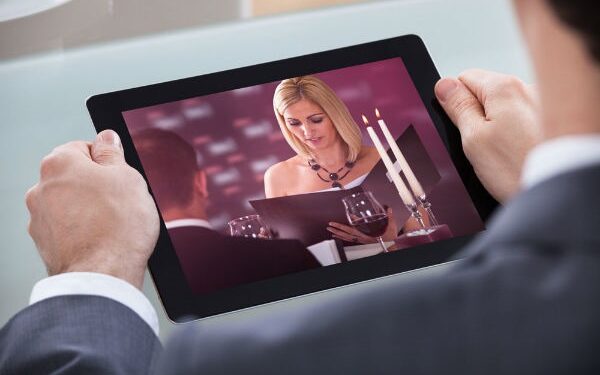 So, you’re seeking the best free live TV Streaming Apps for Android that allow you to watch your favorite shows when you’re out and about. The fact that you don’t have to spend a penny to watch your favorite movies or TV episodes on your Android device is a wonderful thing. Do not fear. Many solutions are there; you need to do your homework and sort through them completely. Some of these apps are excellent and secure, but others are just a vehicle for malware and virus. Make sure that you only use programs that have been proven to be safe and reliable. Check out other people’s feedback as well.

It’s best to stick to programs that may be downloaded straight from reliable sources like Amazon or Google Play. To watch live TV streams, all you have to do is follow these steps:

Many people are shocked to see this app on the best free live TV Streaming Apps for Android devices. So far, the Times Internet Group has been using this app to provide OTT services such as web originals, movies, TV shows, and more to its customers. Even though advertisements accompany them, the videos are available for free viewing. Surely, they need to earn a living and put food on the table as well? The fact that you can watch movies and stuff from South Indian Languages, Hollywood, Bollywood, and other local content is another exciting feature of this app.

This app has a lot to offer, including the opportunity to access content in various languages. It’s an excellent software to use if you want to learn foreign languages. Although the UI is minimal, it’s pretty effective. The video resolution options are yours to play with, so feel free to experiment. Rest assured that only the best TV series and movies are available to you. It’s impossible to ask for anything more. 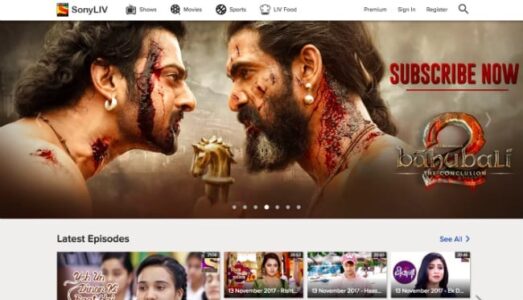 Sony India owns Liv, which focuses on localized content. They are providing both free & paid services. For free content, you’ll have to put up with ad interruptions. There are ample great sports programs available on this app, like the EPL, Serie A, Football, NBA, and La Liga. However, the free service comes with a 5-minute delay, which can be eliminated if you’re prepared to pay for the service.

Sony owns this app; hence it has access to all Sony’s movies. Other channels available include Sony Pictures Home Entertainment (SME), AMC, and others similar. If you live in India, this is the best option for you. In addition, free prominent sports networks and broadcasts can be accessed through an easy-to-use interface. 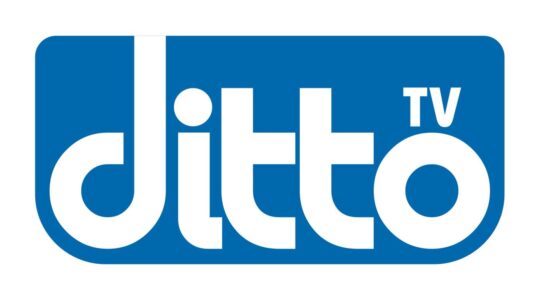 ZEE Entertainment is the app’s publisher. The legality of the free content means you don’t have to worry about it. As a result of ZEE Entertainment’s collaboration with numerous media and network partners, the app’s content is derived from such sources. Ditto TV is the best app to watch material from major (TV) networks. Except for Star, you can watch Zee, Sony, and Viacom 18, among others.

READ:  Telemedicine apps: why to create your own?

This program has several useful features that make it a worthwhile investment. The 7-day catch-up content is one of them. It implies that even if you miss the broadcast, you can still enjoy it. Concerned about missing episodes or anything else? Don’t be! Also, the subcategories are well-organized. It’s possible to watch movies and TV shows on Zee Entertainment, as well as regional material.

Yes, I’m a big admirer of the game. But, is this person a true sports fan? Installing this Sports Angel on your Android device is the next step. Basketball, racing, cricket, soccer, and a slew of other sports may all be played on it. In addition, you may watch Fox Sports, Sky Sports, ESPN, MUTV, Euro Sport, and a host of other high-quality channels from the United States and Europe. Even though the app is free to download, all of the app’s content is ad-supported.

This app has a lot to recommend it. Easy to use and navigate, this app’s user interface is well-designed.
Thanks to its HD picture quality, you’ll be able to get the most out of your favorite sporting events. You do not need to register or anything to use this service. So is it surprising that it’s one of the finest free live TV Streaming Apps for Android focusing on sports? Not! 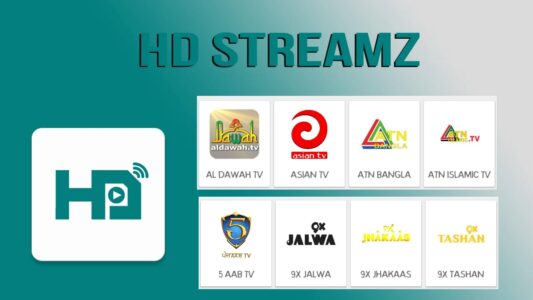 You will not only be able to watch free TV channels, but you will also be able to catch free radio stations. Because of its use of the IPTV protocol, the app can pick up signals from anywhere in the world. However, staying at home doesn’t mean you have to be lonely. There are plenty of options for entertainment, news, sports, and movies, among other things. Although it does not have its own built-in media player, you will still need a media player to use it. MX Player or VLC Media Player are decent choices.

More than 600 live channels are included in this app’s capabilities, so you’ll never run out of possibilities. For a channel, it provides numerous (streaming) URLs. With content from nations such as Sri Lanka, Nepal, Germany, America, and so much more, you’ll be sure to enjoy it. 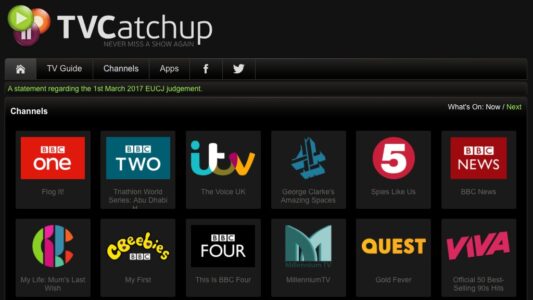 If you’re a fan of British TV or movies, this app is a must-have. You will be able to watch all of the UK’s TV shows and channels with this one. The TVC is essentially a UK-based online TV service.

The app retransmits networks such as Channel 5, Channel 4, ITV, and BBC without a subscription. Pre-roll commercials allow you to view major UK (TV) stations on your mobile device without any bother or complications. 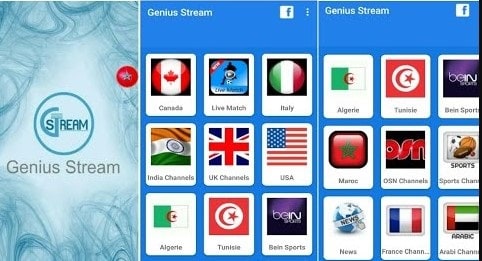 You can watch live TV, movies, & sports events from countries worldwide with this free Android app that lets you stream them for free. These channels are accessible, but they can also be enjoyed in high definition. There’s no doubt that the photos are sharp and clear.

Conveniently, the software enables several players. Another admirable feature of this app is the HD resolution. Enjoy free live TV from more than ten different countries and the channels available in each one. To top it all off, the app’s user interface is incredibly intuitive, making navigating it a snap. It’s an excellent idea for anyone. You can see why it’s dubbed “Genius.”

This Android app is one of Android’s best free live TV Streaming Apps because it provides access to thousands of channels (both free and paid).

You don’t have to leave your house or spend any money watching movies or following your favorite sports teams live on the internet. There are channels from all over the universe, including the Middle East, Canada, Germany, India, the United Kingdom, the United States, and other parts of Europe. However, some countries may have copyright concerns. Therefore, they may not be able to watch some general entertainment or live sports channels. 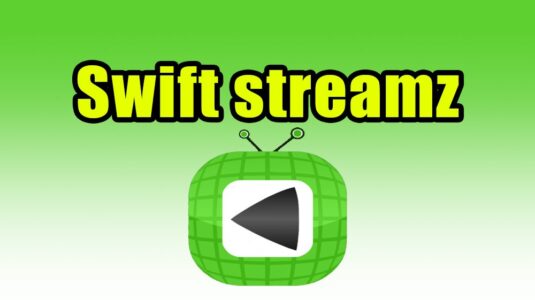 Watch live channels from around the world on this app. There are channels from all over the world, including Canada, Asia, Greece, Pakistan, France, the UK, Australia, and India. This app has two key features: the ability to watch free live TV without a subscription and the support for a wide range of video players. The app should work flawlessly on any network, including 3G and 4G. This device also supports Chromecast and DLNA playback. Isn’t that great? 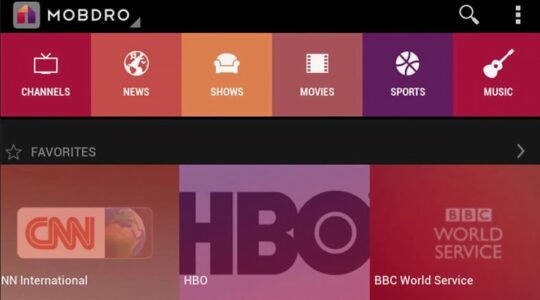 If you want to view a wide variety of live TV and material, including anime and spiritual, tech, movies, animals, sports, gaming, entertainment, and so much more, you should download this app. Some of the most well-known TV shows and other media can even be downloaded. This app is an excellent option for those who want to watch live TV from 30 countries and in 10 languages.

You don’t have to establish an account if you don’t want to. In addition, the user interface is straightforward. Be aware that the app is not available in the PlayStore, but you can always get it through their official website. You must have an Android 4.1 or higher device to use this app.

You have a massive range of options to choose from best free live TV Apps for Android.