Vietnam’s Digital Economy Is Booming Thanks To Blockchain 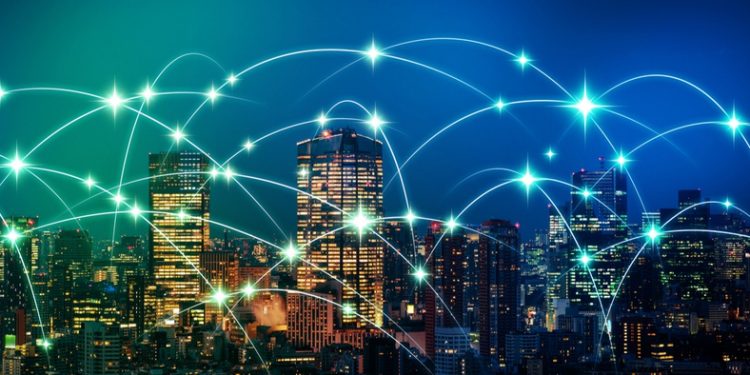 As the world is turning to alternatives to sourcing from China, Vietnam is finding itself a very attractive looking partner. Not only for manufacturing, but also for digital goods.

But, there are a few things holding the country back. Logistics and traceability to name two. In fact, Vietnam is looking to overcome these factors and lead a fourth industrial revolution.

When the power of the blockchain is harnessed, it could set Vietnam apart as a reliable and technologically advanced partner going forward. And this will be a huge boon to the economy of Vietnam.

In this article, we will go over several of the ways that the blockchain can be used by Vietnam to help grow their economy.

Gives Options to the Unbanked

Before we even get into the industrial revolution taking shape in Vietnam, the economy will have a large influx of cash as the unbanked will have access to funds in a much easier and economical way.

Thanks to how easy it is to buy Bitcoin in Vietnam, people are taking advantage and getting their remittances from abroad in cryptocurrency. This gives them more cash in their pockets that they can then spend.

There is a big boom in Bitcoin in India for this reason.

Removing bureaucratic hurdles is a big way to grow an economy. Countries with a lot of paper pushers tend to lag behind more advanced countries.

Trade lines can be streamlined by using smart contracts as opposed to relying on a paper trail that can bog down trade. An example would be when a single pallet sent from Vietnam to Europe could see up to hundreds of transactions being done along the way. This is ripe for fraud and can lead to shipments being lost or stalled at multiple points along the chain. Instead, the blockchain is easier to use across the entire trade route that is trustable so there is less reliance on seeing hard copies of the paperwork and adding more to it. At each step of the process, the ledger will be updated with all the new information.

READ:  IT Staff Recruitment/Augmentation: The Human Challenges of Modern Technology

More Trust in the Products

One of the biggest problems in dealing with China is the lack of trust in the products. Many fraudulent products make their way to the market as there is no transparent system to verify the origins.

With the blockchain, Vietnamese producers can trace the origins of products every step of the way through the ledger. It can’t be manipulated as the blockchain is immutable. This trust can mean that farmers are able to gain an advantage by showing the value of the goods they produce. The same can go for manufacturers or any other good being sold or traded.

This can set Vietnam apart as a trustable trading partner and increase trade to grow the economy. Vietnam can brand itself as equal partners with the West to bypass other countries they are competing against for trade.

Corruption is a problem in most countries of Southeast Asia and people are used to having to pay extra for basic services. This can hurt the economy as it takes money out of the market.

The transaction is secured on the ledger and cannot be changed without raising many red flags. These services can be distributing pensions to giving money to small businesses and more.

Any public works project that is on the blockchain will also be more transparent so the money will have to go to its intended destination and any skimming off of it to pay off bribes or favors will be seen immediately.

Distributing services in a secure way is just one of the benefits of using blockchain for governing. Another big one is how much less it costs to distribute these services. The Vietnamese government would save a lot of money by reducing the papers required to do most of the government services in a highly bureaucratic country.

There are many agencies and departments that can better coordinate and avoid overlapping tasks that can save a lot of wasted time and resources. The less time it takes to process the paperwork, the faster things move along and that will help the economy grow. Too much bureaucracy and delays means less growth across many parts of the economy.

Though the blockchain is still in its infancy, there is enough to go on with regards to the immediate benefits. As things progress and improve, Vietnam can position itself very well in the future by adopting the blockchain right now.