What are Electronic Loads?

by KEN
in Gadgets 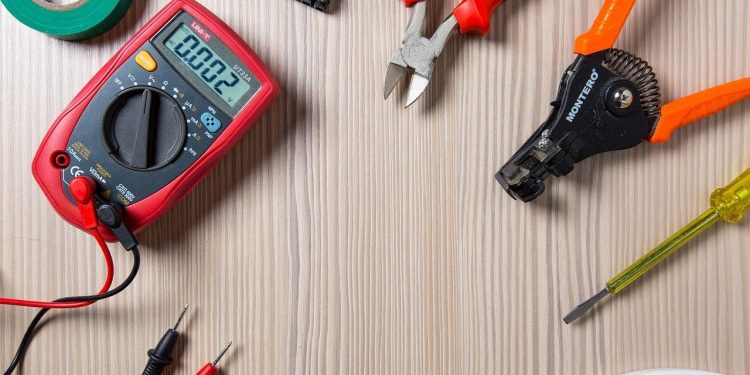 Today’s competitive market offers different high-end gadgets and electronic devices, now adding up to a consumer’s cart. Whether online or on the shelf, consumer’s demand for tech upgrades is a much-awaited event throughout the time. However, these upgrades could induce a lower quality control item damaging to a consumer’s end.

For instance, some smartphones explode due to low maintained batteries,  some inefficient hair dryers suddenly damage your hair because of a short circuit, and some electronic irons overheat caused by a warehouse defect.

Whether you like or not, it is a rule of thumb that quality control is the key to a cost-effective, work efficient, and successful electronic manufacturing. Thus, here Electronic load comes in!

To promote safety compliance and quality control on your devices, you’ll get-to-know the nature of electronic loads, its type, and how it works in your day-to-day life.

What are Electronic Loads?

Electronic loads are a type of instrument that provides a load to the outputs of a power supply – a counterpart of real loads that stabilizes and organizes fully controllable loads.

It tests power sources using an oscilloscope to ascertain if a supply manufacturer complies with the safety standards and quality control.

Hence, electronic loads are a must or a need for your electronic products.

What are the four modes of electronic loads?

During the process, a voltage control amplifier compares the reference signal with a load’s input voltage. As a result, the output of the input voltage either supplies to decrease or increase the RDS (resistance when the device is in saturation( on the power FET (field-effect transistor).

This mode of an electronic load is commonly used in testing battery charging circuits. So, a perfect example of a CV mode is a battery being charged in a constant current source.

READ:  How to Use X-Ray Inspect Auto Parts?

This type of electronic load usually limits the current output to a maximum level in a power supply to prevent the occurrence of short circuit current. However, constant current charging is synonymous to pumping a balloon continuously – the battery of your device explodes when it reaches beyond its limit.

In a constant resistance mode, it enables the electronic loads to function as a programmable power resistor. You can set the resistance value in this mode. The electronic load will adjust inversely to the current to compensate for any change to testing the voltage.

Otherwise stated, constant resistance mode sinks the voltage proportionally to the input voltage. As a result, its terminal voltage amounts to the imposed current, multiplied by the programmed resistance value, when the load is connected to its source.

This type of electronic load suits in testing a battery’s capacity and measuring the start-up conditions of an electronic device.

Constant power mode allows you to modify the wattage level required for your test. During the process, the load adjusts the current draw proportionally, to compensate for any changes in the voltage.

In other words, an electronic load uses whatever input voltage that is given and adjusts to the current power what the user has set.

This type of mode measures the load’s voltage and current by breaking up surface oxides, and by plating varies current and voltage for consistent energy.

Why do you need electronic loads?

Electronic loads are counterparts of real loads that stabilize and organize fully controllable loads. It programs to represent closely from a real environment for a power source by taking the form of modulation. As a benefit, it improves the performance of your power supplies.

READ:  The Best Smartwatch on Everybody’s Wrist in 2020

The beauty of electronic loads enables power supplies to simulate easily and emulate quickly to various power states. It can test large power sources, including inverters, UPSs, converters, and electromechanical sources, such as batteries and fuels.

Works as a High-Speed Current Modulator

That’s why electronic loads work as a high-speed current modulator to improve the performance of your power supply. It requires only a fraction of a power rating. Here, modulation stays in balance, between the zero and the maximum.

Nowadays, manufacturers maintain a power curve for the safe operation of an electronic to ensure that users won’t experience any electronic overload caused by simultaneous maximum voltage.

Electronic loads play a crucial role in your electronic production in terms of quality control and safety standards. While consumers look forward to upcoming tech upgrades, as a supply manufacturer, make sure that you highly prioritize your customer’s safety as well as your brand’s reputation.

Because of its versatile usage, electronic loads apply to voltage and skins to power supplies such as motor battery and cell phone battery.

Indeed, there are four vital reasons why you need electronic loads today:

How to Play Video Games Without Affecting Your Sleep?