What Changes Have Been Made From The Valorant Beta For eSports 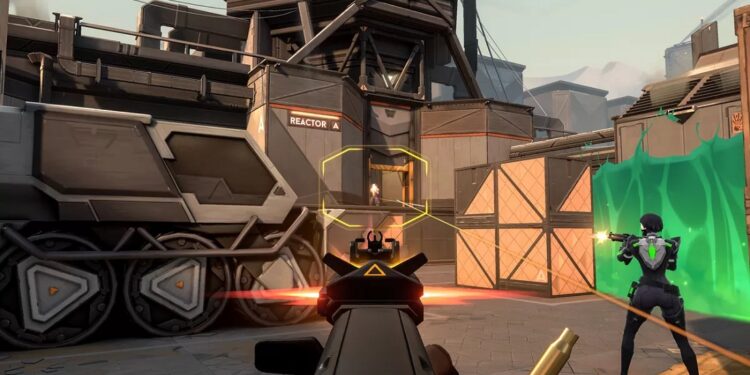 Valorant! The *ahem* “FREE TO PLAY, MULTIPLAYER, TACTICAL, FIRST PERSON SHOOTER”, wow that’s a lot of titles… Developed by Riot games has been out for a little while now, since the 2nd June 2020 to be exact and as you can imagine, since the closed beta in April, I’m sure you can imagine a fair bit has changed but so far Valorants it’s on tracks for a great future, well that’s nothing to be surprised for right?

After all, Riot created the ultra-popular and successful League of Legends, coming from such a successful community there’s not a surprise to see sportsbooks already offering Valorant introductive guides to fans, players and why not Pros as well! But how have the recent changes benefited the game in terms of creating a competitive scene for eSports?

Changes Since the Beta?

So, we’re gonna talk about the changes Riot have made to the game since beta, we’ll get into them in some level of depth, then one by one talk about how they’re good (or bad!) for the game as an eSport or a competitive scene in general!

The first thing to mention is that they’ve worked a LOT on performance and are continuing to do so. Although they haven’t mentioned how they have done this, any performance buffs are ALWAYS going to be a huge plus. Players reported FPS increases across the board, some more than others. It has been proven that having more frames in an FPS game (Such as CS:GO or Valorant) tied in with a high refresh rate monitor (120-240hz) can make you a much better player, if your monitor refreshes faster, it means you can technically SEE the image quicker, the sooner you see something, the sooner you can shoot it. I think it’s fairly obvious that this is a huge change and any more buffs to performance will be more than welcome by anybody looking to play this game seriously!

Updates to the Maps 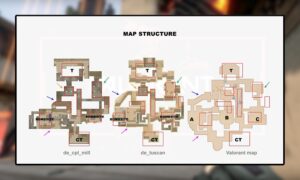 Secondly, they made some updates to the existing maps (and added a new map, Ascent!) we’ll talk about Ascent first, this map was made with a large open area in the center, this was made so there was an area for the team fights and to allow for more diverse use of abilities, we all love watching crazy team fights don’t we. Then they changed the midpoint in Split, the developers felt that defenders were able to easily block off that entire access route for too much of a round, so because of this, they opened up the area to give an additional route to get around stalling abilities and also gives attackers another angle to get towards B tower.

Not only did they add a new map and make changes to Split, but they also added to their system that helps fight against map exploits, which is basically there to stop people from getting out of the playable area. So where to begin? In my opinion, more maps are good for eSports titles, while watching games like Smite & League of legends is entertaining, at times, with there only being one map, it can get quite repetitive. However in games like Valorant and CS:GO, the fact each map has its own tactics provides for much more diverse gameplay in a competitive scenario and more varied viewing experience for the fans. Then, when the developers are making changes to existing maps, it’s a good sign, sometimes it shows they’re wanting to keep things more balanced, other times it just shows that they haven’t forgotten about older content, either way, it’s a good thing for me!

Of course, there were also many bug fixes, we won’t get into all of them, only a couple that makes the experience better for the viewers. Occasionally when a game has a spectator mode, it turns out that things can appear buggy for the viewer, but not the player. In this case, there was an issue in the beta where Cypher’s tracers wouldn’t appear accurately if the person controlling the spectator mode swapped to him after he had entered or exited his camera, of course, this can mess up the experience for a viewer, then a somewhat smaller fix is that there was an issue with animations when aiming with the Odin for spectators, again minor things but when they’re all added together than can make for a bumpy experience.

READ:  Best Must Play PSP Games of All Time

Valoran Viability as an Esports

Of course, when creating a solid eSport, the only important factor isn’t how the game plays for the competitors. It’s also really important how the game is viewed for spectators, Rocket League is a fantastic example of this. Because let’s face it, if you can’t see what’s going on, it’s going to be impossible to follow, overall Valoran is a fast-paced game and an interesting mix of CS;Go meets Overwatch, but we cannot deny the fact that is risen in popularity, hence I have zero doubts that the game will have a successful Esports path in the future.

That’ll do for now, but it’s nice to see that Riot are still changing the game for the better and helping to create yet another viable eSport, in these ever-changing times of COVID, the more eSports we have the better as it’s only continuing to grow in popularity, what do you think? Do you support the changes or are they too much for you? Let me know over on Twitter at @Stubat_ as always I’d love to hear you folks’ thoughts!