What Does it Look Like When a Country’s GDP is Growing? 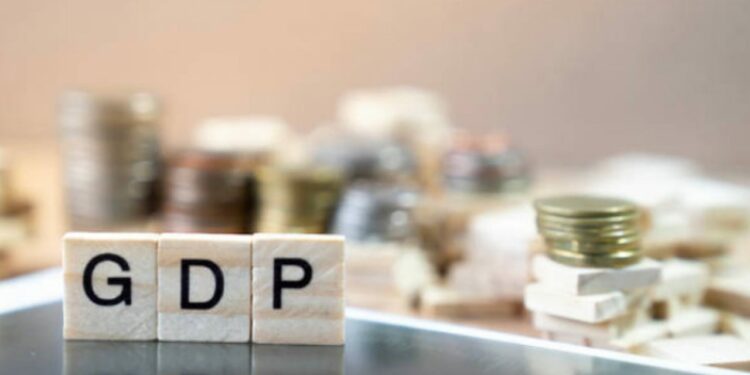 GDP can be one of the aspects of life that people don’t fully understand. If you haven’t studied economics, for instance, there is every chance you just know roughly what GDP represents rather than how it is calculated.

So what is GDP and what is it like when the GDP of a country is growing? The system may not be perfect, but it is a good way to monitor the growth of the economy of a country, as we describe below.

GDP has been created as a simple measure of whether a country’s economy is growing or not. It stands for gross domestic product. It also helps us to determine when a country is in recession,  as consistently falling GDP is classed as a recession.

The GDP of a country is the total value of all the services and goods exchanged in that economy over a set period, which may be a monthly, quarterly or yearly measure. It includes all sectors. In theory, when you go to the store and purchase a book, the value of that book is included in the GDP of the country.

The International Monetary Fund World Economic Outlook Database shows us a lot of information about GDP and its growth or decline around the world on a country-by-country basis. An upward trend in GDP is generally very good for the country in question, but exactly how does this look?

What is it like when a country’s GDP is growing?

In the absolute simplest terms, there is more money flowing around. This relates not only to how much money is in peoples’ pockets, but the confidence people have to spend it. In a time of economic prosperity, things such as luxury products can thrive as people have more money to spend on non-essentials. When GDP is falling, people are more likely to focus on only the essentials.

READ:  The Benefits of Getting a Toll Free Number for Your Business

Here are some of the signs you will see when a country’s GDP is growing:

Companies, as well as public funds, are more likely to invest their money if the economy is booming or if they spot opportunities to do so. If you see new houses being built, new stores or a trend towards a lot of new investment into businesses and growth, then it is likely that GDP is doing well. There are always exceptions to the rule, but growing GDP leads to people investing more freely.

In turn, a strong GDP can result in government spending being increased. Of course, numerous political factors are at play here, but a country with more money being raised in taxes can spend more on health services, schooling, policing, as well as funding new research and innovation. Governments are more likely to spend money in these times rather than scaling back.

There is a huge impact on the jobs market when companies are doing well. It stands to reason that there are more jobs created, and therefore an increased demand for skilled workers.

In a job market which favors those with skills, people are in a much better position to negotiate pay raises, especially as there are likely to be other jobs available within other companies.

READ:  Key Indicators To Know If You Have Implemented A Successful Flexible Working Environment

It isn’t easy to run a smooth-operating business, but in times of economic growth it does become a little more straightforward. You’re more likely to see stores opening and doing well during times of growth, and this is just one example.

GDP as a Measure of Growth

GDP is an excellent mechanism to get a snapshot, but there are some examples of it not being 100% reliable, and it doesn’t account for every single aspect of a country’s prosperity. For example, in the Republic of Ireland where growth is currently relatively high, the high GDP figures have been described as misleading due to the presence of multinationals and the debt of the country.

Guyana is one country where the GDP is growing at a huge rate, and a great example of an economy doing well, as investment from abroad comes into the oil sector. The government is using some of the wealth generated to support projects such as improving internet and power access around the country.

GDP is a very useful metric to give a snapshot and an overview of how a country is doing. While the full economic outlook requires more research, this is one way you can get a rough overview of the domestic situation in any country.

What Types of Customer Support Outsourcing Fit Are There?