What is Quantum Technology? And Why is it the End of the Digital Revolution?

by ForTech
in Tech 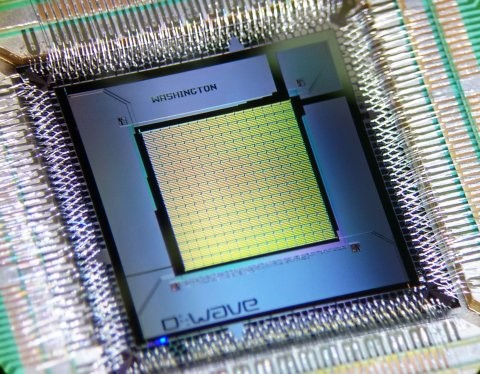 Advancements in technology today did not just progress incrementally through the years but have taken leaps and bounds towards a future that is bringing the world of computing to quantum speeds.

Quantum technology has been the buzz of the town since 1997, with tech giants like Google, IBM, Intel, and even Microsoft competing for “quantum supremacy.” Quantum supremacy is the goal of exhibiting that a programmable quantum device can crack a problem that no traditional computer can practically solve.

Google claimed quantum supremacy in 2019 when its quantum computer was able to perform a task in 200 seconds, something that would have taken 100,000 years for today’s supercomputers to accomplish. IBM contests these claims, but experts concur with the results of Google’s extensive and heavily-funded research that produced the Sycamore quantum computer.

As advanced as this feat is, experts and even Google itself assert that quantum computers are nowhere near ready for practical work. The commercial release and use of this type of technology is still a long way off from today.

What Quantum Technology Is 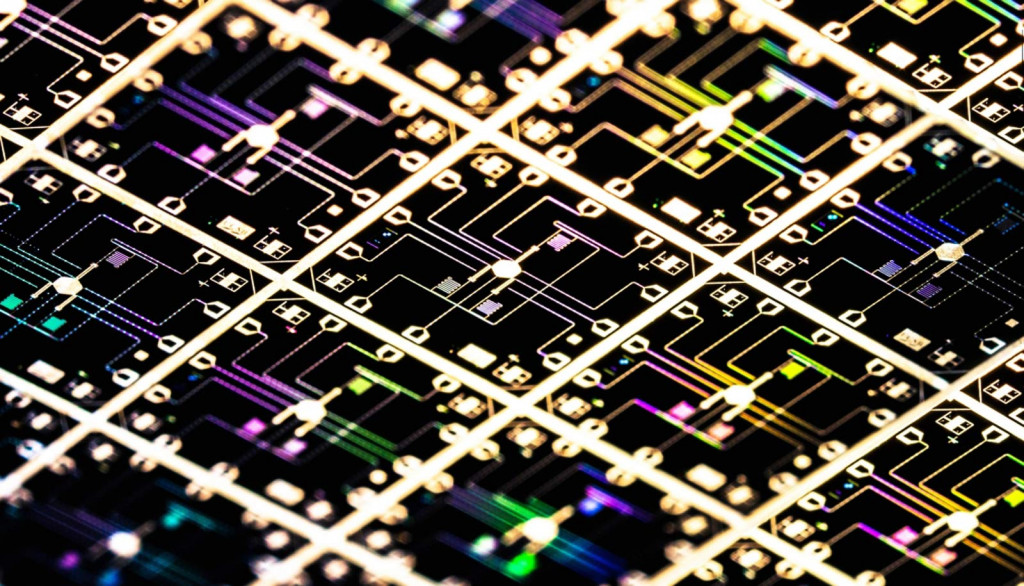 Quantum computing is part of the field of Quantum Information Science that uses Quantum Theory to develop new technologies and techniques. Regular computing relies on the concept of a straight-forward binary number designed for the first computers after World War II. It means that all computer instructions and computations are translated into strings of binary numbers zeros (0) and ones (1).

However, quantum computing directions can be simultaneously in a state of 0 and 1. Parallel computations mean that computing can be done at superfast speeds compared to conventional computing. When the technology is finally brought to the consumer’s level in the not-so-distant future, it will transform existing industries like food and drugs, medical sectors, and the stock market. Every industry working on gene sequencing will also benefit greatly and push research and application into rapid developments. Quantum technology created quantum computing, quantum sensors, quantum cryptography, quantum simulation, quantum metrology, and quantum imaging, based on the properties of quantum mechanics.

However, some experts are concerned if quantum technology will be the end of digital technology and, ultimately, encryption technology, which is a core component of cybersecurity.

The Digital Revolution and Its Impending End

The Digital Revolution began around the late 1950s to the late 1970s, when the world witnessed the turn from mechanical technology to digital electronics. The Digital Revolution brought about more effective and efficient business productivity across industries and sectors, leading up to where we are today technology-wise. The connectivity gap prior to the digital revolution was decreased immensely as digital electronics not just made our lives easier, but brought the world closer together.

As in any technological advancements, downsides cannot be entirely avoided. In this digital era, there is an increasing decrease in personal privacy and a remarkable dilution of verified information and even professional journalism. There is a proliferation of fake news, for instance, sometimes even part of social engineering schemes and strategies to sway the population to think and act in a certain way. Digital revolution also brought cyber attackers closer to home, invading our family’s space, and even hacking into our private networks through digital wonders such as smartphones, smart home devices, and even something as simple as wearables. It’s also more difficult to separate personal and professional life harder, which is a growing concern among families as we see a steady decline in the nuclear family.

Despite all the pitfalls of the Digital Revolution, we cannot deny how our lives were made more enjoyable, streamlined, and more productive because of the technology that the digital era has introduced. Information is now easily gathered and highly-accessible. Access to information is now available even in remote areas of the globe. Societal issues are given attention to at a much faster pace and provided more impactful, lasting solutions that can be derived as collaboration between sectors, private and non-private bodies, and even individuals can be implemented more successfully during this time.

However, that Digital Revolution will come to an end. The Quantum Era is peeking at the door, ready to take its place soon. Here is what we need to know about the end of the Digital Revolution, and to prepare to adapt to Quantum Technology and the kind of future that it brings.

Keep your technological advantage, even as technologies are shifting.

As the digital transformation is happening and given that quantum computing and other future technologies are relatively young, you have a lot of lead time to prepare. Educate yourself and your team regarding trends that need to be integrated into existing systems. Conduct upskill training even before integration and test these new systems to maintain your competitive edge and authority in your niche.

Disruptive technologies sometimes come that catch businesses off-guard. For instance, the sudden heavy shifting to online selling or eCommerce has disrupted the brick-and-mortar retail stores still selling through conventional methods. It is not something to recoil from. Disruptions like this will become more and more prevalent. But a company needs to be flexible, quick to adapt, and willing to transform so as not to get knocked off by technological disruptions.

We see a lot of businesses these days morphing into new ways of operation, not just during this time of the pandemic, but even after, as we all enter the world’s new normal. Mom-and-pop shops and SMEs (Small to Medium enterprises) are now surviving through social media and online sales, just like their big industry counterparts.

New businesses have also sprouted as entrepreneurs serve the current needs of people during this time of crisis. Industries also had to revamp the way they do business and operate as lockdowns, and stay-at-home orders have led to the temporary closing of various business sectors.

So other than the unexpected, businesses must also begin to prepare as we are already deep into technological transformations from the Digital Age to future emerging technologies such as Quantum Computing.

Digital strategies must be in place for every single process involved. If reinvention needs to happen, if new technologies need to be integrated, then the company must go through essentials like training, revamping protocol guidelines, organizing roles of human resources, and the like.

As non-digital technologies are emerging like quantum technology and neuromorphic computing, we see companies such as Intel creating heterogeneous computing that integrates digital chips with these non-digital technologies. It has produced the Pohoiki Beach neuromorphic system that can processes data and does specific tasks up to 1,000 times faster and 10,000 more efficiently than traditional chips.

IBM has also developed a network of research laboratories that develop technologies based on quantum computing, and businesses that are willing to adopt the technologies into their systems and operations.

Since all these are efforts are still in the development stage, we are yet to see practical applications that are viable for consumers and industries of the future.

It should not deter us from exploring these post-digital architectures, learn the language and skills required to integrate the technology, and not be left in the dust when these technologies eventually pick up.

READ:  How Technology Is Transforming Transportation

The Next Phase in the Digital Revolution

We will see more cloud-based “intelligent tools” come into the picture towards the end of the Digital Revolution towards a Quantum Era since powerful computing is now being developed.

Cloud, fog, and edge computing technology has also paved the way for the platform economy to flourish as massive amounts of data can now be stored and accessed in real-time. Early adopters include Amazon, Airbnb, and Uber, who have experienced industry-disrupting success throughout the past decade alone.

The migration of most work and processes unto digital platforms, however, is also disrupting corporate systems, human resources policies, and work availability. There is a growing fear that intelligent tools, big data analytics, AI (Artificial Intelligence), Machine Learning, robotics, and other emerging developments that make operations more and more autonomous will cause loss of jobs, especially for the middle class. Any growth needs to be sustainable. Any increase of emerging technologies must not leave human resources displaced, for the latter could hamper any progress that these technologies promise to bring. Sustainable growth needs to begin even now, and there needs to be a wide-scale education and upskills training to prepare the workforce for what’s to come.

Technology is, in itself, designed to make people’s lives better, and it should not come at the expense of the very people it was meant to help.

The future seems exciting, especially with Quantum Computing being a visible part of it. Systems will be faster and more efficient. Although cybersecurity experts are worried if quantum technology can disrupt cybersecurity protocols because it can unravel encryption technology upon which cybersecurity is founded on. Again, quantum technology coming into the level of commercial use is still afar off, but it is soon. The D-Wave 2000Q, for instance, is such an extensive, expensive, and highly-sensitive computing system that needs extraordinary conditions like pin-drop silence and supercooled environments. Since these environments are impossible to recreate on an affordable, consumer-level scale, this gives time for industries and companies, even individuals, to transition well for what’s coming. It gives time for cybersecurity experts to come up with ways how to prevent future systems from hackers and cybercriminals. It offers businesses and industries time to prepare their team for digital transformations and shifts to the quantum-powered developments. Government agencies can be prepared by establishing protocol early on.

Today, we might be entering a new era of innovation, a new era that will be driven by new computing architectures, genomics, materials science, and AI. We should also change our mindsets from seeing transformation to a continuous journey of discovery, as with any type of technology. It is just the initial phase of quantum technology. The rest is yet to come. The pace of quantum technology development is a blessing in disguise, so we can all prepare for the future today.

Ramon has been writing about technology trends, entertainment, and gaming ever since he left the busy world of corporate HR Tech behind. He currently writes about software and user experiences for Softvire Australia – the leading software e-Commerce company in Australia and Softvire New Zealand. In his spare time, Ramon writes science fiction, collects little yellow men and plastic spaceships.

Is There Such a Thing as a Universal Scraper?